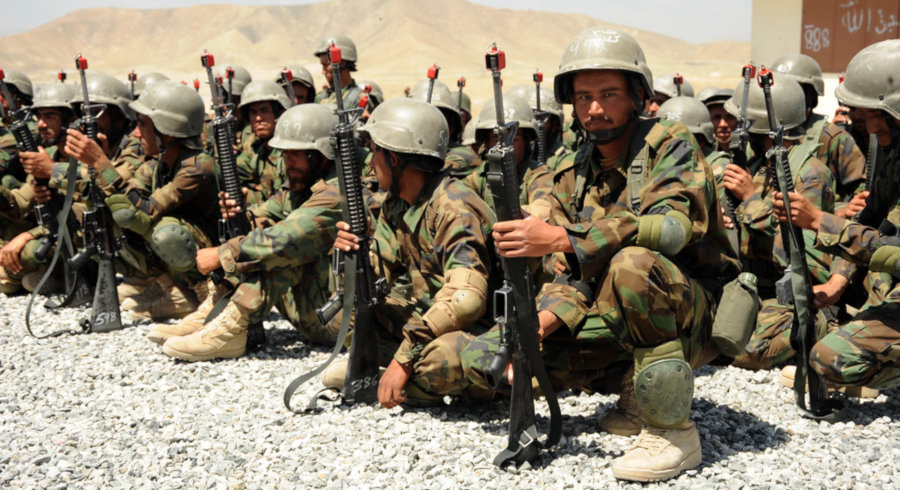 ### Joe Biden has picked a symbolic date for the withdrawal of the U.S. military from Afghanistan, the longest war the country's ever been engaged in. That date is 11 September 2021; exactly 20 years after the horrible terrorist attacks on the same date in 2001. This short post is to explain why this gesture is probably as symbolic as the chosen date...

America is "the greatest purveyor of violence in the world today", Martin Luther King said on April 4th 1967 in an anti Vietnam war speech. This was not only true then, but now and for as long as the country has existed; America has been at war for 93 percent of its time in existence. "Fun" fact: since the Second World War there hasn't been one day that America hasn't been involved in some war or armed conflict abroad, not one single day. The country has some 1000 military basis, of which approximately 600 are spread out in other countries around the world; if waging war is your main source of income, it's convenient to have some of your war machine close, wherever you might decide to invade next...

America is the nexus of the marriage between capitalism and warfare, evidenced by its gargantuan military industrial complex. Even though Democrats like to paint themselves more peace-loving than Republicans, and even when Biden promises to end America's military engagement in Afghanistan this year, the Democrats' military budget for 2021 is the same size as last year; some 700 billion dollars. The marriage between capitalism and the military is one of the main reasons why Biden will probably not be able to keep his word; much of the armed forces in the Middle East consist of private contractors, and many of them have contracts that last until after the announced date of 11 September 2021. If the U.S. government pull them out prematurely, they will face many millions worth of lawsuits against them. Also, Biden's promise is but one in a long line of promises made by American presidents to end wars...

Great empires are built with war. This has always been the case and America is no exception. The British built their wealth on conquering far away peoples and securing their resources, and now America has done, and is doing the same. And here's where the second war enters the story: the war on our minds. America's foreign wars are always sold as defensive or beneficial to the invaded countries. How often have we heard the excuse of "preemptive" action in the war against terrorism (or against the Red Scare before that), and how often have we heard claim that the military is deployed to "spread democracy and freedom"? In large Hollywood productions the U.S. military and the Pentagon check and even rewrite scripts before granting their cooperation in the form of providing military vehicles, equipment and real soldiers. Here are just a few examples in two articles: Six Film Scripts That Were Changed By The US Military and 10 Hollywood Movie Scripts Altered By The Pentagon.

War and the military are overwhelmingly depicted as heroic and having the best intentions, when in fact it's always, always, always about money and resources. Don't ever get fooled; there's never a good reason to wage war on far away people you'll never see in your life. Never. Having said all this, I've not even mentioned how many big national problems in the U.S. could be solved permanently by using a fraction of the bloated military budget on things like homelessness and healthcare. Please watch the below linked video for some remarkable numbers and possibilities on that front. It's time to end the wars...

Should We Reallocate The US Military Budget?

Did he say why he chose that date? Seems odd.

And definitely reduce the funds to the military, but instead of reallocating, just reduce our taxes, by a LOT.