Language Of The Universe 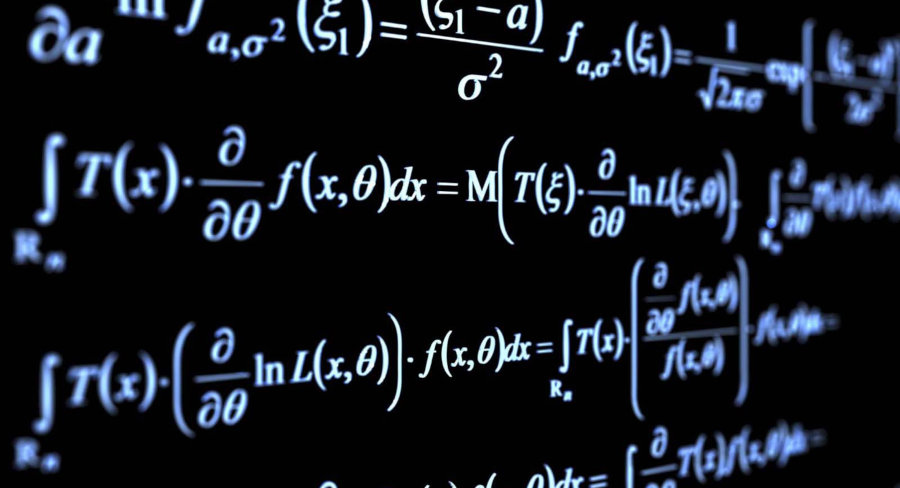 ### It is quite puzzling, when you think about it, that something abstract like mathematics is so well suited to describe the physical reality of the universe we are part of; mathematics undoubtedly is the language of the universe.

One of the most intriguing questions in science is this: is mathematics, the language that is so exceptionally capable of describing our physical reality, invented by us, or is it the true foundation of "all that is" and did we only discover it?

When trying to understand the physical world we inhabit, we've always tried to determine what the elemental building blocks of the things around us are. A lot of philosophies have been thought out to explain reality's basic building blocks, but some smart people had the idea of atoms figured out long before we could experimentally determine the truth of their existence.

The train of thought is quite simple: take a piece of material and divide it in two, and you're left with two pieces of the same material. Take one half and divide it in two again, and again two pieces of the same material are left. Take one half again and... You get it I think: they theorized that there would come a point where you couldn't divide it anymore, that you would eventually end up with the elemental building block of that particular material. And so the atom was born, as "atom" is derived from the ancient Greek "atomos" which means "undividable" or "undivided".

> The theory of Democritus held that everything is composed of "atoms", which are physically, but not geometrically, indivisible; that between atoms, there lies empty space; that atoms are indestructible, and have always been and always will be in motion; that there is an infinite number of atoms and of kinds of atoms, which differ in shape and size. Of the mass of atoms, Democritus said, "The more any indivisible exceeds, the heavier it is". But his exact position on atomic weight is disputed.
source: Wikipedia - Democritus

Okay, they didn't know yet that they actually discovered the molecule in their thought experiment, as most stuff is made of molecules, groupings of several atoms, but who can blame them? Molecules are the doorway to even smaller building blocks, as atoms are held together in molecules by their smaller components: atoms are made of a nucleus with one or more electrons orbiting around it. The nucleus is made up of positively charged protons, while electrons are negatively charged. Protons and electrons are bound to each other through the electromagnetic force between their opposite charges, while the positively charged protons in the nucleus are kept together by the nuclear force that is much larger than the electromagnetic force that makes them repel each other.

Then there's gluons and quarks, different types of quarks even, and eventually an entire particle zoo with names like fermions, bosons and leptons. But now we're long past the point where where we can directly observe the behavior or even the existence of these elementary particles. In a way we're back at a point where the ancient Greek philosophers were when they thought of the concept of atoms; we arrive at their existence through the logic and language we're able to use.

And in that respect we have a huge advantage: our understanding of mathematics has developed way further. And it is the language we use to explore the quantum- and sub-atomic scales of reality. Quarks, muons, bosons, leptons, even electrons... they are all nothing more than mathematical constructs. At least that is the only way we can understand them.

The wonderful thing is that these mathematically predicted particles have gradually been discovered by smashing particles to bits in particle-accelerators like the Large Hadron Collider. And Quantum mechanics is the most precise description of reality we we have discovered yet: Einsteins theories were much more precise than Newtons, but Quantum mechanics is even more precise. Without it our cellphones and GPS systems wouldn't work.

Also the frequent occurrence of certain numbers in nature points to mathematics as something in existence since long before we came into existence. Fibonacci numbers are everywhere. Everything in nature seems to exhibit fractal patterns. And Pi is an irrational number that's discovered in nature now, long after we reasoned its existence.

Pi describes, as you will know, the relation between the radius and circumference of a circle. It's a number that cannot be calculated exactly, as it is an irrational number; there's no limit to the number of digits after the decimal-point. Although super computers have calculated Pi to an accuracy of several trillion digits, it ultimately will never become more that an approximation.

And, behold, in the entire universe, from the nano- to the universal scale, there's not a perfect circle or sphere to be found! Perfect circles simply don't exist! Or let me rephrase that: the question of whether perfect circles exist in the universe is age-old, and I'm on the side that says they do not exist; perfection can sometimes be found in mathematics, not in nature, and Pi is an "imperfect" number. Furthermore, Pi can also be estimated in an entirely different way that seems to have nothing to do with circles.

Take a box of matches, and draw on a large piece of flat paper parallel horizontal lines at a distance of two matches between them. Then throw the matches on that paper so they land randomly on it. Then count the number of matches that cross one of the lines on the paper and divide the total number of matches by that number: the outcome will approximate Pi more precise as you use more matches! Watch this video, it's 6 minutes, but if you don't want to be bothered by the complicated mathematics behind it, the first three minutes will suffice to see the above in action:

This means that if we didn't first calculate Pi, we could have just discovered is by throwing sticks at lines. Nowadays we know that, on average, the length of meandering rivers can be expressed as the straight distance from its source to it's mouth multiplied by Pi (or some derivative of Pi, don't remember exactly). Pi is right there, in nature, long before we discovered it!

That is why I and also many scientists think it's both: we invented the concept of numbers; like we label objects with words, we label quantities with numbers, and we discover the relations between these numbers in our quest to make sense of reality. Mathematics therefore is the language of the universe, so much so that many scientists support the theory that not matter, but information, mathematical information is the true nature of reality. It has spawned exciting new theories like the simulation hypothesis or the holographic universe.

Is The Universe A Hologram?

Is God a mathematician? Is Mother Nature a cold calculating b*#h? Are we avatars with a soul? Do we perhaps project our own reality? It's interesting stuff to think about. I'll leave you with Einstein:

> "Reality is merely an illusion, albeit a very persistent one"

Okay, one more thing then. Below is linked a two and a half hour discussion with Donald Hoffman and Tom Bilyeu, in which they discuss the fascinating possibilities that stem from the theory that evolution gave us the equivalent of a desktop interface that hides the real truth from us so that we can take effective action. They discuss the nature of consciousness, free will, space-time, causality and the self. It's long, but for those who are interested it takes us into some fascinating possibilities, namely that physical reality and even space-time itself are not fundamental, and that we do not, and can not see reality is it really is. Instead mathematics is used on models of evolutionary biology to conclude that not physical space-time and objects within space-time, but consciousness and social networks are the basic building-blocks of our universe...