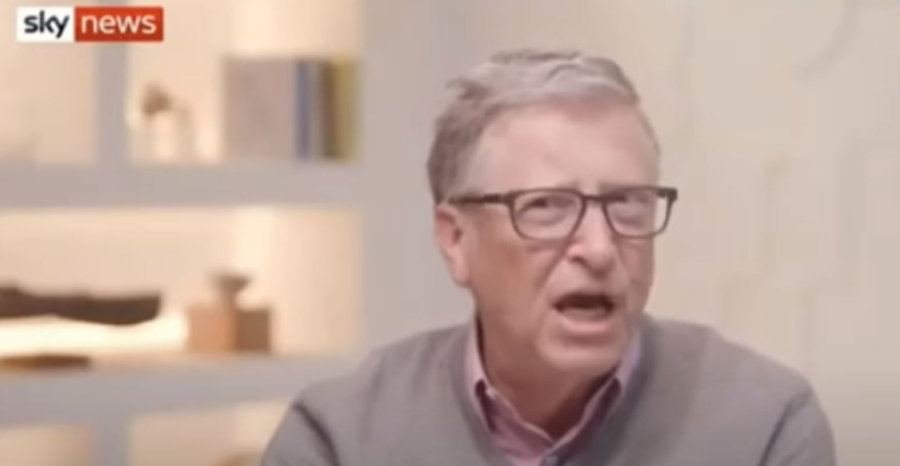 ### I'm going to propose to change the expression "God Complex" into "Gates Complex". In Bill Gates we have a man who thinks he's God. Although, come to think of it, we could replace "Gates" just as easily with "Bezos", "Musk" or any other billionaire who thinks themselves almighty...

Here in The Netherlands we have a writer who goes by the name of Pieter Overduin. He's an ex-psychiatric patient who suffered from manic-depression or bipolar disorder with some signs of schizophrenia. He's cured now, but when he was still struggling with his mental disease, he wrote two brilliant books with two brilliant titles: "I love myself... and the feeling is mutual" and "God is confused, He thinks He's Pieter". Bill Gates and other billionaires suffer from another mental affliction; they have a God Complex and have come to believe they can do anything. People are, for a large part, the product of their environment and when you live in a system that measures your success by how much money you're able to accumulate for yourself, it isn't hard to understand how billionaires come to believe they're special. The richer they get, the more they get reinforced in that feeling of being special, of being better than the rest of us, by constantly being told how good and successful they are.

Elon Musk thinks he's an expert at infrastructure, planning and space-flight, when he has nu credentials in none of those fields. Bezos thinks he's an expert at space-flight as well, and has his own hobby project called "[Blue Moon](https://en.wikipedia.org/wiki/Blue_Moon_(spacecraft))". Bill Gates has declared himself the world's unofficial Czar of Healthcare; with his money and the Bill & Melinda Gates Foundation he has garnered tons of influence in the field of medicine and vaccination specifically. Right now he's being criticized for his stance on releasing the intellectual property rights for the production of Covid-19 vaccines. I already touched on this absurdly evil situation in my posts Patently Absurd and Making A Killing; human lives are being sacrificed on the altar of corporate profits. Literally.

Krystal Ball: Bill Gates Is LYING TO YOU On Vaccine Patent Protection

Power corrupts and absolute power corrupts absolutely, so the saying goes. Whenever a person has power over other people, it morally destroys their nature and fills them with destructive pride. Do you remember Thanos, the ultimate villain of the Marvel Cinematic Universe? Well, Bill Gates has billions instead of Infinity Stones, and even if he means well, his plans are as flawed and evil as were the plans of Thanos. Gates has dedicated his life to conquering disease, to bringing vaccines and other medicines to the poor people of the Third World. Publicly at least. In reality though he's dedicated to protecting the profits and power of corporations and their billionaire shareholders. The megalomaniacal aspirations of this particular billionaire knows no bounds, and this is further illustrated by his plans to block the sunlight in order to combat climate warming: Bill Gates Is Thinking About Dimming the Sun... Again, maybe his intentions are honorable, but decisions on this scale, whether it's the vaccinations or spraying the atmosphere with sunlight blocking particles, shouldn't rest in the hands of one unelected individual; absolute power corrupts absolutely.

I'm not going to say much more on this; just watch the videos. And then ask yourself: is it okay to have individuals with this much power and this much wealth among us? Even if you're a proponent of capitalism and free markets, ask yourself: where does this end?