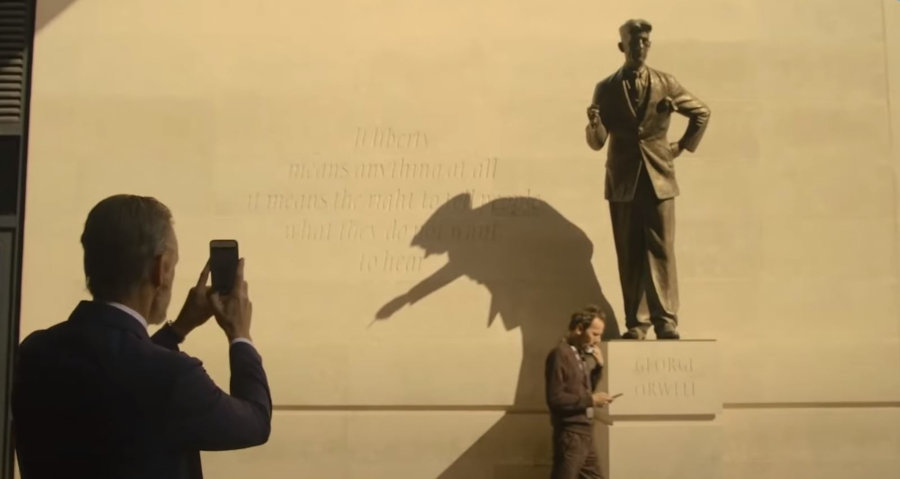 ### Everything is politics. Although we usually refer to it when talking about the government and politicians, the word is defined as "the set of activities that are associated with making decisions in groups, or other forms of power relations between individuals". We all make decisions, we all live in groups, and nothing happens in a vacuum.

In political discourse we distinguish two major flanks; the left and the right. Let me rephrase that: it's actually the left and the wrong. The left - right dichotomy in itself is an over-simplification of anyone's actual political ideals and convictions, and could thus be labeled "wrong" or "not applicable", but there's at least one good reason why I believe this general division between left and right has value; on the right we find conservatives who don't want to change things, especially existing traditional hierarchies, while the progressives on the left want to break free from them, especially when those hierarchies result in injustices toward the groups on the lower rungs. By that very rough and generalized division, the right is wrong. One could say they're traditionally wrong ;-) If it were up to them we'd still be ruled by kings and emperors, women would be barefoot and pregnant all the time, slavery would never have been abolished, and we will forever live under the yoke under the economical powers that be.

People are afraid of change; that's just a fact of life. We fear change because we're not ably to perfectly anticipate the outcome, because the change might make us lose control over our role, and if we're not adequately informed about all aspects of the change, we become suspicious. I believe this is why the conservative political position is perceived as the save way to go. Or the safe way to not go, to stand still. Progressives on the other hand realize fully that not changing, that standing still can often times be riskier than changing. This is true on an individual level, for example getting stuck in a toxic relationship or in a professional career, and for societies, like not abolishing slavery. This is not to say that every change is "good", but that standing still, not willing to even consider or risk change is almost always wrong. The only good reason to not want to progress to something new, is when things are perfect already. And perfection doesn't exist, it's merely a goal to strive for while knowing we'll never really get there.

Conservatives, the political right, are wrong about so many things... George Orwell once wrote this about political language: "Political language is designed to make lies sound truthful and murder respectable, and to give an appearance of solidity to pure wind." Isn't that the truth? But I dare add that this practice is found predominantly on the conservative side of politics. Not entirely of course; all political parties and politicians, on the right and the left, commit the sin of make-believe, as everything in our time is skewed by an addiction to PR and wanting to make everything seem shinier than it really is. But conservatives simply need to lie more in order to convince people that everything's just fine the way things are, or the way things were decades ago even. "Make America Great Again" implies that everything was better, great even, in some undefined and romanticized past. Which is a lie. And was a lie to begin with. Obama's "Change We Can Believe In" was a lie only after the fact, because he didn't change anything really. It would have been better if he had.

That's just one example, but there are loads. Where do we find the largest opposition against science? Where are most "Q-Anon" believers, "Flat Earthers" and climate change deniers found? They're politically right, and wrong. The video I found for you today is about how the online political right wing has been consistently wrong about George Orwell's dystopian novel "Nineteen Eighty-Four". They love to refer to that book in their criticisms of the political left, whether it's socialists or "woke" liberals. In their incessant whining about "cancel culture" they refer to the novel's equivalent of the overbearing state, Big Brother. When Walmart in 2019, in the aftermath of a major shooting inside one of their stores, announced a change in its gun policy by discontinuing certain kinds of ammo, discouraging open carry in its stores, and calling for reforms to US gun law, conservative pundit Ben Shapiro had this to say via Twitter: "The Left has found a new way of implementing policy from the top down, without the use of government: simply pressure massive corporations to do their political bidding." That was wrong; Walmart's move represents not some malicious intervention by a liberal nanny state, but rather the company responding to the free market. Not "woke capitalism" but "good PR".

Jordan Peterson refers to the book when he's ranting about post-modern Cultural Marxists limiting his freedom of speech. Peterson is an intelligent man, so I have to ask myself: is he really not aware that "cultural Marxism" is a conspiracy theory used by Hitler to demonize the Jews? Back then it was called "kulturbolschewismus" (Cultural Bolshevism, sometimes referred to specifically as art Bolshevism, music Bolshevism or sexual Bolshevism), but it was exactly the same; a term used to denounce modernist and progressive movements in the culture, led by intellectuals in academia who intent to subvert "western culture". Doesn't Peterson know all this? Maybe he doesn't, as he also doesn't understand Orwell or his books, just like so many other conservatives. Orwell wasn't a defender of western culture. He was a socialist who was against Stalin. He was extremely disappointed that Stalinist Soviet Union had made an authoritarian monster out of their socialist experiment. And all the restrictions to free speech, journalism and the thought-police in his famous novel wre derived from his experiences as a reporter for the BBC; Orwell was angry because he could not speak freely as a result of the "Red Scare" that reigned in the western world during the Cold War. Anyhow, just watch the video for Orwell's story and why Peterson is a fan for all the wrong reasons...