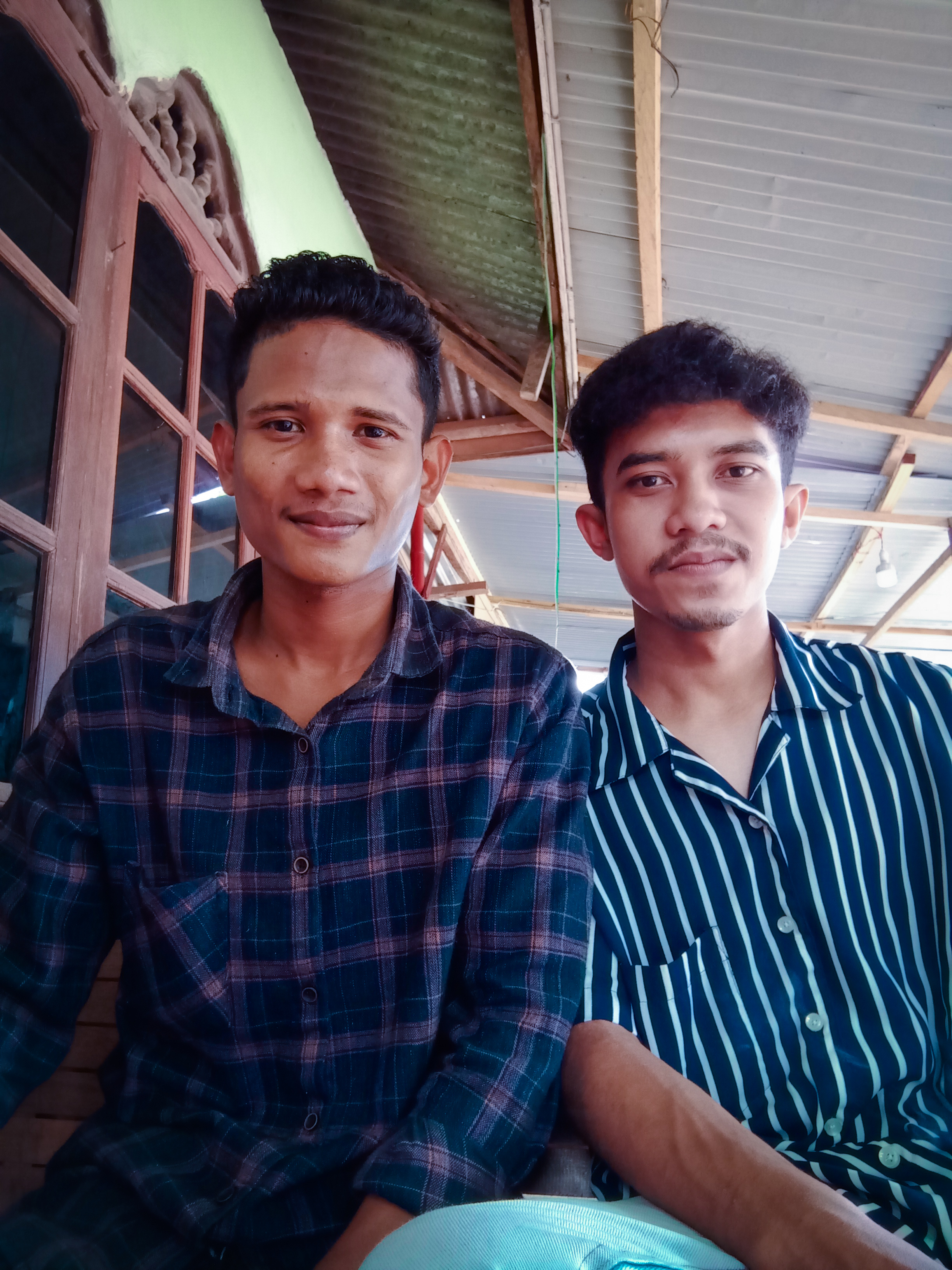 Assalamualaikum Steemians Everyone how are you today? Have a good day as usual !! This morning I just came home from the pesantren and immediately saw a call from @sisol to take part in a contest posted by @ arie.steem and after reading the rules and conditions of the contest I was interested in following it. See the post here

In this contest post, I invited my cousin, Ammar Khatami, who has been my best friend since I was little because I lived in his village and I immediately took him to a simple coffee shop in the village to register Steemit for him.

After a while I explained how Steemit worked and I immediately helped him create an account and explained how important the Steemit password is so he has to save it properly to avoid account theft.

I created an account for him and he chose a name for his account, which is @amar01 and I immediately explained how to do the first task in his post, which is about #achievement1 and he immediately made it.

When I explained about Steemit to @amar01 at that time there was a young man in the shop who listened to my conversation and I also offered to him and this is a very good #promo-steem because it can attract the attention of other stall visitors to join. The coffee shop that I promote Steemit is located in the village of Tingkeum, Nisam sub-district, North Aceh district, to be precise in Indonesia.

So I expect full support from @steemcurator01 and some of the booming accounts because this contest is very good for Steemit. And I am very grateful to all the #promoters in every country who have done such an extraordinary thing for Steemit and all of us.

Congratulations...!!! You Got Upvote 100%
By: PromoSteem Community