US Army Admits It's Conducting A Classified "Secret Operation" Near D.C. 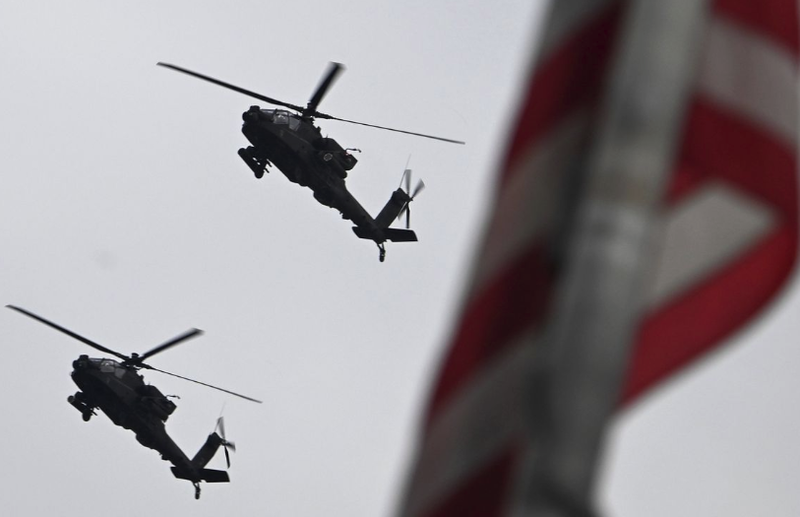 This really makes you wonder how people can trust what the government says and does. It is baffling that people think defense is meant to defend the people of the United States.

The reality is the military is defending those in power. Here is an example of the armed forces doing things on American soil in preparation for any uprising. "Classified" and "National Security" are code words for "we do what we want without any accountability to anyone".

The United States Army is in the midst of a classified "secret operation" around Washington DC, Bloomberg first reported. There has been virtually no public information about the secret operation, which has Black Hawk helicopters flying over the area and is backed by active duty and reserve soldiers.

The classified mission was only revealed after the Army asked Congress for approval to move funds in order to free up $1.55 million for aircraft maintenance, air crews and travel in support of what they called an “emerging classified flight mission.”

That request was part of a larger $2.5 billion request to "reprogram" funds in the current fiscal year budget to programs that are considered high priorities.

The Defense Department was tightlipped about the mission: "Without additional funding, the Army will not be able to perform this classified mission. Soldiers from assault helicopter company and aviation maintenance units will be supporting the mission with 10 UH-60s and maintenance capabilities for four months."

"The money will also pay for a specialized 'Sensitive Compartmented Information Facility' at Davison Army Airfield at Fort Belvoir, Virginia, just outside Washington."

An army spokesperson declined to comment to Bloomberg about whether or not the mission may involve protecting the White House or federal buildings or if it’s making use of specialized commando units like the Army's Delta unit and the Navy's Seal Team Six.

The operation began early in the fiscal year, which started in October 2018.

87.08$ has been spent to promote this content using Steemium.
Learn more here!