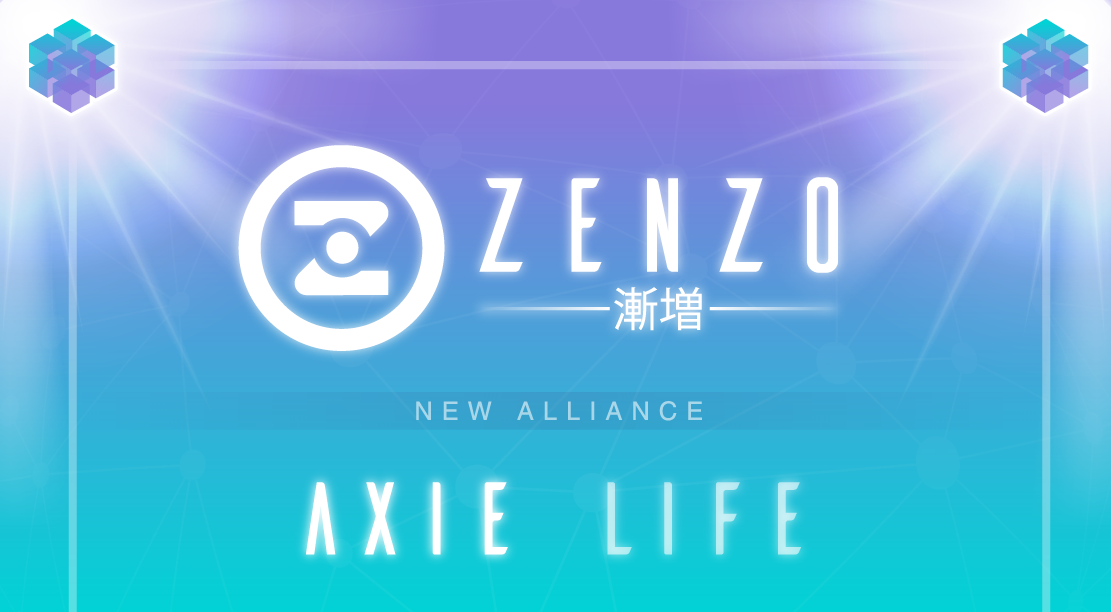 ZENZO is happy to announce the Official Alliance with Axie Life! We are excited to get more involved in world of eSports, especially those related to blockchain and cryptocurrencies. With this alliance, we are able to help support the growth and development of one of the fastest growing blockchain-based games, Axie Infinity.

What is Axie Life?

Axie Life was created to serve the rapidly growing world of Axie Infinity. A group of highly talented people have come together with a single vision in mind of helping Axie Infinity grow by providing support to its user base, so that the team can focus on development. The Axie Life Team is dedicated to bring regular content in multiple forms and provide a central place for you to get your Axie on!

.The Axie League will be a first for the Axie community and there is already a waiting list for the next season. The Axie League is one of the first, if not the only blockchain-based league format. It is an epic team competition, where you play with a group of 3 players against other teams. In the past months during the Axie Tournaments, we could see that Axie Infinity has a great future in competitive eSports. That is the reason why RCTech(& team), Joshbaked, and ZENZO decided to create the Official League format.

There are 2 divisions in the Axie League. The Lunacia Champions League (LCL) is a league for the veterans and the most competitive Axie players. The Lunacia Promotional League (LPL) is a league for semi-pros and amateurs. Players can only select a total of 5 axies you will play with in the League. Also, players can only switch out your axies a limited amount of times. This rule will ensure that the League remains highly competitive, along with unpredictable and surprising results. Practice battles, team meetings, and watching the Axie League will help you to perform better in this league. People sometimes say “ talent wins games, but teamwork can win championships” and that definitely resonates with the vision of this League.

Each week there will be a 3 vs. 3 matchup and after 3 weeks, there will be playoffs. These playoffs will decide which team can call themselves the first ever winners of the ZENZO Axie League.

The prizes are divided out by several ways. The winner of the Champions League, the winner of the Promotional League, the team of the week, and the match of the week. Total prizes for the all of these fields include Luna Tokens (4,000), Lino Points (3,000), ZNZ (4,000), and 16 axies (MEO, MEO II, Virgins, etc.). There will also be random prizes during the live streaming for viewers!

For News, Updates, and Announcements: