My favorite poet: By : @zeeshanakram 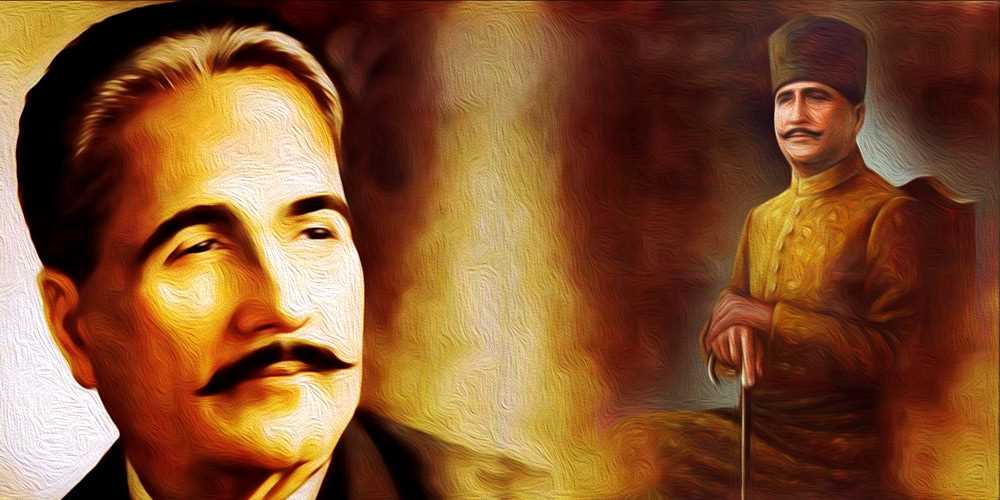 Hello! friends. How are you. I hope you will be fine all of you. Alhamdulilah I am also fine with the grace of God. Friends My name is Zeeshan. I am student of BSCS. I always try to write interesting post. I am thankful to this community and also steemit. Now in my post i will share with you my favorite poet. The Great Allama Muahamamd Iqbal. He is my favorite poet. I am very fond of reading poetry of Allama Iqbal.

Let me tell you about a beautiful man Who dreamed of building Pakistan. At the same time, he was called the poet of the East.

When Iqbal grew up,So your father took you to Ghulam Hassan.Ghulam Hassan used to teach in the local mosque.Sheikh Noor Mohammad was to visit him. From here Allama Iqbal's education began. According to the constitution, it started from the Holy Quran.This went on for a year A famous scholar of the city came here his name was Maulana Meer Saeed Hassan. He was impressed by the intelligence of a child. Whose child is this? When discovered, they walked towards Sheikh Noor Mohammad. The two were close acquaintances. Maulana stressed that Don't limit your child to madrassa education Even give him a modern education. He wished that Iqbal should be given in his training. After thinking for a while, he handed over Iqbal to Maulana. His madrassa was near the house of Sheikh Noor Mohammad. Here Iqbal started studying Urdu, Arabic and Persian literature. There he would get admission in a college. And that's where his poetry begins.

You have been fond of poetry since childhood. But they would not listen to anyone, they would write and tear up.But now poetry was not just hobby for them Rather, it had become a requirement of the soul. You had a great name in Urdu poetry. Some people even sent student applications.
After Some time Iqbal take admission in Govt. college Lahore In BA. And Started to live in hostel. Then he selected Arabic, Falsafa, and English. In 1898 he passed his BA and take admission in MA Falsafa. Then he met Professor Thamas Arnold. He established Iqbal's intellectual spirit. In 1899 he passed MA and got first position in all over Punjab. Poetry also continued during this time.

source
Once in a while, iqbal's friends take him in poetry party. Many great poets had come there When he recited one of his ghazals, the great teachers started jumping.They wholeheartedly praised you.Thus in poetry your condition is accepted.
In 1905 Iqbal went to England for higher education and take admission in Cambridge University. After getting Doctorate degree he went back London. In 1908 he reached Delhi. In August 1908 Iqbal came back Lahore and started advocacy. He has dreamed of Pakistan.
He is my favorite poet and my favorite hero. Nations never prosper their heroes. He was died in 21 April 1938. He was buried in Lahore Near Badshahi Mosque.