Why Is Australia’s Vaccine Campaign Moving So Slowly? 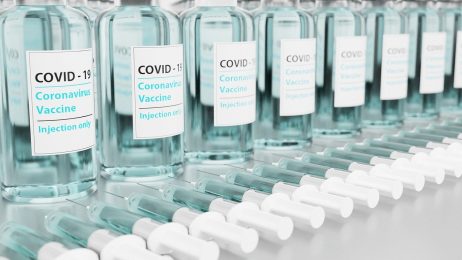 More than 6 million Australians are currently eligible to receive their first dose of the COVID-19 vaccine, as Australia enters the second stage of its vaccine rollout.

Phase 1B will allow Australians aged 70 and over, Aboriginal and Torres Strait Islanders aged 55 and over, younger Australians with underlying health conditions, and frontline healthcare workers to get vaccinated, but the effort is already hampered by delays in the first phase and vaccine shortages.

Prime Minister Scott Morrison said in January that the government expected to have around 4 million Australians vaccinated by the end of March, but just a week out from the end of the month, only 260,000 people have received the jab.

The government said they hoped to start the vaccination process, which began on February 21, with around 80,000 vaccinations a week (11,500 a day), but the first week saw only 33,700, followed by 53,000 in the second week. Of the 4 million expected, only 6.25 percent have received the first dose, despite being three-quarters of the way through the period in which officials aimed to reach that 4 million mark.

Australia’s longer-term target is to fully vaccinate all Australian adults by the end of October, which equates to around 200,000 doses per day, quite a jump, given earlier failings to reach even 11,500 a day.

It appears that a combination of government mismanagement and vaccine protectionism is to blame for the faulty start.

When Australia secured 53.8 million doses of the Oxford-AstraZeneca vaccine, it was with on the condition that 3.8 million doses manufactured in Europe would be delivered to Australia in early 2021, while the medical regulator moved to approve domestic production of the vaccine.