COVID Vaccine passports are the gateway to state absolutism. 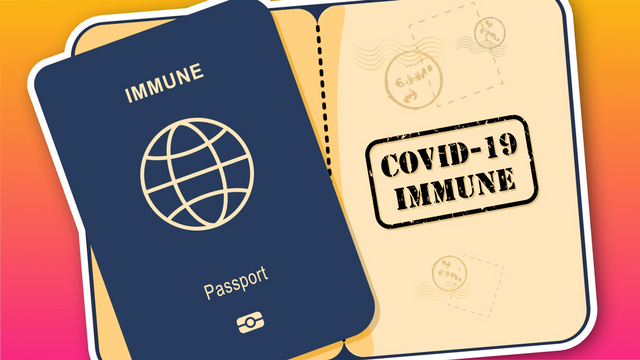 There are people with brilliant liberal minds who are inclined to advocate for the acceptance of Covid passports certifying that the bearer has been injected with an approved Covid vaccine. The vaccination must of course be completely voluntary, it is said. Such a passport, it is said, will at least free people from perpetual house arrest and those who refuse to ‘voluntarily’ be coerced into being jabbed with whatever the absolute authorities declare to be approved will simply give up their freedom of movement and association and speech and..?

Yes. And what else? The right to buy food? The right to seek employment? There was until one little year ago English Common Law by which, after the development of 800 years, it was accepted that these and other common freedoms were the people’s birthright as human beings. Now by some sort of international presto-change-o, 800 years of rights are now transformed to privileges. The State giveth and the State taketh away, Blessed be the name of the State?

Which do you prefer? Imprisonment and social and economic ostracism for life? Or accepting the jab and getting your “pass” which WE can revoke at any time? Isn’t this a sort of "Sophie's Choice"? In the eponymous movie Meryl Streep's Sophie is told by a Nazi guard she can choose one of her children to be saved or they both will be gassed; in the event the Nazis murder both children and she kills herself from guilt. We are being presented with the choice between condemning all the people to perpetual confinement or liberating some of them by approving these vaccination passes. In the event we can be sure all the people will be enslaved.

By its very nature any sort of vaccination pass is a guarantee of perpetual slavery for everyone, whether they carry a pass or not. Look at Canada. The people arriving at the major airports from abroad are told they must present a recent certificate proving a “negative” PCR test. But when they do, they discover that that doesn’t matter, they still must be tested again and they still are confined at their own expense for 3 days and tested again and so on and so forth – whatever the Health authorities and the police, now transformed into the Health Gestapo, demand now or any time in the future. Any sort of "Vaccination Passport" or pass will be exactly the same. How could it not?

The manufacturers of the Pfizer, Moderna or Astra-Zeneca “vaccines” declare that these jabs will not prevent you from catching the virus nor will they prevent you from passing it on even if you have no "Symptoms" (no illness at all) nor will the jabs or any certification of vaccination or of positive test results save you from having to be constantly re-tested and re-jabbed and "quarantined", ill or not. So I ask "What do I get in return for submitting to your jab?" and the answer comes back from the WHO and the Government which has become its Enforcer, "Not one thing but we don't give a damn what you think. This isn't some kind of democracy! Don't you get it, you insignificant little hamster?”

How can people who justify a vaccination pass ignore these contradictions? How can they not look at the really very easily understood details like the fatal problem with the PCR assays and the openly published animal experiment disasters with previous attempts to use mRNA? It’s emotional, isn’t it? People who have families and who must toe the line or be fired are being blackmailed. Understandable, frightening as that is.

But what about older liberal people of obvious brilliance like retired British Supreme Court Justice Lord Sumption? He’s beholden to one and holds many liberal views which his former colleagues condemn as radically libertarian, so far have they come from what was once centrist liberalism. Yet he advocates a vaccination passport and is sure that the risk of the vaccines and the even greater risk of a slide into complete State absolutism are acceptable. What explains this contradiction – one which every single commenter on the video interview he gave noted and vehemently condemned? Too much gazing into the rear view mirror (the characteristic temptation of aging intellectuals, isn’t it?) and not nearly enough acknowledgement of the covert growth of the police state and the fatal abuse of English Common Law that has taken place under the very noses of people like his Lordship?