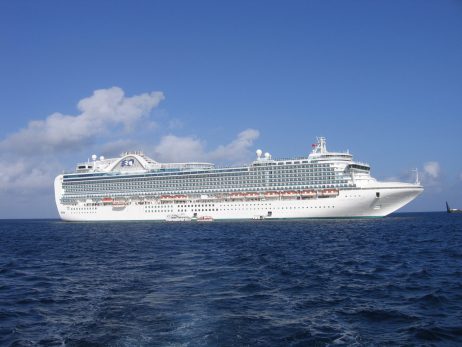 A cruise ship that is the subject of a criminal investigation after it became Australia’s largest single source of coronavirus infections set off from the country’s shores Thursday a month after it was ordered by police to leave.

The Ruby Princess has been linked to 19 deaths in Australia and two in the United States. Australia has recorded 75 coronavirus deaths. A government inquiry is underway into why 2,700 passengers and crew were allowed to disembark in Sydney on March 19 before the test results of sick passengers were known.

Many passengers flew from Sydney overseas. Two died at home in the United States, including 64-year-old Los Angeles resident Chung Chen, whose family is suing Princess Cruises for more than $1 million for failing to alert passengers to the risk. Princess Cruises is a subsidiary of Carnival Corp., which is incorporated in Bermuda and headquartered in California.

The Ruby Princess delayed its departure from Port Kembla, south of Sydney, because of sick crew members, several of whom have died in Sydney hospitals.

It left the cargo port with a skeleton crew late in the afternoon nudged by two tug boats.

A large banner strung across its stern said: “Thank You Illawarra,” referring to the coastal region around the port.