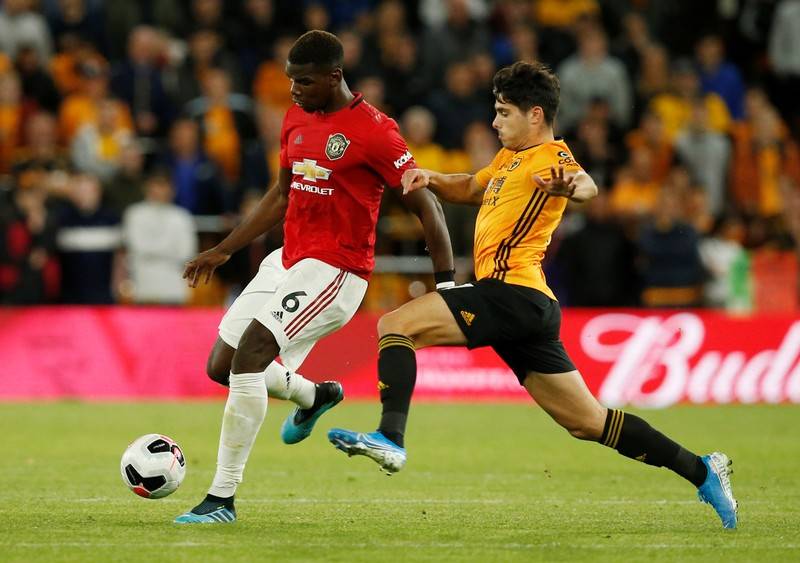 Manchester United were held 1-1 at Wolverhampton Wanderers and missed out on taking top spot in the Premier League on Monday as a sumptuous Ruben Neves strike cancelled out Anthony Martial's first-half goal and Paul Pogba missed a late penalty.

After a 4-0 home win over Chelsea on the opening day, Ole Gunnar Solskjaer's team dominated the early exchanges and led after 27 minutes when Marcus Rashford slipped the ball in for Martial to score his 50th goal for the club in all competitions.