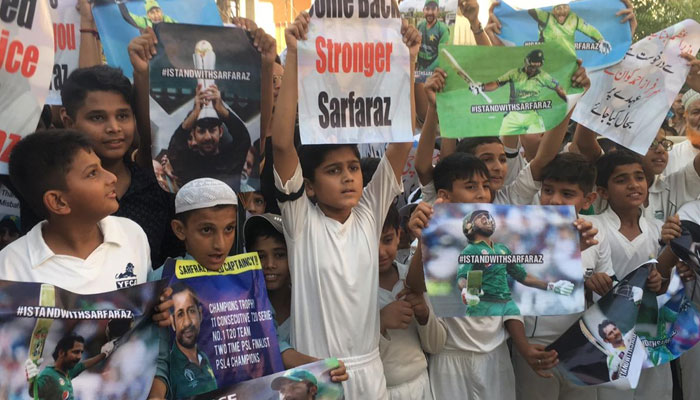 The pakistan cricket board (PCB) had dismissed sarfraz ahmed from the leadership of the national team in recent days but the board's decision did not spare the eye of cricket fans in karachi. Is the decision to remove sarfraz right or wrong. public opinion fans gathered outside sarfraz residence in karachi on sunday, protesting against the PCB in solidarity with the former captain.