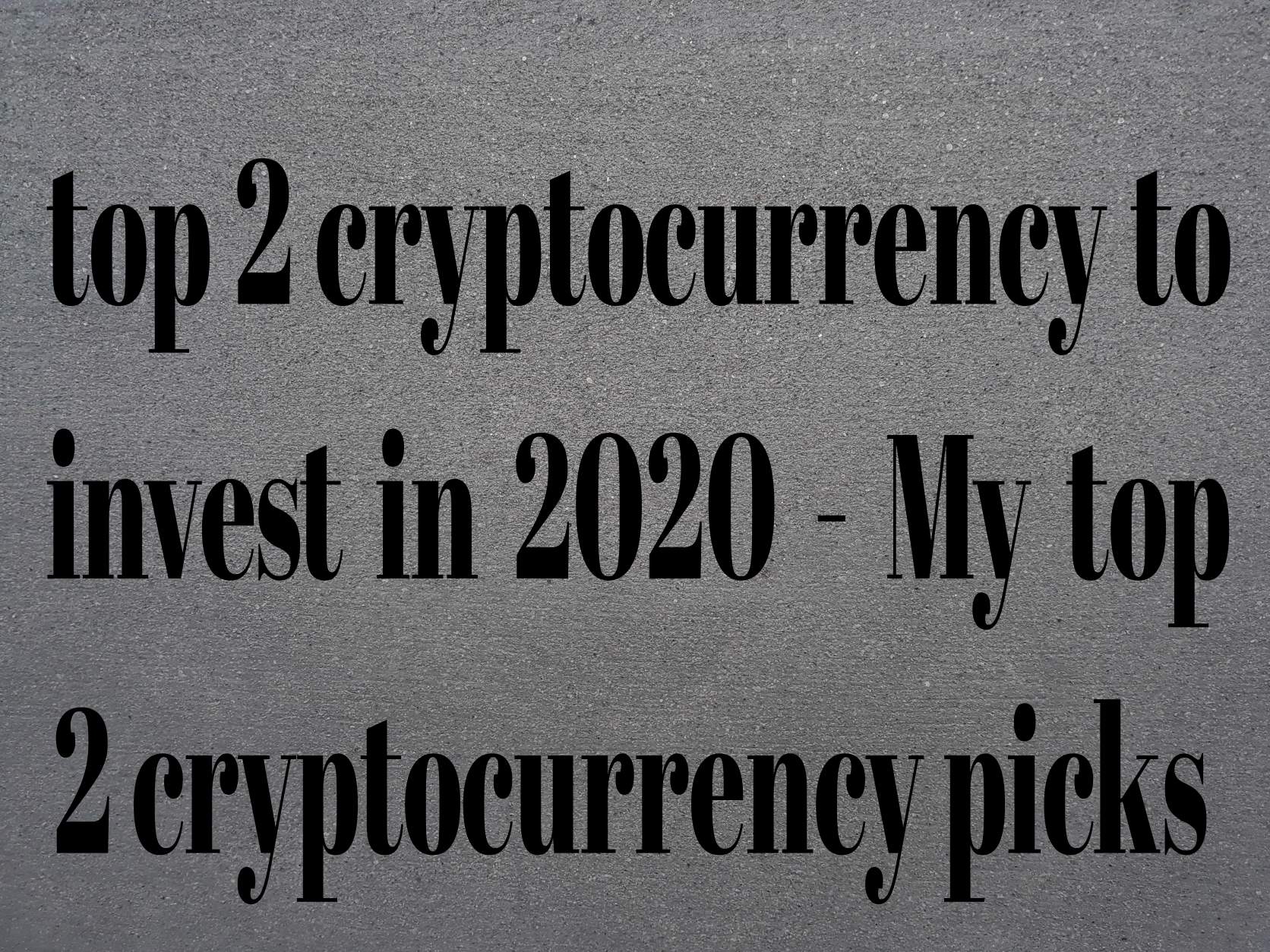 Since Blockchain evolved to be one of the most feasible technology in next 10 years, we have countless options in the cryptocurrency list to invest
2018 was a great year for cryptocurrencies and #bitcoin as their market capitalization grew to $800 billion in January 2018 Unfortunately, after that, we saw a huge correction as the prices of almost all of the top 10 #cryptocurrencies crashed in 2019

In this article, I am going to share with you an overview of the most popular cryptocurrencies in 2020 and beyond remembered its totally based on my personal experience and information it's not a financial advice.

So, by the end of this article, you will not only know the top 2 cryptocurrencies to invest in 2020 but also the reasons behind their popularity.

Bitcoin was Created in 2008 by Satoshi Nakamoto, Bitcoin was the first ever cryptocurrency Bitcoin is a digital currency based on a distributed ledger technology named blockchain,Bitcoin eliminates the need for centralized intermediaries like banks and credit card companies etc. when making electronic payments.

If you want to pay 1 BTC to your friend, you can do it directly without having to involve your bank at all So, two words to describe Bitcoin would be — decentralized and digital. Its aim is to create an alternative for fiat currencies
One of the reasons why BTC is among the top 10 cryptocurrencies is that the oldest one, it has the biggest community of developers and investors backing it for further growth in 2020 It is easy to purchase Bitcoin, even for beginners, as it is supported by all the top exchanges and wallets.

Bitcoin is being adopted in the mainstream economy. #Bloomberg,

Microsoft, #Overstock, #Expedia and many others have started accepting payments in BTC.

With a very slow transaction speed, Bitcoin is facing huge challenges in scaling up. A Bitcoin transaction takes about 10 minutes, and its network can process only about 7 transactions per second. mining which is an important activity for any cryptocurrency, has become highly energy-intensive in the case of Bitcoin. Bitcoin mining is now possible only with expensive, super powerful hardware that uses lots of electricity.Transaction fees for sending Bitcoin are also at an all-time high, making it less feasible butt still bitcoin is number one cryptocurrency at Coinmarketcap.com
In 2010, you could get 1 Bitcoin (BTC) for less than a dollar and in December 2017, the price of one BTC reached a high of $17,900.

Like all other top 10 cryptocurrencies, BTC too saw a huge dip in the Q1 of 2018 and has been fluctuating in the year on 2019 butt still its most popular and prominent cryptocurrency to invest

Steem is a social blockchain which was created on March 24, 2016 by Ned Scott and the blockchain developer Dan Larimer and it grows communities and makes immediate revenue streams possible for users by rewarding them for sharing content on different Dapps created and based on steem blockchain
For example Steemit, the blogging, and social media platforms have decided to venture into cryptocurrencies. Activities like writing blogs sharing pictures and comments or upvotes will award tokens to the writers and curators
Currently there are alsot 3200 dapps build on steem blockchain butt most popular are #steemit.com #partiko.app #esteem.app

Steem Price for today is $0.128890 Its current circulating supply is STEEM 356,729,025 with a market cap of $45,978,706 and it's at 79 position on #coinmarketcap
I personally believe steem is best option to invest in 2020 as its growing and developing day by day some most popular Youtubers like #boxmining and #suppoman and many others also using steemit