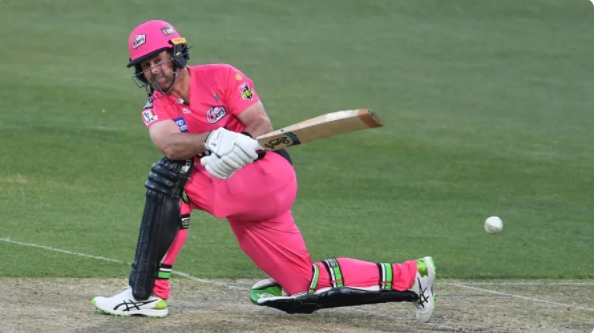 Adelaide Strikers won the toss and invited Sydney Sixers to bat first, Sydney Sixers batted first and scored 177 runs after losing 5 wickets in 20 overs, Sydney Sixers did not start well, Josh Philippe and Jack Edwards came to start the inning. The first wicket of the inning fell in 12 runs, Josh Philippe was dismissed just for 6 runs in 12 balls, the next batsman James Vince came to bat, and played batting well with Jack Edwards, the second wicket of the inning fell for 29 runs, Jack Edwards dismissed for 17 from 18 balls, the next batsman Daniel Hughes came to bat and handled the inning, the third wicket fell for 58 runs, James Vince was out for 19 runs from 19 balls, after that Daniel Christian came to bat, and Handled the inning with Daniel Hughes, and formed a good partnership, the fourth wicket of the inning fell for 116 runs, Daniel Christian dismissed after playing a brilliant quick fast half-century inning of 50 runs in just 16 balls with 5 sixes and 4 boundaries, next batsman Jordan Silk came to bat, and he dismissed for 15 runs in 9 balls, then Johnson Holder came in to bat, and supported Daniel Hughes to the end, Daniel Hughes scored a brilliant unbeaten inning of 46 runs in 41 balls, and Johnson Holder played unbeaten 11 runs in 5 balls. In this way, Sydney Sixer batted first after losing the toss, scored 177 runs after losing 5 wickets in the prescribed 20 overs, and set a target of 178 runs in front of the Adelaide Strikers.

Sydney Sixers batsman Daniel Christian selected for Man of the Match, he played a brilliant quick fast half-century inning of 50 runs in just 16 balls with 5 sixes and 4 boundaries, and he also got 1 wicket.
reference