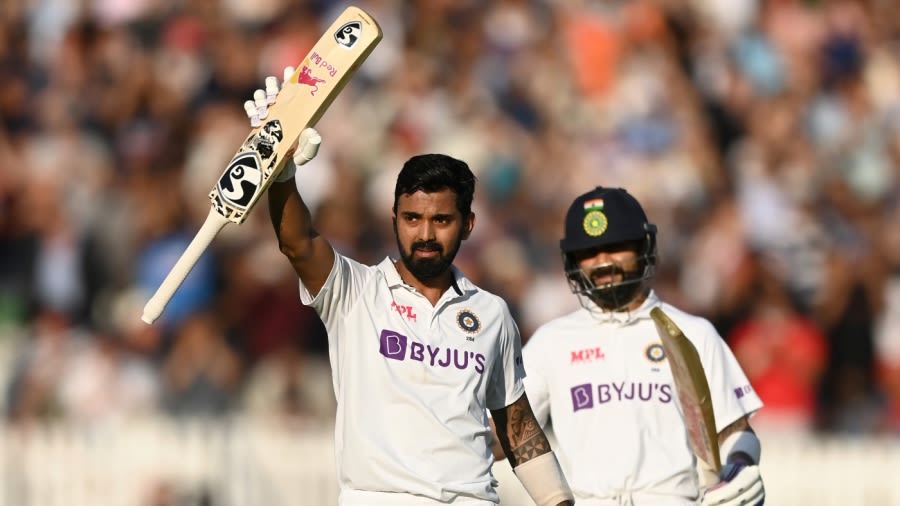 England won the toss and invited India to bat first, India batted first scored 276 runs for losing just 3 wickets in the 1st day of the match, India started the inning very brilliantly, Rohit Sharma and KL Rahul came to start the inning and gave a brilliant start with century partnership of 126 runs, the first wicket fell in126 runs, Rohit Sharma dismissed after playing a brilliant half-century inning of 83 runs with the help of 1 six and 11 boundaries in 248 balls, the next batsman Cheteshwar Pujara came to bat, and he dismissed very quickly just for 9 runs as the second wicket, followed by Virat Kohli came to bat, handled the inning and played a brilliant century partnership of 113 runs with KL Rahul, the third wicket of the inning fall in 276 runs, Virat Kohli was dismissed after scoring 42 runs in 103 balls, next batsman Ajinkya Rahane came to bat, and played well with KL Rahul, then after few moment the day 1 game Stumped, KL Rahul playing on 127 runs with the help of 1 six and 12 boundaries off 248 balls, and Ajinkya Rahane is playing on 1 run in 22 balls.