Man cannot live alone to live in society. That is why a system of living with human beings has been created which has been in use for centuries // 15% payout to @steemit-family // 31.october.2021 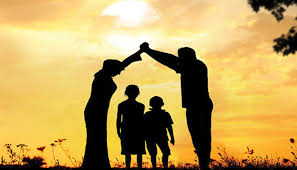 Man cannot live alone to live in society. That is why a system of living with human beings has been created which has been in use for centuries.

Under this system, a person establishes relationships in a society in order to live in a society. He builds his own house and then becomes its administrator and tries to run its system efficiently. This system is called family. This can include close and blood relatives of any human being.

Islam does not limit our life to prayers, fasting, Hajj, Zakat, Jihad and Da'wah and preaching, but it guides us to follow the path on which the greatest benefactor of mankind, the Holy Prophet, was His blessed life is a model for all humanity.

The bright and ideal aspect of the life of the Holy Prophet is that he not only preached prayers and fasting but also conveyed the message of personal, family, family and human rights above all, worked and conveyed it to his Companions. He instructed. Service to the people, human rights, kinship, living and society are also an integral part of the comprehensive concept of goodness that Islam has given.

Allaah says (interpretation of the meaning): Believe in the Book and the Prophets, spend (your) wealth on the freedom of relatives, orphans, the needy, travelers, beggars and slaves in the love of Allah. When they make a promise, they keep it. Patience in times of hardship, hardship and jihad. These are the truthful and these are the pious. ”(Al-Baqarah)

The family is made up of the following persons: husband, wife, children, parents and other relatives. Islam has the broadest concept of family. A Muslim family includes not only husbands, wives and children but also grandparents, uncles, aunts, cousins, aunts and uncles.

Islam presents the concept of a family that is bound by strong ropes of rights and duties and the highest heartfelt feelings and emotions of sincerity and love, self-sacrifice and sacrifice. Islam forms the basis of morality in all matters of a family society.

In the Holy Qur'an, the meaning of Almighty Allah is: “O people! Fear your Lord, Who created you from a single creature, and from this creature created you your mate, and from these two spread many men and women. ”(Al-Nisa ') "And We have made you into nations and tribes that you may know one another. In the sight of Allah, the most honorable of you is the one who is most pious."

According to Islam, the basic institution of society is the family, the betterment of which depends on its well-being and the state of society. Islam has paid special attention to the family in order to strengthen this institution and establish a strong, virtuous and prosperous society that guarantees the protection of individual and collective rights and duties. Islam commands to keep the foundation of the family clean and strong.

Islam is a religion of nature. Thus, the Islamic family principles, rules and regulations and values ​​have not completely forgotten what are his natural desires and needs as a human being, because man has been created by the Almighty so that he knows that he What can be according to his nature, instinct and need. The gender bias found in human beings is essential for human survival and the development of the human race, and with regard to this gender bias, he has the power to adopt methods that lead to family stability or disunity.

Islam values ​​the individual, but it also values ​​the tribes and communities formed by the co-existence of families and clans. Determines the protection of the rights and duties of every section of society, thus the importance of each unit in Islamic society is recognized in its place.

Human life begins with the individual and spreads from wave to wave, from one circle to another, and finally the circle of Islam or the circle of the Muslim Ummah encompasses all spheres which can be explained as follows: individual, home , Society and the Muslim Ummah. Although the concept of family or family can be used in a very broad sense, it may include house servants, etc., but the family is mainly composed of spouses and children, the same concept is taken all over the world. Therefore, when domestic life is discussed, its members are considered to be husband, wife and children.

From an Islamic point of view, the goals of the family are very high and important, so the Holy Prophet has called it half a religion. Every Muslim is instructed to start good deeds from his home and the family is also called "Ahl" in the Qur'an. The meaning of Irshad Bari Almighty is: "Keep ordering your family to pray and stick to it yourself."

“O you who believe! Save yourself and your family from the fire. "

Hazrat Abdullah Ibn Umar says, I heard the Prophet (peace and blessings of Allaah be upon him) say: Meaning: “Every one of you is a guardian and responsible and each one of you will be questioned about the people under his care and supervision. The Imam is also a shepherd and is responsible. And that he will be questioned about his subjects. The man is also the ruler of his house and this will also be a question about the people under him. A woman is also the caretaker of her husband's house. This will also lead to inquiries about the matters under his supervision. ”(Bukhari and Muslim)

In Surah Rome, the meaning of the commandment of the Almighty is: “And one of His signs is that He has created for you mates from among yourselves, that you may find comfort in them, and He has made love and mercy between you. Has created. ”

According to Islam, the survival and security of a nation is due to a pure bond like marriage and they have blessed marriage. Islam has made marriage an important part of the formation of human society. There are countless examples of this, in which Islamic law has protected the rights, identities and priorities of the people so that the world system is maintained, social values ​​and traditions continue and the identity of every person is preserved. Does not allow thoughts and actions that affect the interests of an individual or a group. The spirit of Islam is based on just traditions which are essential for the survival of any society.