Biden: U.S. Will Miss May 1 Deadline for Afghanistan; All Troops Likely Out by 2022 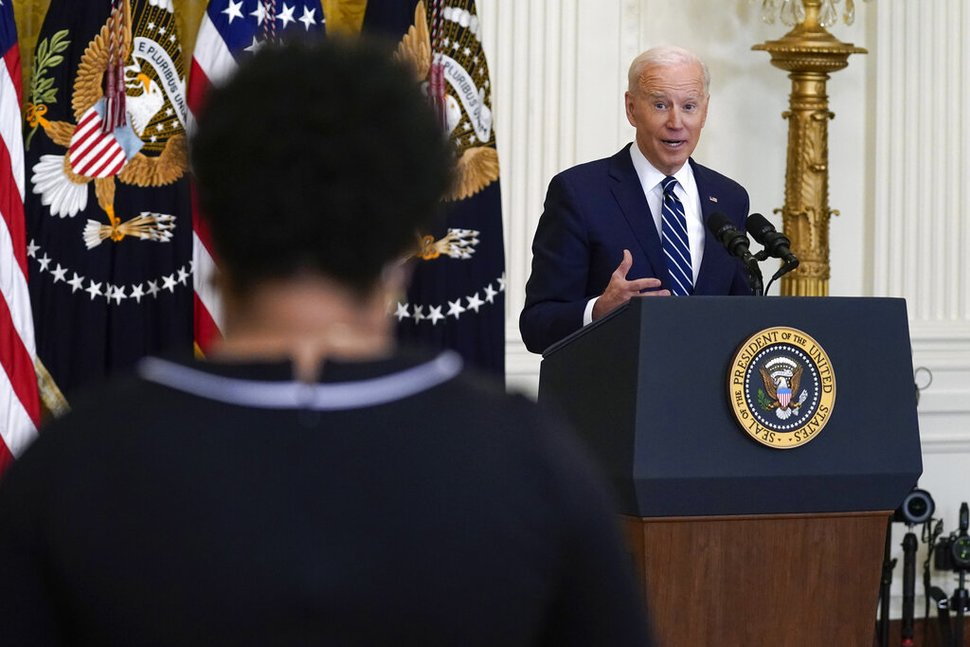 Despite an unsustainable surge in violence against local forces, President Joe Biden said U.S. forces will plan for a full withdrawal but will miss a deadline set in last year’s peace agreement.

PRESIDENT Joe Biden on Thursday indicated the U.S. will not meet a May 1 deadline to withdraw all American forces from Afghanistan but that he will likely pull out all of those forces by the end of the year.

[ READ: New Concerns About Afghanistan Withdrawal ]
The disposition of U.S. forces has come under new scrutiny 37 days from the deadline set by then-President Donald Trump and the Taliban last year in what's been characterized as a peace agreement, parts of which remain secret. U.S. officials have questioned whether troops could be pulled out safely in that time, a concern Biden echoed in his first press conference as president on Thursday.

His comments come as his own top commanders say the Afghan army could not survive on its own without major U.S. support.

"It's t's going to be hard to meet the May 1 deadline, just in terms of tactical reasons: It's hard to get those troops out," Biden said.

But Biden recommitted to ending so-called "forever wars," and when asked whether U.S. forces would still be in the country by 2022, said, "I can't picture that being the case."

Biden referenced the flurry of travel and meetings his secretaries of state and defense have undertaken in recent weeks as his new administration races to understand the scope of the problems in Afghanistan – including the total contents of the agreement last year. Despite agreeing to the peace deal brokered by the Trump administration, the Taliban has increased violence against Afghan forces though conspicuously holding off attacks on Western troops.

American officials have said the insurgent network, which has withstood 20 years of war waged by a superpower, has not upheld the spirit of the agreement.

[ READ: Afghanistan, Iraq Withdrawals Complete ]
Roughly 2,500 U.S. forces are currently in Afghanistan alongside 5,000 NATO forces. Trump cut the number of U.S. troops by half in the final weeks of his administration – a move many considered an attempt to stymie any reconsideration by Biden of a full withdrawal.

The last time a U.S. administration attempted to execute a full withdrawal – in 2014 under then-President Barack Obama – planning began months in advance and still required destroying billions of dollars worth of equipment it couldn't extract in time.

Hours before Biden's press conference, Army Gen. Richard Clarke, chief of U.S. Special Operations Command, told the Senate Armed Services Committee the American-backed local military in Afghanistan could not defend against onslaughts from the Taliban and other enemy forces in Afghanistan if America leaves.

"The capabilities the U.S. provides to combat the Taliban ... are critical to their success," Clarke said.

Clarke on Thursday also offered justification to say the Taliban had violated the terms of the agreement.

"It's clear the Taliban have not upheld what they said would do" with regard to decreasing violence, Clarke said, noting the sharp uptick in attacks on Afghan forces while clearly restraining any strikes on Western troops. He described "a deliberate approach, and increased violence since the peace accords were signed."

[ MORE: Pentagon Chief Miller Visits Afghanistan ]
Clarke recently toured the country and saw a new commando headquarters his Afghan counterparts had established. He said "progress has been made and I found a very capable commander." But an uptick in violence by the Taliban, as well as other insurgent groups like al-Qaida and the Islamic State group, remains overwhelming for the nascent U.S.-backed force there.

He described what has become an established problem in the country that in the last two decades the U.S. has tried to build into a self-sustaining and reliable military partner: Pockets of success exist, particularly in specialized Afghan units. However, rampant corruption, unreliable leadership, dramatically shifting U.S. strategy and unrealistic goals divorced from realities on the ground have undermined any attempts to build an Afghan army that could defend the Western-backed local government on its own.

Even those Afghan command units that have proven effective on the battlefield still require specialized skills like medical evacuation, close air support and intelligence that only the U.S. and its Western allies can reliably provide.

Meanwhile, the bloodshed among Afghan army forces has reportedly reached unsustainable levels. Officials in Washington and Kabul stopped sharing information about casualty levels among local forces in recent years and a recent rise in killings has prompted new concerns about violence against women.

The Biden administration has been tight-lipped about its plans leading up to May 1, leaving open the door for a full pullout despite skepticism from many that it could not do so safely in five weeks.

"I think by inaction, they've made clear they're not going to be out by May 1," Rep. Mike Rogers of Alabama, top Republican on the House Armed Services Committee, told reporters last week.