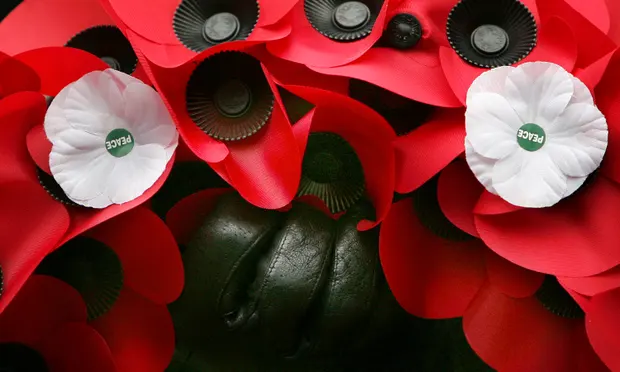 Isn't the poppy the ultimate symbol of virtue signalling? Among those who consider patriotism a virtue.

I wear a poppy because both my parents fought in WWII and my grandfather fought in WWI. I still have his sketchbooks and his letters.

The people who rule us? They are fair weather patriots who take the money of foreign powers and drape themselves in the flag. And yet somehow the white peace poppy is the problem, not the right wing press who would have our armed forces sink migrant boats.

The Britain my parents and grandparents fought to protect was a tolerant one. And the Daily Mail - always ready to cast the first stone where the 'wrong' poppy is concerned - or god forbid its absence - would have handed the country to Hitler in a second and called it a good days work.