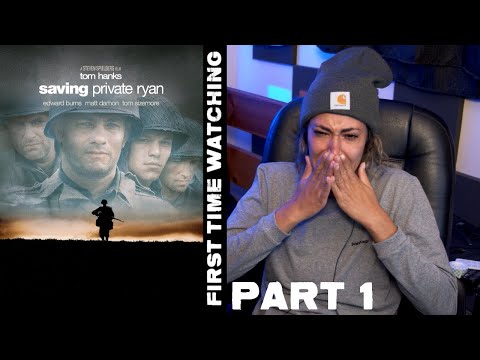 In case you haven’t heard about it, one of the more popular trends on YouTube is young people (often young black people) posting videos of their “first” reactions to things Baby Boomers love. First listens to Beatles songs are especially popular, even though many of these are obviously phony, with the newbie sitting through “Hey Jude” and then informing viewers that he or she has now become a major Beatles fan. It’s sop, but it’s harmless sop, and it generates those all-important likes at the bottom of the screen.

A recent variation on the trend is young people reacting to movies treasured by Boomers. These seem more genuine since you are watching video of a live recording of the newbie watching the entire movie—and it’s harder to fake an emotional response for hours instead of minutes.

This is the most touching one I’ve seen, and it seems especially appropriate for the Veteran’s Day recently passed. It’s a young woman’s first-time seeing Saving Private Ryan. The takeaways, at least for me, are the power of art and the universality of human nature. The young woman appears to be black, and there’s not a major black or female character in the entire movie. Yet the suffering of the characters inevitably becomes her suffering. The video is in two parts.

First part above, second below.