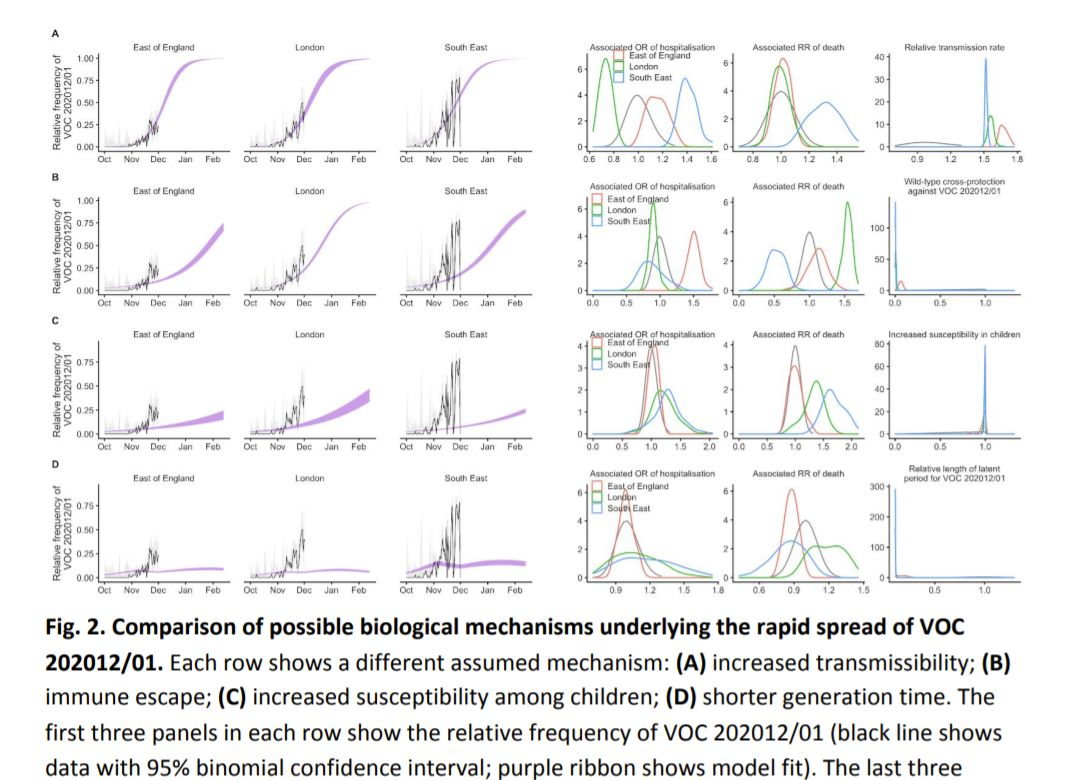 I am beginning to grow concerned about the potentially increased infectivity of the recently discovered SARS-CoV-2 variant in England.

A single residue change in the receptor binding domain has potentially increased R0 for this variant by 56%. If this variant is genuinely 56% more infectious, it spells trouble.

tl;dr - Preliminary data makes the infectivity of this new strain difficult to gauge because of noisy real-world externalities. However, a non-peer reviewed paper published recently might just change my mind. According to this paper, the strain that is spreading wildly in the UK and now through most of the EU could hamper the effects of the vaccine roll out for months, all the while increasing cases and deaths in the interim.

The problem with the studies so far, are that they are determined from retroactive model fitting. The paper I have looked at makes predictions which will require data to be validated from the coming weeks. Meanwhile, the prevalence of this strain is said to be 2 months or so behind the UK so some earlier data can be scrutinised from their experience.

The increase in transmissibility was quoted to be initially as high as 70%, while the paper has it at 56%.

Any figure must be taken with a grain of salt because as we know, there are other mitigating factors that could lead to super spreading events or some other vector of exponential growth. That said, the prediction is pretty clear and how accurate it is will become clearer still in the coming months.

As mentioned previously, the US is around 2 to 3 months behind the UK and therefore there will be some inherent advantages in terms of reaching that (now adjusted) level of herd immunity to curb the epidemic.