How Florida fares against the UK strain might determine the fate of the US. 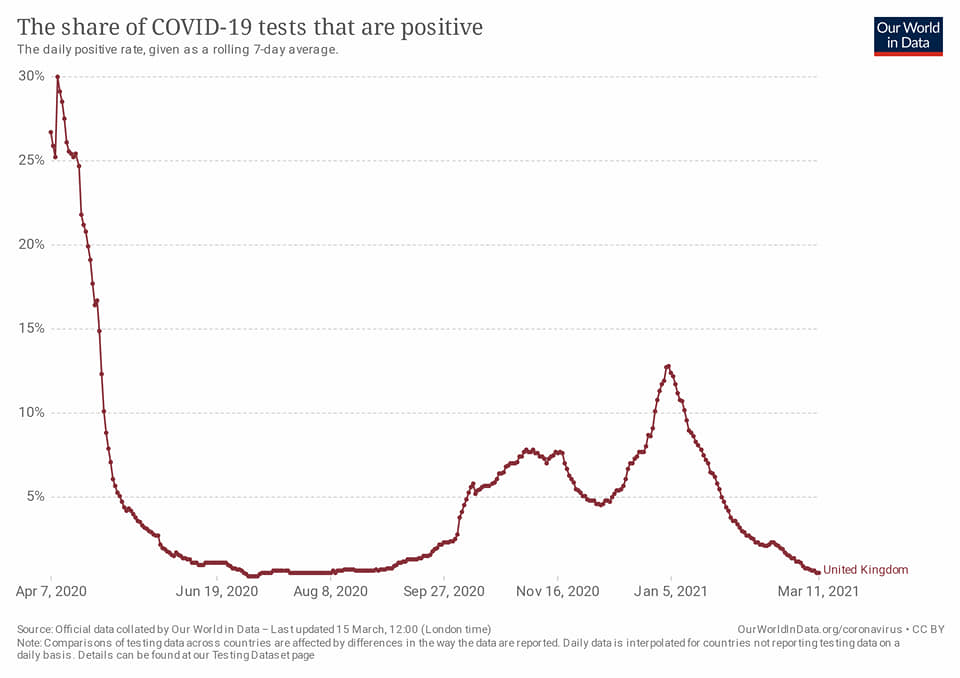 It is a little too early to call victory over the UK variant in the US. We will have to see how Florida fares in the next couple weeks now that the UK variant is likely dominant there. So far Florida looks okay.

For the UK, the new variant really caused cases to take off when it became dominant. Albeit that was before widespread vaccination. Florida has given about 20% of its population at least one dose. And about 40% of the state has been infected. Adjusting for double counting, likely ~50% of the state has some immunity.

Also just a note for the unfamiliar, the UK instituted a national lockdown for four weeks in the beginning of November and another towards the end of December into March. Mitigation seems to work well against the UK variant. People arguing against the efficacy of lockdowns will have a hard time convincing me they have no benefit when looking at these graphs.