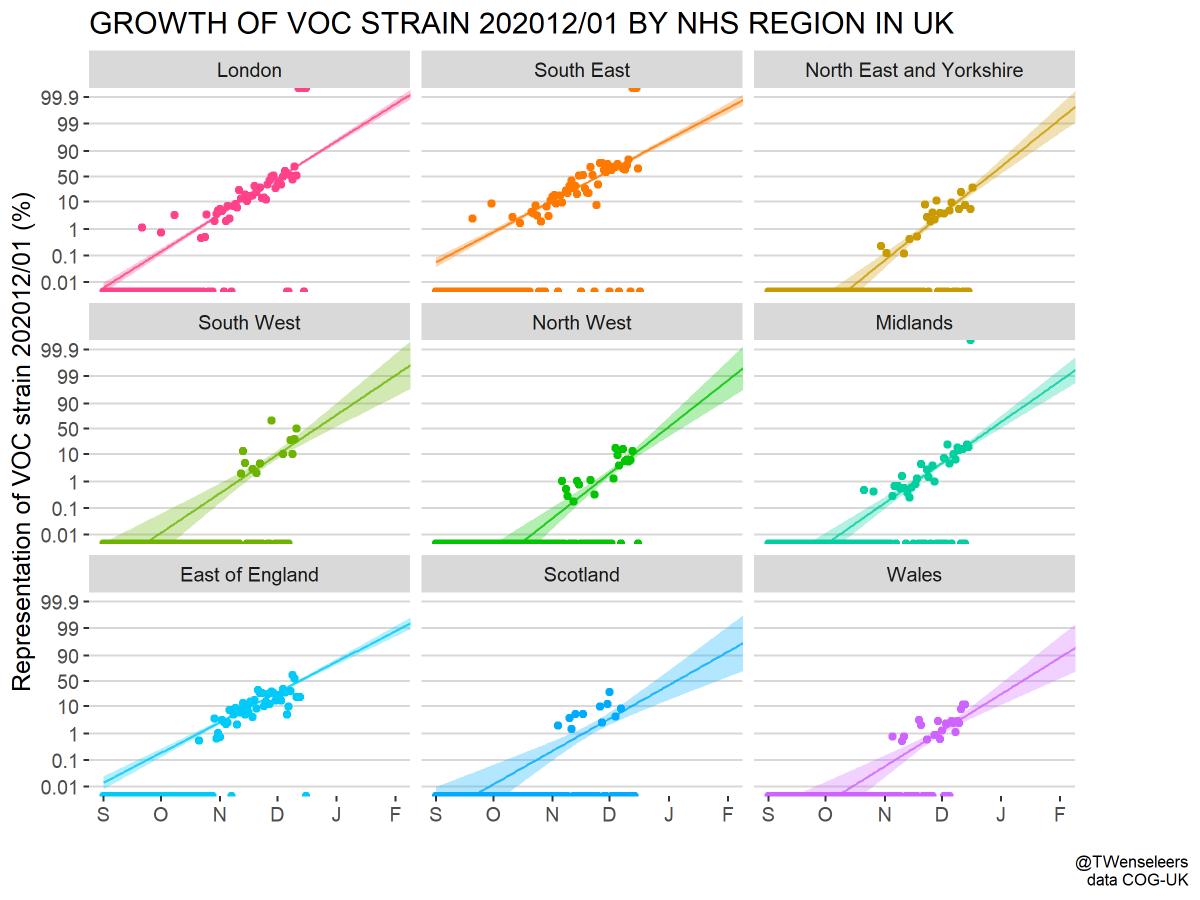 Another independent line of evidence says the UK variant is about 50% more contagious. That's pretty much a wrap. This is very, very bad news for the UK, and bad news for everyone else.

They did a contact tracing analysis of patients with the new variant vs. patients with "wildtype" i.e. normal variants, and the new variant showed 50% more infections passed on to their contacts. That, combined with the geographic spread displacing other variants everywhere and the > 10x higher viral loads, makes it essentially certain.