An update on the US COVID-19 situation. 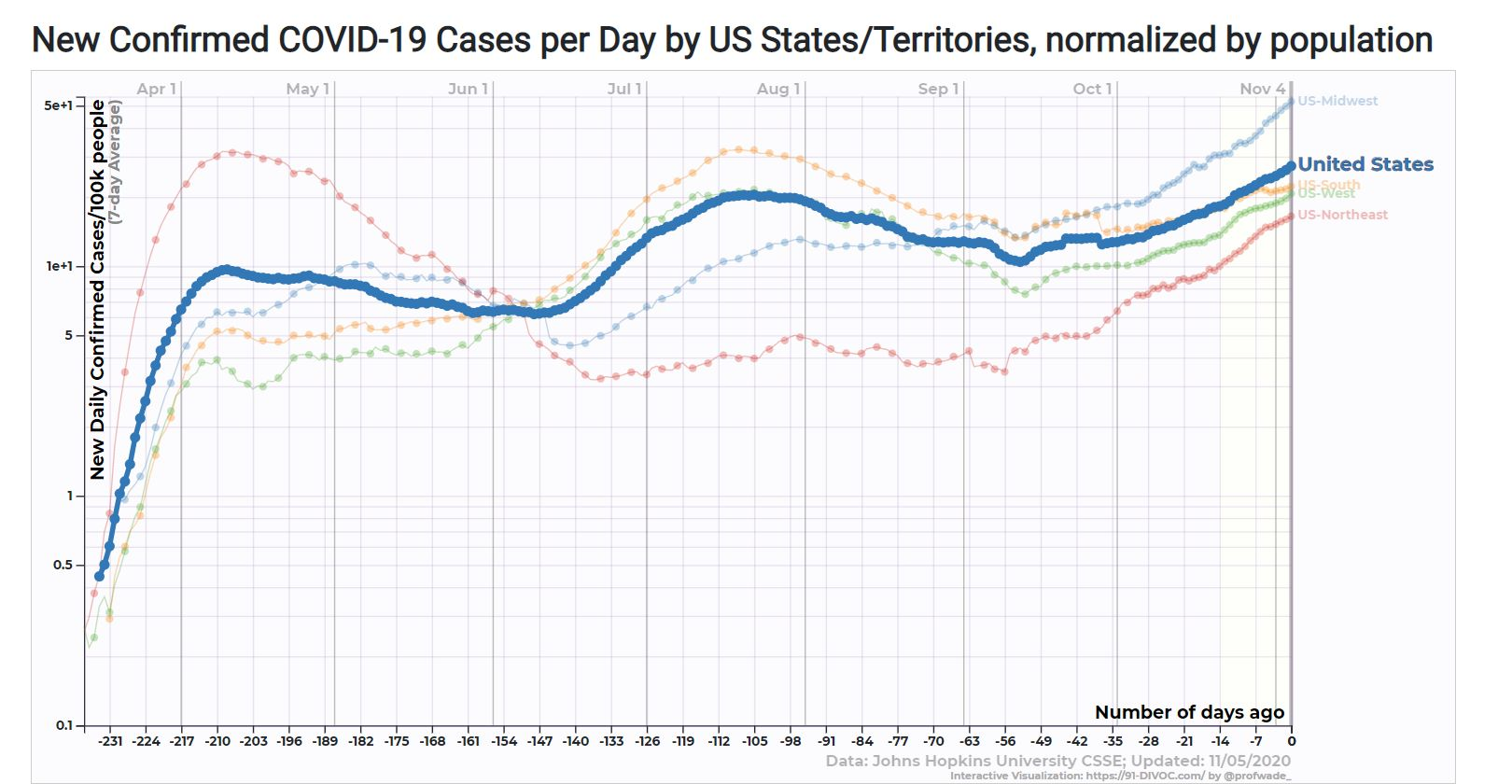 Just one graph this time, but a lot of words.

This is a log scale graph. It's useful to see the weekly % change in a way that's obscured by the "hockey stick" you get on normal linear scale graphs. That's because a steady change - say 15% increase per week - is a straight line on a log scale graph, but on a linear graph it looks like a flat low level then a sudden explosion.

This is not a sudden explosion. Every region in the country started showing a trend change about a week into September. Due to incubation and test report delays, that suggests something changed right around the end of August. It's too early and too universal to be weather.

My guess is it's largely driven by schools reopening and no offsetting efforts to balance the increased exposure that brings. It's a relatively modest effect - our rate of increase is half as steep as the second wave and only one quarter the rate of the first wave - but it's pervasive and adds up.

Everyone is focused on the Midwest, an that's understandable, because their rates are far higher than other regions. But check the slopes of these lines - COVID is growing as quickly in the Northeast as it is in the Midwest, and the West isn't much better.

Outside the Dakotas, I expect sanity to prevail in the Midwest, and behavior will change as local hospitals start to fill. (All bets are off on the Dakotas as they're in full crisis mode and still not taking enough action.)

But across the Northeast and West, COVID rates are growing around 15% a week. It's not a crisis yet, but it's out of control, and changes are going to be needed. It's been obvious for at least a month now...and yet, almost no action.

My recommendations for the best impact at lowest cost:

If we can't get these things working, we're back to restricting bars, gyms, churches, restaurants and universities as the next step...but there's so much low-hanging fruit in the public behavior and incentives that we shouldn't have to.