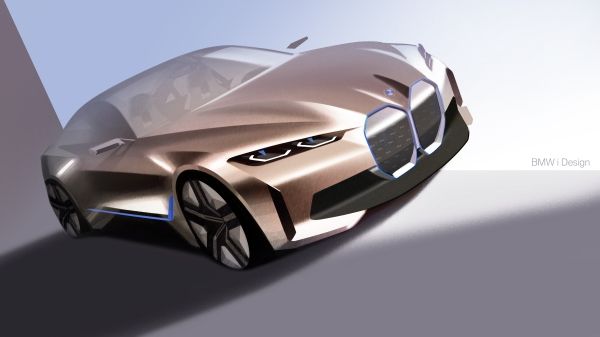 No matter how much the world changes, some things stay the same. Just as how HIVE has now successfully broken out of Steem, I'm still posting the same old content, and it doesn't feel that different at all. This will mark the first time that I've written a post on HIVE, though this will still be available on Steem, for anyone that'll enjoy reading this.

No sides taken, and if you're keen to hear more about my first experiences here on HIVE, while still staying friendly with Steem, including some lockdown updates, more will come later. For now, if you've been following me and you were hoping for some automotive content, here's one for that quarantine reading session.

Among the many cars to have been unveiled recently, is BMW's answer to the Tesla Model 3. This will also be BMW's second take at mass-production of electric cars. This is a company that has taken leaps and bounds in technology among its German rivals some time ago, and how it all went wrong in the span of a few years.

They took a bold step forward when they announced the i3 and i8, respectively showing how great city- and sports-cars can be in our more eco-conscious future. Yet, their quirky design hid a complex, bespoke carbon-fibre chassis underneath. This as a result, made them too expensive, and quickly forgotten in a world with Teslas. With a matter of "too little, too late ", would the i4 Concept be the one?

Where Have All The Pretty Cars Gone?

If there's one thing that a concept needs to show, it's design ethos, and how that embodies a company's legacy and vision. The i4 has a Gran-Coupe body, which is BMW's way of saying that it's a four-door saloon (sedan ), with a sloping coupe-like fastback roofline. As for the overall design, it's rather contemporary from all angles, barring the front. Here's where we need to address some controversy.

Among circles of automotive enthusiasts, this has been a bit of a cliché now, but BMW's gradually increasing front-grille needs to stop, as it makes no sense to have something that big. Ordinarily in an internal-combustion engine car, the grille allows for cooling, but the i4 is an electric car, so why does it need that large of a mouth? BMW says that it needed somewhere to put all the sensors, imaginably for autonomous-driving, or parking-assistance.

I still don't think that it needed to be that humungous. It also begs the question - if BMW wanted a design trait to hark back to its fossil-fuelled past, with their strong heritage and iconic kidney grille, then why not make it smaller? I remembered back when @heroldius shared an old BMW concept, and I wished that someone would've shared that with BMW beforehand.

Their designers have slimmed down both the head- and tail-lights, giving the i4 this sharp and sporty look, but they couldn't make that bucktooth grille smaller? It doesn’t look proportional to me, and I could rant more about this, but there's plenty of good stuff to talk about. The silhouette is rather nice to look at, with strong body lines to give out a muscular, aggressive stance.

Helping with aerodynamics, there are some large rear-diffusers, and some pretty cool looking wheels. They not only remind me of the M1's wheels, but also of plane propellers, which is rather appropriate given that BMW made plane engines in the olden days. Another neat touch on the exterior, are those blue accents, which apparently light up, and would likely stay on the final production version.

Now we move inside, where you won't be able to see that hideous face, and it's a rather nice place to be. The exterior seems production ready, though the interior of this concept would probably see some revisions before hitting the production line. Still though, the minimalistic interior has a retro-futuristic vibe, celebrating 104 years of history, while peeking forward at what the future holds.

The most prominent feature here, are two 12-inch displays, slightly curved and panning along from driver to passenger. This appears rather similar to what we've seen in other cars, though here you'll find it running BMW's iDrive infotainment system. It's controlled by a crystal control wheel on the centre console, where you can also change your drive modes - Core, Sport, and Efficient.

To you and I, this is basically Comfort, Sport, and Eco modes, with adequate amounts of ambient lighting transitions in between. The steering wheel also invokes a retro three-spoke design, with an aftertaste of the Bronze Age. Speaking of, the interior is lined with a mix of microfibre cloth and naturally-tanned leather. To highlight this wonderful space, and to give the i4 an airy feel, there's a large panoramic-glass roof.

The Sounds Of Silence.

Addressing the elephant in the room for any electric car, the i4 has a WLTP range of 600km (373 miles ), or an EPA-rating of 270 miles. These are good numbers, and they compare well the Tesla's Model 3, though little can be said of the charging network. All that electricity comes from a uniquely designed, in-house developed battery by BMW.

They've managed to cram 80kWh into a compact, and energy-dense structure that weights around 550kg. This will power the electric motors that are mounted in the front, underneath the bonnet, and it'll send electric juices to all four wheels. It's also expected that BMW will released a cheaper variant, one with a smaller battery, and only rear-wheel drive, which sounds great for some silent drifting.

On the subject of power, BMW's new drivetrain will provide 530hp, with a 0-100km/h sprint taking 4.0 seconds, and onto a top speed in excess of 200km/h. The whole idea of electric power is for that instant torque, which should give rapid acceleration while trading-in for top speed. That said, the Model 3 Performance could do that 0-100km/h sprint in the low-mid 3 second mark.

Another thing to note, is that BMW has hired famed composer, Hans Zimmer to compose the i4's "soundtrack ". As an electric car, the i4 ought to be near silent on the road, unlike the singing tunes of an exhaust. Having some noise means that it allows for pedestrians to know you're nearby, and it's also good for people like me, as I want to hear something to know that I'm creating motion.

It'll be rather intriguing to hear how this will sound, probably with some thumps and low-end bass taken from Interstellar, and Inception. If there's one country that knows how to make good sounding cars, it's Italy, and Maserati's teaser on how their future EVs will sound, has put a rather high bar for the i4 to beat. It's just something that the Italians do well, and I didn't think Maserati hired any composers just for that.

All in all, this is a preview of BMW's bold new future, and it's coming soon, with the i4 slated for production in 2021/2022. Hopefully, BMW will give this their best try yet, as the past few years haven't been kind to them. They'll also have some catching up to do, competing with not only Tesla, but their German brethren - Porsche's Taycan, Audi's e-Tron, and Mercedes' EQ.

This marks another exciting take on how the future of automobiles will be like, and it seems that it'll not only be good for the environment, but also for enthusiasts. Though I do hope that like Apple's decision to remove the ghastly unreliable keyboards on Macbooks, BMW would do the same to that ugly front-grille, and also their new logo. If they happen to be reading this, know that there's still time…