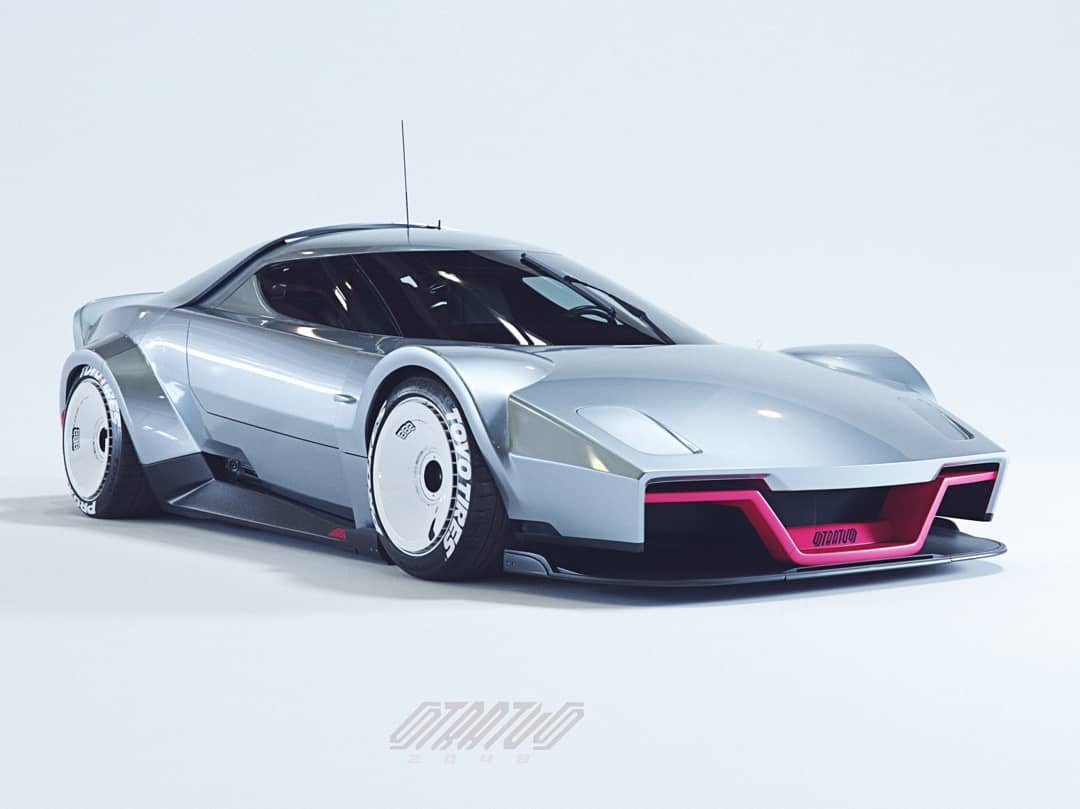 Well, here we go again. It seems like the dawn of this new decade has some carmakers going into hyperdrive. It marks a tectonic shift not seen in a while in the automotive industry. As the excitement keeps on soaring, it looks like they're set to tug on our heartstrings once more.

From the foothills of sunny Italy, we've been shown snippets of what they're working on. Recently, we know that Maserati has some (literally ) electrifying plans for their future. They revealed their re-entry into racing, while also teasing their first mid-engine supercar in a decade.

Now, we have Manifattura Automobili Torino (MAT) and Alfa Romeo giving us some foreplay into what they're next creations could be. If you're tired of all these teases, then you're not alone. The title of this post describes well about I feel throughout this whole experience.

Back in the 1970s, the Lancia Stratos was a dominating figure in rallying, helping to further cement Lancia's legacy in motorsports. Since the Lancia brand has now turned into a company responsible for rebadging Fiats, there have been enthusiasts begging for a return of the glory days.

As such, the (new ) Lancia Stratos was revived by a small automobile company based in Turin, Manifattura Automobili Torino (MAT). With some help from Pininfarina, they set to work rebuilding the Stratos in a modern guise, using the underpinnings of a Ferrari F430.

This pairing wasn't much of a surprise, given that the first Stratos used a Ferrari Dino-based V6 engine, and owing to the long relationship of Ferrari's engines being placed inside of Lancias. While the first prototype was shown at the 2005 Geneva Motor Show, it had left the production line only recently, as Ferrari's lawyers were working hard to block the project from becoming a reality.

Eventually, as the legal troubles had subsided, and MAT agreed on using F430 donor cars from eventual customers, with 25 being slated for production, and the very first unit being auctioned off by Bonhams earlier this year, valued at €690,000.

Above all, the MAT designed car embodied much of the DNA from the original Stratos. The F430's chassis had been shortened, to give the new Stratos that very same oversteeriness that its 1970s predecessor had. All the while, the Stratos weighed 50kg less than the F430, while also having about 40 horsepower more.

But now, we have this new Stratos undergoing some final testing on the public roads around Maranello, interestingly enough. While the (new ) Stratos has been shown before, we've not yet had a chance to see them closely in the flesh, and this snoop shows that it's one step closer to getting into customer's hands.

In this particular test car, we can see the Stratos' entire rear-end come off, showing us some peeks at the engine bay, with that glorious 4.3L V8 engine from the F430. This is certainly something interesting to see, and I hope to see more from them soon.

A New Alfa In The Pack.

Now, we have Alfa Romeo, a 110 year-old company that has been undergoing some radical shifts in recent times. Today, Alfa Romeo had teased us on Twitter with a video, and most importantly - the audio from that tape. Apparently, something rather big is going to happen, and the showdown will happen at the Geneva Motor Show next week, so what could this be?

For some time now, we have speculated that Alfa Romeo could be on the verge of launching a GTA variant of the Giulia, sitting further up than the Quadrifoglio, as a more competition-ready version.

You can have a listen on Twitter (link below), or you can visit my experimentations with DSound, audio clip for that here (couldn't figure out how to embed audio into Steemit...).

"GTA" stands for "Gran Turismo Alleggerita ", or "Gran Touring Lightened " in English. For an Alfa Romeo, this would be the equivalent of a BMW M Competition, sitting above the standard M version, as a more stripped out variant, promising better performance tuning, and weight savings.

For my sanity's sake, I refuse to believe this. So, what else would it be? Well, Alfa's parent company, Fiat-Chrysler had only recently sunk Alfa Romeo's plans to release a sports car.

Logically then, there's only two cars in Alfa Romeo's current lineup that can see some refreshes, the Giulia sedan, and the Stelvio SUV. Both are excellent vehicles, thus creating an even sportier version of the two could be planned.

But how about another alternative, one more radical? Amidst Alfa Romeo's recent remake with those two aforementioned cars, they forgot about the old Giulietta, Alfa Romeo's hatchback.

It has certainly seem some better days, and while it is a pretty little thing, the Giulietta is far outdated compared to the vast selection of good hatchbacks that you can find in the market today.

Alfa Romeo has had quite the legacy of making some truly wonderful hatchbacks - from the Alfasud, which was one of the best handling front-wheel drive cars ever made, to the 147 GTA, one of the maddest little pocket rockets in recent times.

All in all, could Alfa Romeo's little teaser show us the eventual reveal of a new hot hatchback? We don't have to wait long to find out, but I'm rather excited to see what this will be, assuming that it won't just be another crossover.

For the time being, no - at least none that I've found exciting. That's probably unsurprising, since they'll probably save the enthusiasm when the Geneva Motor Show opens its doors next week. With electrification becoming an ever present challenge for car companies around the world, large convention such as this presents an incredible opportunity for them to show their best act.

Whether this act is a celebration of our fossil-fuel burning past, or a mark to begin our electrified future - its an intriguing scenario to unfold. In any case, the best thing for us to do, is just wait, and I'll certainly have some fresh posts while that happens. What about you, what're your anticipations for this year's Geneva Motor Show?

Wow! Just stopping by to say a big hearty "Thank You" for all the support, everyone! I hope you enjoyed reading the post, as much as I have enjoyed writing it :-) Feel free to leave any comments on what you think of the post, whether you liked it, or hated it and think I could do better. All in all, this is a great motivator for me to keep on doing what I love, writing and engaging with you all.

It was really great, hoping for more consumers and commenters soon, think communities will help that.

Thanks, mate. I believe Communities will definitely help with that, not only with content discovery, but also with user interaction and social-networking. Looking forward to seeing more people around Steemit, soon :-)

Thanks for the support, and the mention, @arcange :-)