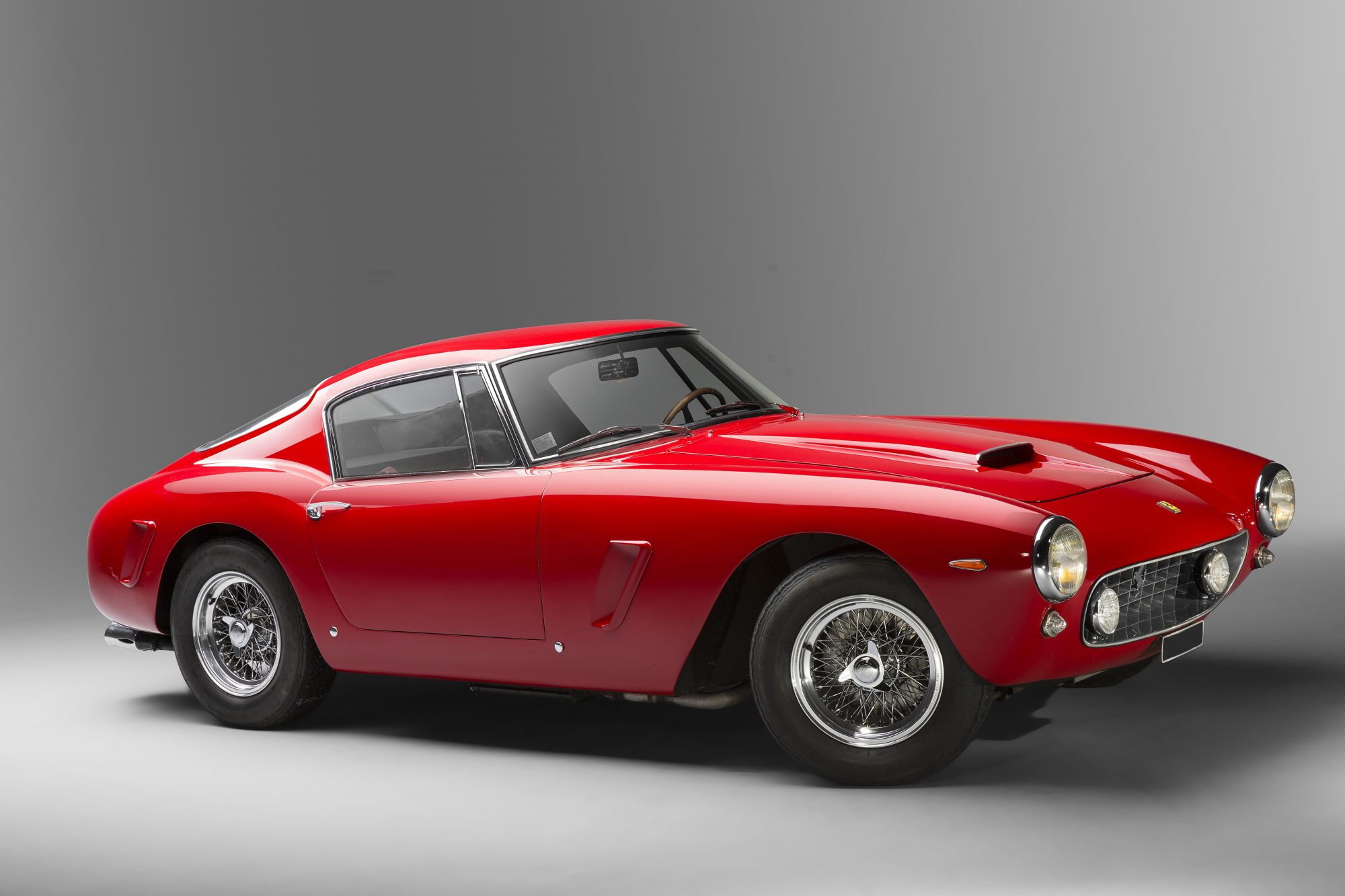 Hello, everyone! I wish you all a happy Monday.

This shall be my second post, here on Steemit; and for today:

I want to talk about why I like cars so much.

Cars have long been a part of my life, going far back as I can remember. It supersedes any other interest that I have, such as gadgets, writing, or even Legos.

Upon stumbling Steemit; the first thing that I had done, after reading the FAQ, was to look up on discussions around cars on the site. It was then that I started discussing cars with @heroldius; the first person that I followed. Then I started reading up on other posts about cars, from @planetauto and @roadsuntraveled, and others.

Reading these posts reminded me why I like cars in the first place. That sense of freedom, and expression of emotions that surrounds you when getting behind the wheel; or even having a peek at the purposeful and creative lines that boast a car's exterior.

Nothing makes that last paragraph more clear than looking at a Ferrari 250 Berlinetta SWB (1959). It is mechanically simple, with a 3.0L V12 and 280 horsepower to tug on the heartstrings. The design is simple, too; clean and curvaceous lines, with nothing excessive or unnecessary. Credits: Petrolicious

Cars are an extension to a person's character, and there's something from all over the world, that can suit you.

Coachbuilding used to be a popular thing to make your cars even more personalised. Simply take a normal car; then rebody and re-upholster everything to match your wants. Zagato has made some of the best, as shown with the Aston Martin DB4 GT Zagato (1960).

If Aston Martin Lagonda or Zagato are reading this, I wish thee a happy 59th birthday! Credits: Telegraph

A bit of a history lesson.

My interest in cars sparked when I was around 6 or 7 years old. It was in the form of a plastic box that my cousin had bought to me as a hand-me-down. The laminated paper on the front of the box wrote, "Need for Speed: Underground 2".

This was first experience with a proper video game, apart from the spelling and puzzle games that I had played in kindergarten. Truly, I had spent more hours on NFSU2 than I cared to admit.

Looking past the raunchy rap music, and the overly sexualised depiction of women; Need for Speed: Underground 2 is perhaps the best game in the series.

But most importantly, this was my first ever moment having relished the idea of an automobile. My father was a car enthusiast himself, and had passed on that enthusiasm to me since I learned to comprehend words.

I remembered my early crayon doodles of cars, and those Tomica toy cars that my parents had bought me.

Anyone else remember these? I even had a small Tomica multistory garage to put them in.

However, it wasn't until I played Underground 2, that I had fully gotten myself immersed in "driving". Sure, it wasn't real, but those hours that I spend driving around in Free Roam, with my tuned Nissan 350Z, gave me an ethereal feeling; with a smirk on my face, and the feeling that I can do whatever I want.

It is this same feeling when playing a video game, that transcends into the real world. You can drive so far as the roads take you, where ever you may end up.

What it means to be a car person.

You can explore new places, people, and cultures; all from behind a steering wheel.

That enjoyment you get when you turn into a corner, and feel the car moving with you. Then, a quick burst of throttle to get through to the next corner, is a sensation that I cannot adequately described with words.

Sometimes, the joyousness of simply driving alone; just you and the car, taking in the sights and sounds around you.

That emotion, is what makes me a car enthusiast.

Thank you everyone, for reading my post. Follow me @zacknorman97 to stay updated on more car related stuff (among others)

Good times playing NFSU 2 back in the day! Welcome to Steemit @zacknorman97

Missed those old days of simple gaming too, @nomadamon. I'd like to see a proper recreation of NFSU2 soon!

Will definitely check those out.

Welcome to Steem zacknorman97! Partiko is officially the fastest and most popular mobile app for Steem. Unlike other Steem apps, we take 0% cut of your earnings! You can also be rewarded with Partiko Points while using Partiko and exchange Partiko Points for upvotes!

Thanks, I will definitely try out the Partiko app soon!

One question: how does the Partiko Points work? Are they created on a Blockchain, like Steem?

Hello zacknorman97, welcome to Partiko, an amazing community for crypto lovers! Here, you will find cool people to connect with, and interesting articles to read!

You can also earn Partiko Points by engaging with people and bringing new people in. And you can convert them into crypto! How cool is that!

Hopefully you will have a lot of fun using Partiko! And never hesitate to reach out to me when you have questions!