Can we trust China with Blockchain? - Newsreel #4 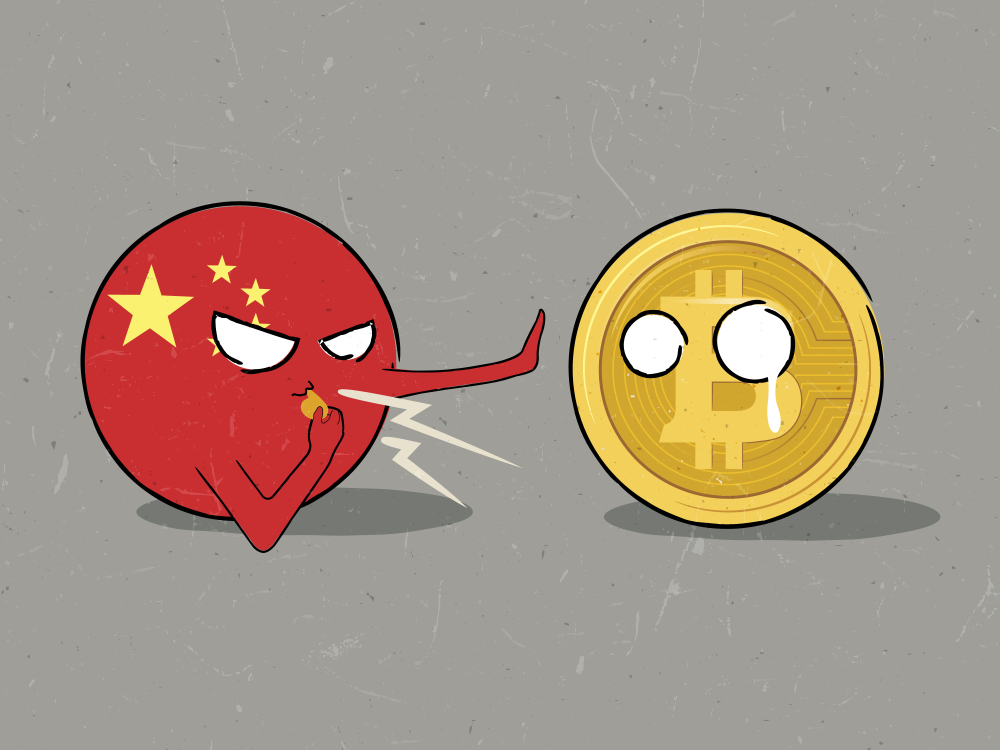 Update 1 (November 12th, 2019):
As per a report by Reuters, a senior official at China's central bank, the People's Bank of China (PBoC) has made some statements to calm certain concerns that I've opined about in this post. They've made it clear, that the PBoC will design China's soon-to-be launched state-issued digital Yuan, in a way to balance the need for anonymity and identification.

But at the same time we will keep the balance between the ‘controllable anonymity’ and anti-money laundering, CTF (counter terrorist financing), and also tax issues, online gambling and any electronic criminal activities.> > That is a balance we have to keep, and that is our goal. We are not seeking full control of the information of the general public.> > Mu Changchun, head of the PBoC’s digital currency research institute
Post Continues Below.*
Two weeks ago, I authored a post discussing the inflow of reports concerning President Xi Jinping's open embrace of the Blockchain, what effects that it could have on cryptocurrencies, and the ecosystem as a whole.

In that post, I spoke with optimism, albeit cautiously, that China's open acceptance of Blockchain could herald good times to come. However, since that post was published, there has been new developments, and with it, a more rational sentiment has arisen, that may hide some dark truths.

The Chinese government is becoming ever more entangled with it. Where it was a grey area before, cryptocurrency mining is off the hook now. They are due to launch a new digital currency soon, and are pouring huge sums of money into research, such as decentralised finance (DeFi). The will also soon launch methods of identification, and even ways to swear loyalty to the Party.

hina, as we know it from the free world, has shown itself to be ruled by a government that is able to wield powerful control over its citizen's lives. There, every step you take, and action you undertake, is observed by the State.

There is little that you can do as a human being, as your freedom is shackled for the sake of preserving socialist authoritarianism. It is the State, that dictates what you are able to do, read or write. Censorship is obvious, as information that is otherwise unwanted, is hidden away.

And they're able to do that with great effect, so much so, that history itself is re-written in their favour. The Tiananmen Square massacre is well-known to many in the outside world, but most of the younger generation in China have not heard of it. Even when spoken of, they're done so in hush whispers.

What's worse, is that relatively few in (mainland) China are aware of the government's control and censorship, with even fewer wanting to take any action. How can people resist, when the government has such control, and has forcefully imbued strong patriotic fervour?

The explosive growth of technology, and the realisation of its capabilities, have allowed the State to further embolden their molestations than ever before. Your identity has become a tag, or a brand that follows you wherever you may go.

On the streets, cameras and sensors follow your very movement. There are trackers built into the technology that we have come to endear. The websites that you browse, the applications that you use, that one restaurant you went to last week, and that email you just sent - the State likely knows of it.

Now, Blockchain, as a technology, aims to curb these very issues. It wants to restrain the centralisation of humankind, and the very machinations that empower our society today.

While there are opportunities for the decentralisation of power, Blockchain could instead have an adverse effect, by making the State's control ever more unshakeable. This open embrace may in fact allow them to catalyse their censorship and surveillance. With China taking the bold first step to dominate Blockchain, will it be too late for the free world to catch up now?

Blockchain as a technology, has proven invaluable in creating a more robust and trustworthy foundation for the exchange of information. But as a technology, just as nuclear power, what's to say that it can't be manipulated? As most of the world's nuclear arsenal belongs to a handful of powerful nations, would Blockchain soon be disproportionately centralised as well?

International law does not yet have an adequate framework between the nations of the world, to constrain any one of them from raping a new technology for themselves. There is nothing now, that could restrict China, or in fact any nation, from weaponising that technology against innocents.

With a State-controlled Blockchain, it could resolve in making avoidance of control, surveillance, and censorship that much more difficult. With a perverted Blockchain, the very forms of identification, tracking, and oppression that exist now would become more efficient for the State to execute, and harder for the people to mask.

There is nevertheless, some hope for good news in this. As a country grappling with graft, mismanagement, and climate destruction, the Blockchain allows for transparency to exist where misdemeanour cannot thrive.

Conclusively, China's embrace of the Blockchain should be regarded as a rallying cry for the free world to step up its efforts, and to open the path towards acceptance and regulation. We certainly cannot afford to allow any single country to dominate critical aspects of human life.

Furthermore, there is hope, that in time and with changing social norms, China's political system would perhaps adapt to those changes. As China loosens its control over the economy for the rest of the world, there is a chance that the State would soon loosen its control over the Chinese people, to allow them to live free.

h1>What are your thoughts on this? Do you think China's embrace for the Blockchain is a good, or bad thing? While you're at it, be sure to follow along @zacknorman97 for more :-)