A Psychological Trick to Evoke An Interesting Conversation 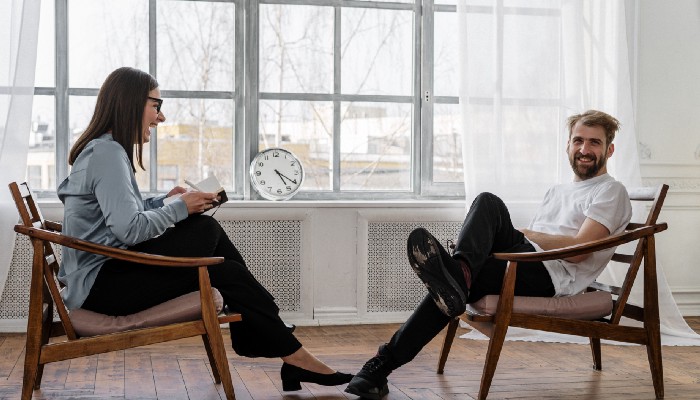 Use this human disposition to affect behavior mid-discussion.

Imagine you pass by a question that asks “the Titanic got invaded by aliens, right?” One one hand you’re holding in a chuckle and slightly in disbelief; on the other hand, you went through the pain of researching and answering the question into such enormous detail. So, what happened?

The answer is pretty simple. It’s a weird social media experiment that shows unusual findings when you — in willful ignorance — ask something completely wrong.

Generally, our minds tend to correct things as we float through life. According to a researcher, this human tendency to correct others can be used as a strategic tool to increase the engagement of students’ by 80%.
Strangely enough, this can be applied outside of academia and it’s not just questions but actions too. For example, when my younger self didn’t want to do my chores, I would fumble around like an idiot until my mother would get frustrated and do it for me. Depending on how you use this clever trick, it can make for an unforgettable discussion or a useful tool in getting what you want.

But how is saying the wrong thing supposed to increase more conversation? The human disposition is called “Cunningham’s Law”. A phenomenon perceived to affect human behavior mid-discussion.

Ask Dumb Things to Get Smart Answers
Cunningham’s Law works because sometimes you can be pulled out of your reverie with a fraction of probing or with contradictory data, which results in engagement.

Even Sherlock Holmes in The Great Game says, “people do not like telling you things; they love to contradict you”. Therefore if you want smart answers, do not ask a question. Instead, give a wrong answer or ask a question in such a way that it already contains the wrong information. It is highly likely that people will correct you.
Little do they know, you’re probing them.

A generalization of Cunnigham’s Law is that it’s similar to what Socrates tried almost 2500 years ago: the ancient Greek philosopher that upset many people in his day by questioning their knowledge.
In its simplest and most accurate explanation of the phenomenon being described: people generally don’t want to be helpful, but they do want to be the smartest person in the room.

How To Use Cunningham’s Law
In my best interest, I decided at times to tweak in Cunningham’s Law by asking questions that contained errors to solicit more of a response. Initially, I expected a bad response. Yet, strangely, that didn’t happen. Here’s what did.
I signed up to be a conversational English teacher to several Japanese students. It made my job harder when they were quiet or gave me only one-word answers.

When I showed a quiet kid a picture of an elephant and asked “what is this?” they got bored, moved on, cried, anything but answer my question. But if I said, “this is a giraffe” they would all stand up and scream “no, that’s an elephant!” — and suddenly they’re all engaged.

By being ignorant about a topic they are knowledgeable in, it gives them some authority in the conversation and that builds up their confidence.

It works surprisingly well on adults too.

If I ask a stubborn adult, “tell me about your Engineering job” they will typically respond with, “I design systems”. And then I have to ask an endless stream of follow-up questions with one-sentence answers — which no one likes doing.
Now, if I say something inaccurately along the lines of, “so, you’re an engineer. That means you build engines, right?” They can’t wait to correct my ignorance fast enough. They’ll go into detail explaining what an engineer is, what it isn’t, and what kind they are. All I have to do is chime in with “are you sure?” every few minutes and they’re talking up a storm for the rest of the conversation.

It’s truly crazy how you can ask a question intentionally assuming incorrect data and influence a person’s behavior. The only downside is that sometimes people get condescending.

Although, it’s a large part of the actual point — that many people are inherently more willing to jump into a conversation in which they can feel superior. Hence, it makes the conversation engaging to them.

In fairness, they didn’t know the real reason behind your misinformation, and that’s the price you pay for psychological manipulation. But it did show some people in a positive light, and that’s a rare enough occurrence.

Nevertheless, if you often encounter situations of boring small-talk, this human disposition might be useful the next time you want to evoke an interesting conversation.