[Gods Unchained] Top 5 Cards To Get Your Hands On! 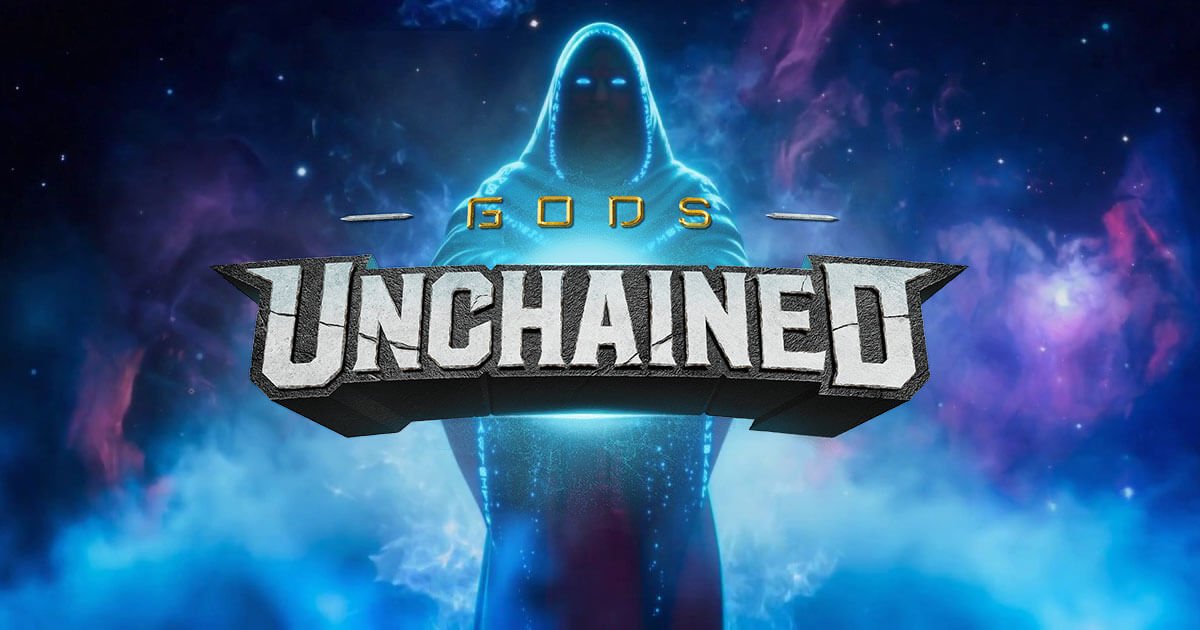 An average deck that's ready for competing costs around 0.3 ETH. For those that are not sure if they want to invest in the cards yet are pretty fortunate since the Core set of cards that you obtain by just playing the game is equally strong and most of the time make a big part of any deck.

But I digress, I will not talk about average stuff here so let's jump into the top 5 cards that I think will be the most valuable ones not only because of the price but because they have the most potential to make the cut in most decks or are even deck defining or just strong on their own.

This card is amazing in any aggressive deck. For 1 mana it is packed with stats but the downside is that you need to wait for 3 turns for the egg to pop, or do you? There are plenty of cards that can pop the egg and at the same time give you more value or tempo. Cards like Out of Its Misery in War decks and plenty of Death cards synergies well, best examples are Untold Greed, for 1 mana draw 2 which is absurdly good, also can be used with Living Container, Daemonic Offering, Hunger Daemon and in general with Deaths God Power, Reanimate. Tempo and value potential is too great to pass on this one. 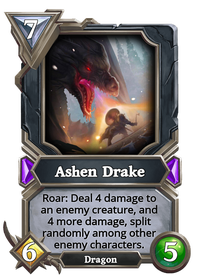 Ashen Drake isn't a synergy card but its effect and stats make it pretty good in almost all cases. In aggressive decks, it can be used as a final tempo push, to remove Frontlines or just take the board control and even do some face damage with the secondary Roar damage. In control decks, it can be used to stop aggression by removing medium and small-sized creatures, again taking the board control much easier. This card is versatile and can be used for attacking and defending pretty well. Also to consider, this card has one attribute that currently doesn't do anything and that is the Dragon tribe tag. With the introduction of the new sets, sooner or later this tribe will get some synergies and make it even better in the future. Don't take a pass on this one either. 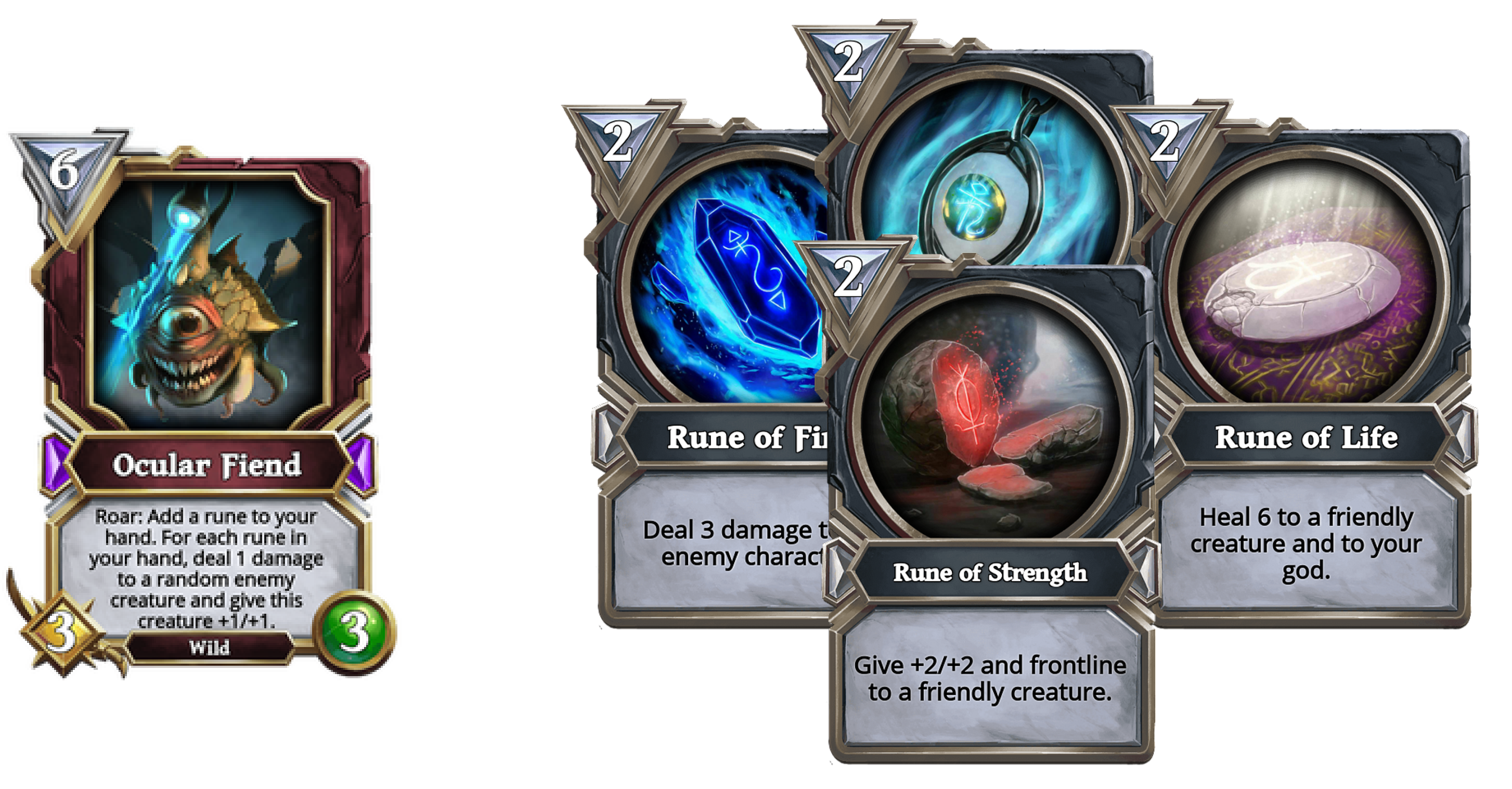 Ah, the King of Runes archetype. If you need a card that brings some value, clears the board and develops a big dude, then you need this one. This guy, combined with cards like Runestorm in Magic and Sacred Lore in Death, accompanied by powerful Neutrals like Rune Smuggler and Amputian Magus make the Rune archetype popular and rightfully so, it's strong enough to compete for its place on top of the meta decks. The Gods Unchained team announced that they will be nerfing runes so that will indirectly nerf this card also but still I don't think that Ocular Fiend will be any worse, maybe a bit fairer. 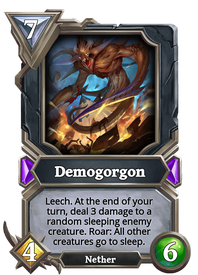 Another card that has been frequently discussed by players as being too strong. Because it is, at least it will be for at least a couple of months until we get another set introduced and maybe even then. The power of this card comes from the lack of any counter-play. Sleeping the whole board and healing effect is one of the best combinations of effects on a single card. This is especially felt in Deception because the class utilizes sleep mechanic the most and is the one that also lacks healing the most. I call this card an "aggro killer". I'm an aggro player mostly and when my opponent plays this card I lose in like 90% of the time. I can't say that I hate any card more than this one when it comes to the shutdown potential to a whole archetype of decks. Simply if you want to increase your overall win-rates versus aggressive decks you can't go wrong with this one. 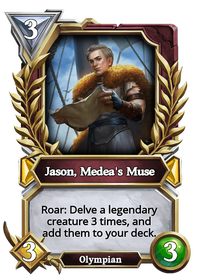 Currently the most valued card by far and it's not surprising at all. Not only does this one get you 3 legendaries packed into one card but it also adds those to your deck which enlarges your deck and that can be a valuable asset in control match-ups. It can also fit in the more aggressive/mid-range lists because it provides you with more beefy options in general so that your average draw becomes a bit heavier in the later stages of the game.

This was my list of top 5 cards that you should get because they are applicable in so many decks that it's totally worth it. These cards are a bit more pricey and will most likely only get more expensive so getting it sooner than later is a good idea, as a deck-building asset as well as an investment (don't listen to my investment advises, lol).

Too bad GUs API doesn't work properly so I don't have statistics for these cards to show but I can tell you, they are in most decks and do pretty damn well, price of these cards also tells the same story.

Runner-ups that didn't make the list: Pyramid Warden, Astraea's Envoy, That Which Aches and Amplification Machine.

Check these cards also as they have a high potential to get a spot in many decks and will bring value to your collection.

What are your favorites? Which ones do you hodl so dearly? Tell me in the comments below.