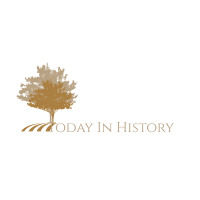 Today in 1773, to protest the tea tax from England, a group of young Americans, disguised as Indians, throw chests of tea from British ships in Boston Harbor.

The midnight raid, popularly known as the “Boston Tea Party,” was in protest of the British Parliament’s Tea Act of 1773, a bill designed to save the faltering East India Company by greatly lowering its tea tax and granting it a virtual monopoly on the American tea trade. The low tax allowed the East India Company to undercut even tea smuggled into America by Dutch traders, and many colonists viewed the act as another example of taxation tyranny.

Also, on December 16, 1973, the Buffalo Bills running back Orenthal James Simpson ("OJ") becomes the first player in the National Football League (NFL) to rush for more than 2,000 yards in a single season.