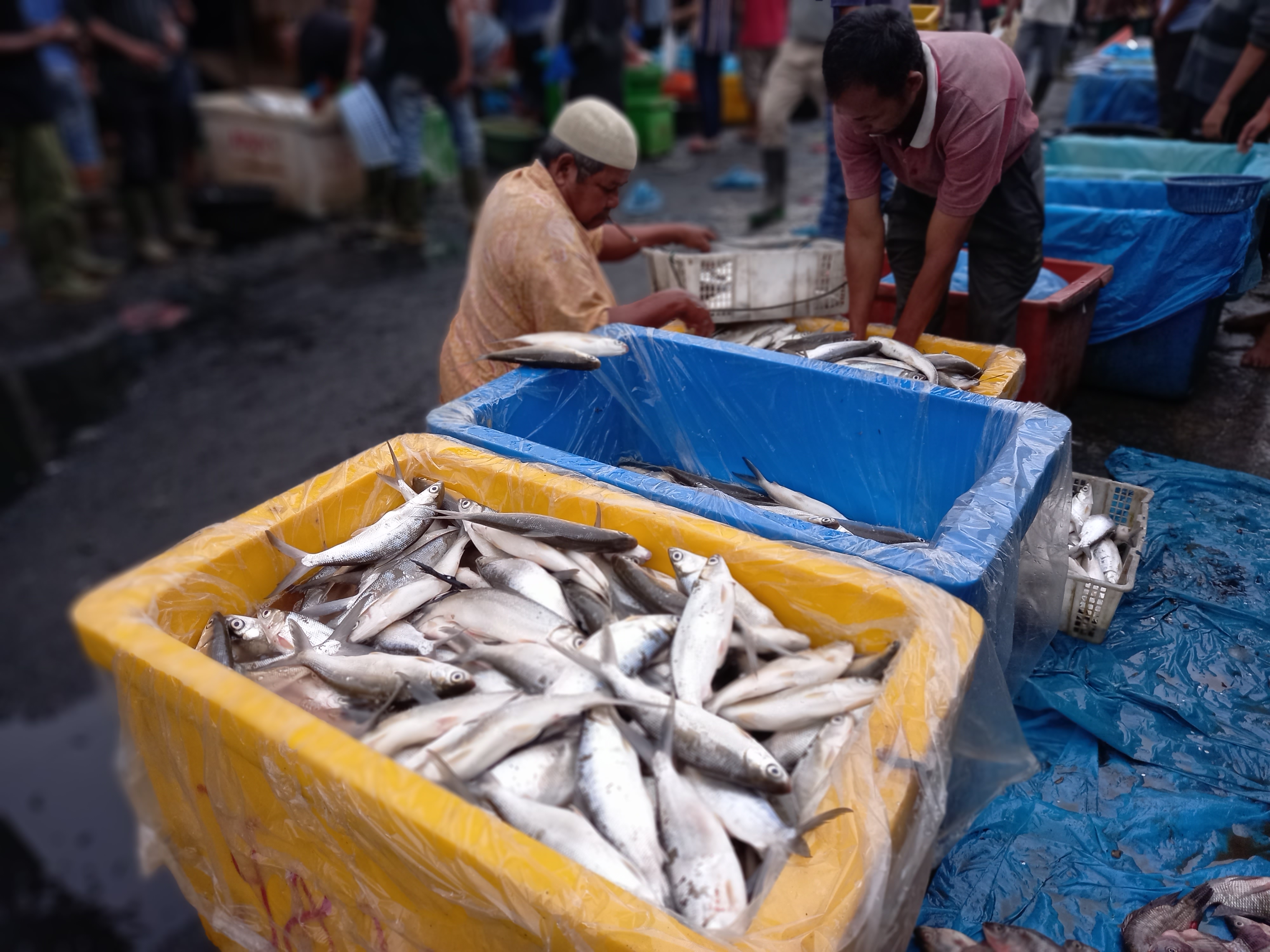 Hello everyone, how are you today?

May creativity always be with you in managing this wonderful platform.

As usual, some of my posts lately are about my daily activities. Because I am a fish trader in the city of Lhokseumawe, then I want to discuss in as much detail as possible the situation at my place.

Yesterday I shared a post about how to manage the wet fish that we bought from the ship owner until the fish will be sold in the morning.

Now I want to share the atmosphere in the morning at the fish market when I was selling fish.

Incidentally this morning, I got a shipment of goods, namely milkfish sent by a friend of mine from Lhoj Nibong. He harvested this milkfish in his parents' pond.

Actually this fish has made me dizzy in selling it because when my friend called, he said the size of the fish was big but when the fish arrived it turned out to be smaller.

Previously, the fish had been held back from selling, because the bid price of the fish did not match what we wanted, but after drawing conclusions carefully, the fish were sold out.

Traders buy fish by taking them in fish barrels, there are also traders waiting for the fish queue to be placed by workers.

The atmosphere in the market, female traders are also seen there, with neat clothes, they also buy fish and will be resold in their respective areas.

Milkfish is one type of fish that dominates fish markets throughout Aceh, because milkfish has made the fish market free from times of loss or scarcity of tuna when fishing boats are not at sea.

In addition to its beautiful and unique white color, milkfish also tastes very delicious and familiar. Baandeng fish is one type of fish that must be consumed by humans, because milkfish have scales that keep the meat clean for meat cleanliness. In addition, milkfish also under its scales have collagen which is very good for humans.

Maybe this is just a short post that I can share, hopefully it will be useful for all of my friends.