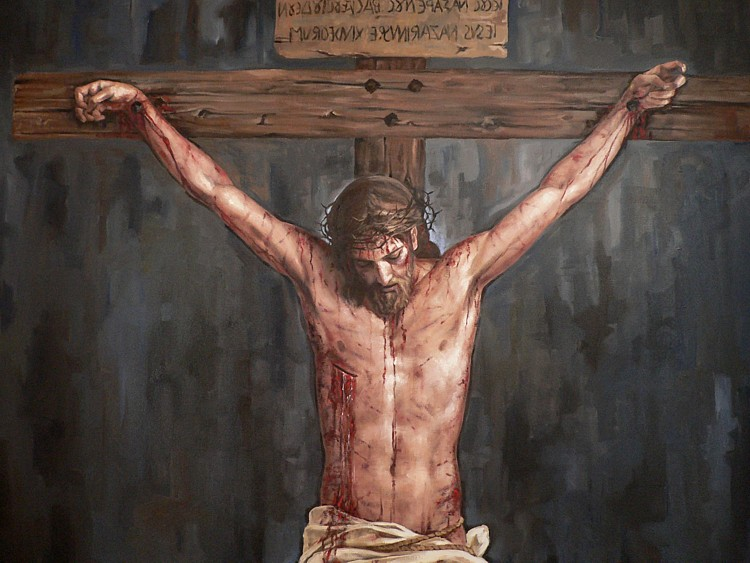 A few days ago I was thinking about the words of the apostle Paul to the believers in Corinth when he said to them: “So, brothers, when I went to you to announce the testimony of God, I was not with excellence of words or wisdom. For I decided not to know anything among you except Jesus Christ, and the crucified one. And I was among you with weakness, and much fear and trembling; and neither my word nor my preaching was with persuasive words of human wisdom, but with demonstration of the Spirit and power; so that your faith is not founded on the wisdom of men, but on the power of God. ”(1 Corinthians 2: 1-5)

Paul, with all his studies and with all his oratory, set out not to talk about anything but about Jesus Christ crucified. I could have talked about so many valuable topics about God and the life of the human being. But he decided not to know anything but Jesus and his sacrifice on the cross, because he understood that there is no more fundamental and transcendental theme in the universe. “Because the word of the cross is madness to those who are lost; but to those who are saved, that is, to us, it is the power of God. ”(1 Corinthians 1:18)

In addition, Paul knew that his preaching and his teachings could not be with excellence of words, or with persuasive words of human wisdom, but with demonstration of the Spirit and power - if he wanted his testimony of God to reach the hearts of his listeners. In his weakness, in his fear and trembling, the power of the Spirit of Christ in him would shine much more. Just as God told him later when he declared: “… Enough my grace; because my power is perfected in weakness. ”To which Paul said:“ Therefore, I will gladly boast rather in my weaknesses, that the power of Christ may rest upon me. ”(2 Corinthians 12: 9)

That is why our reflections are pointing towards Jesus crucified. Therefore, I think and pray and write with fear and trembling, so that our faith is not based on the wisdom of men, but on the power of God.

“For God so loved the world, that he has given his only begotten Son, so that everyone who believes in him will not be lost, but will have eternal life. For God did not send his Son into the world to condemn the world, but to have the world saved by him. ”(John 3: 16,17)“ In this we have known love; in which he put his life for us… ”(1 John 3:16)

The book He Loves Me about Jesus Christ crucified states: “It is so important to understand the death of Jesus on the cross as an act of love for you, and not just as an act of satisfying God's justice… The gateway to love of the Father begins on the cross. Seeing what the Father and the Son accomplished together in that moment of climax defines love in a way that you can only experience in Him ... Then you will discover that life in God rises from your security in his love, not of your insecurity that you don't love him enough. ”

Beloved, that in these we can concentrate our gaze and our meditations on Jesus Christ crucified - may our understanding of the sacrifice of justice and love of the Son of God on the cross deepen, captivate us and transform us “much more abundantly than we we ask or understand, according to the power that acts in us… ”(Ephesians 3:20)

I’m using Partiko to make friends and have fun on the Steem blockchain. You should as well! Here’s my invite link: https://partiko.app/referral/smallearth, you will get 3000 Partiko Points for sign up bonus, and you can exchange them into Steem token!

Jesus is our priority and should be our lifestyle.
Thanks for sharing @yridelys.