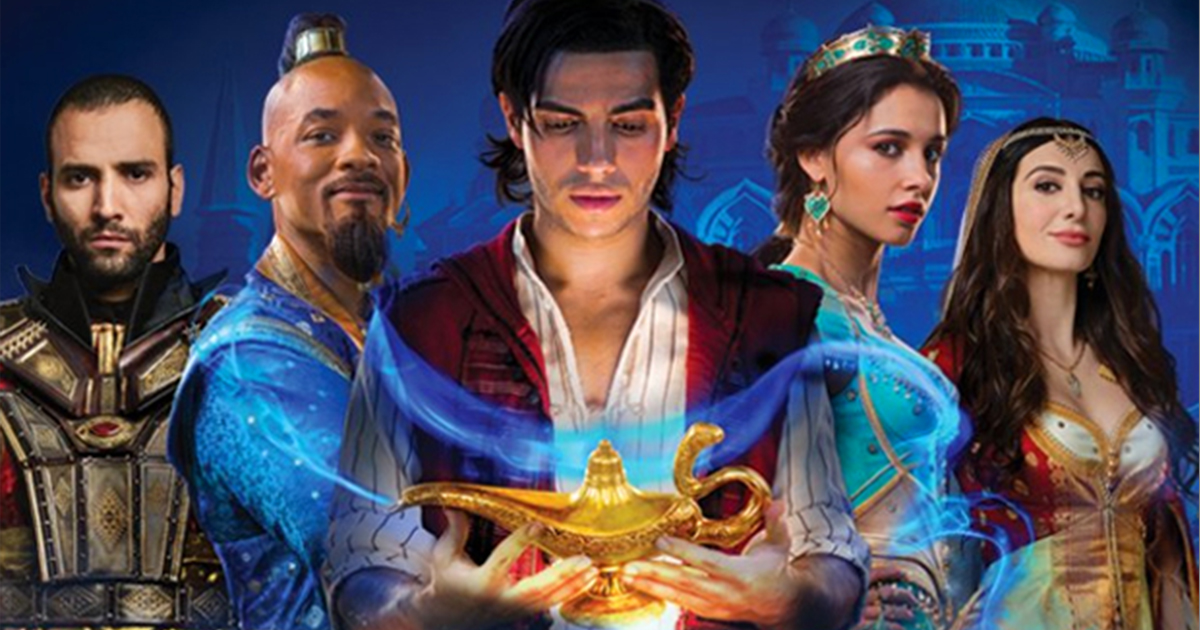 Aladdin and the princess finally lived happily together.

Aladdin, the protagonist, is a street thug who steals chickens and touches dogs. As soon as I heard that the director of this film is Geric, and that the protagonist is such a setup, I thought Jason Statham would play it.

At the beginning of a busy chase, Aladdin's skills, occupation and living environment were explained, and the audience's sense of identity with him was established by the way. I didn't say these words, but they came from the book "Save the Cat" by Mr. Black Snyder. Aladdin was about to enjoy the spoils after some chasing, but he gave generously because he saw the hungry children on the roadside-this is the most classic practical case of "saving cats".

The question is, how can a movie in 2019 become a case in a book published more than ten years ago? The reason is that this real-life version of this episode almost perfectly reproduces the animated film of the same name in 1992. Audiences who are familiar with Disney's animation-to-reality routine in the past two years are familiar with this. However, compared with Cinderella and Beauty and the Beast in previous years, this film has finally lived up to its title, and Aladdin, the leading actor, is an active role in pushing the story forward, and will not become a princess foil under the feminist tide in Disney movies.

As the leading star of the film, Will Smith's name was written in the most prominent position, but only a small face appeared at the beginning of the introduction, and he didn't participate in the whole story of the first act. Just when those who admire his name almost want to accuse the film of fraud, the highlight of the film finally came.

Jia Fangwei, the villain, forced Aladdin to steal the magic lamp for him. He also told a philosophy similar to "Whoever steals the hook, whoever steals the country", which scared the young man out of his wits. Then Aladdin took the monkey Abu into the cave. This cave is really like the treasure cave in Caribbean Belt 1. I am particularly worried that Abu will lose control of his hand and secretly hide some gold and silver jewelry in his body. As a result, he found himself cursed after leaving the cave, and became immortal from now on, and changed his name to Jack. It's also a good development. It happens that the first scene of the opening of this film is also on a sea boat, so it's better to link with the Caribbean Sea Belt, which is Disney's own brand anyway.

In the cave Aladdin and Abu found the flying carpet, the distant cousin of Doctor Strange's gay friends Magic Cloak. I thought how tough it was to get the flying carpet, but it turned out that it was just to move a Stone that was not too heavy. This cave is really convenient. Aladdin's two most important magic weapons were bought one get one free, and they were all settled when he came down.

..... In a word, Aladdin escaped from the cave with the magic lamp after watching the elf singing and dancing performance. While Aladdin discussed with the elves how to pretend to be Gao Fushuai and chase the princess, the flying carpet fully displayed its artistic talent, piled up a sand sculpture Disney castle, and perfectly restored the effect of fireworks above the castle. This is the most interesting egg in the whole film.

Aladdin went to seek relatives and friends under the alias of Prince Ali, but no one in his country had ever heard of it, because all his citizens enjoyed the blessings given by the prince, and they had no time to show their faces in their respective jobs. The artistic creation of flying carpet laid the keynote of Aladdin's visit to relatives in advance. From dressing up to meeting the Sultan and Princess, all of them reveal the temperament of sand sculpture. The most sand sculpture is the battle of Princess and Aladdin on the dance floor, which has a visual sense that the Star Jue is plotting against Ronan.

Because the magic lamp is too powerful and the operation method is too simple and rude, the growth and decline of both the good and evil forces in the film is like riding a roller coaster. Anyway, whoever the writer wants to let fall into the disadvantage will suddenly get confused and lose the magic lamp casually. The visual wonders of the film are mainly displayed through chasing scenes, and there are not many real fights. After all, fighting is not Aladdin's specialty, but parkour.

Although Jia Fang gained powerful mana with the help of the magic lamp, I think the princess is still a little taller than him. When the princess sang, she turned all the men who stood in her way and thought that women could not be Sudan into fly ash. Unfortunately, as soon as the song is finished, this special effect is released. So just like Thanos needs infinite gloves, the princess needs an infinite microphone.

Although the princess's theme song has the feeling of forcing feminist points, I have to admit that she sings really well, and of course her appearance is outstanding. The singing, dancing, and drop-dead gorgeous of male characters are naturally Will Smith. After the break, I saw the poster of the new version of "Men in Black" as soon as I went out, perhaps because that series didn't give Will Smith enough space to sing and dance, so the leading role was changed to Hammer Brother.

There is an old version of the story, "Aladdin" has nothing to say about the fluency of the plot, and several leading actors who sing and dance well have fully guaranteed the entertainment of the film. However, the final feeling of the throne is still too easy, which does not vividly depict the frustrations experienced by an ambitious princess in order to realize her political ambitions. I think the plot can be changed as follows: the old Sultan was killed, the princess fled to a foreign land, and later returned to her native land with her own army. When victory was in sight and the capital was about to be captured, her spirit was suddenly stimulated, and she summoned the elves to turn urbanization into a scorched earth, and finally Aladdin was stabbed to death by her sweetheart, so Aladdin was sent to the frontier. Feeling is a good story worth shooting for eight seasons.