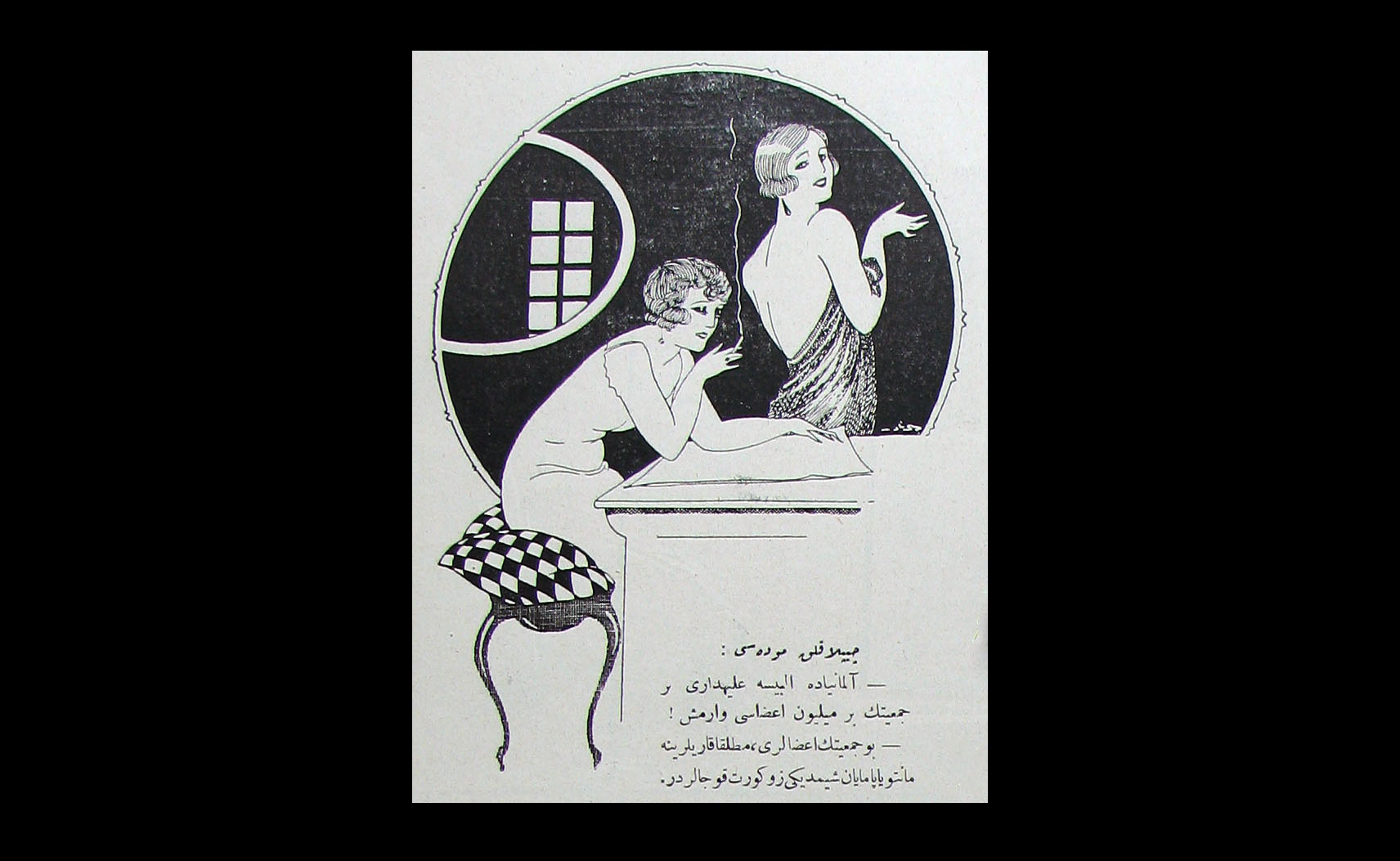 English
The (Fashionable) Popularity of Nudity:
— In Germany an anti-clothes organization has one million members!
— This organization’s members must be today’s poor men who could not make their wives coats.

Comments:
Today’s cartoon portrays two cosmopolitan women chatting about a newspaper article. Lounging around in a leisurely fashion, the women poke fun at a story about a nudist colony in Germany. Finding the idea silly, they misattribute the desire to live without clothes as a punishment for “poor/destitute” husbands who could not afford to clothe their wives.

While the women’s interpretation of the situation is humorously misplaced, the text and imagery of the cartoon also work together to underscore the inability for the rich to sympathize with the (perceived) poor. The women’s clothes, hairstyles, literacy, and cigarette habit place them at the upper limits of the social hierarchy. As such, these upper-class women cannot relate to the plight of the poor and amuse themselves by inserting impoverished men into the incongruous context of the German nudists. The absurdity of the women’s detachment is rendered through their own near-nudity. Much like the impoverished, they are under-dressed. As the title of the cartoon suggests, this is acceptable, nay fashionable because their condition is dictated by choice and not obligation. The cool, slick style of the drawing combined with the apathetic, disinterested demeanor of the women supports this interpretation.

This article has been updated and modified from its first iteration published right here on Steemit on 5 August 2016. For the original version see:
3. Today in 1920s Turkey: 5 August 1925 (Fashionable Nudity)