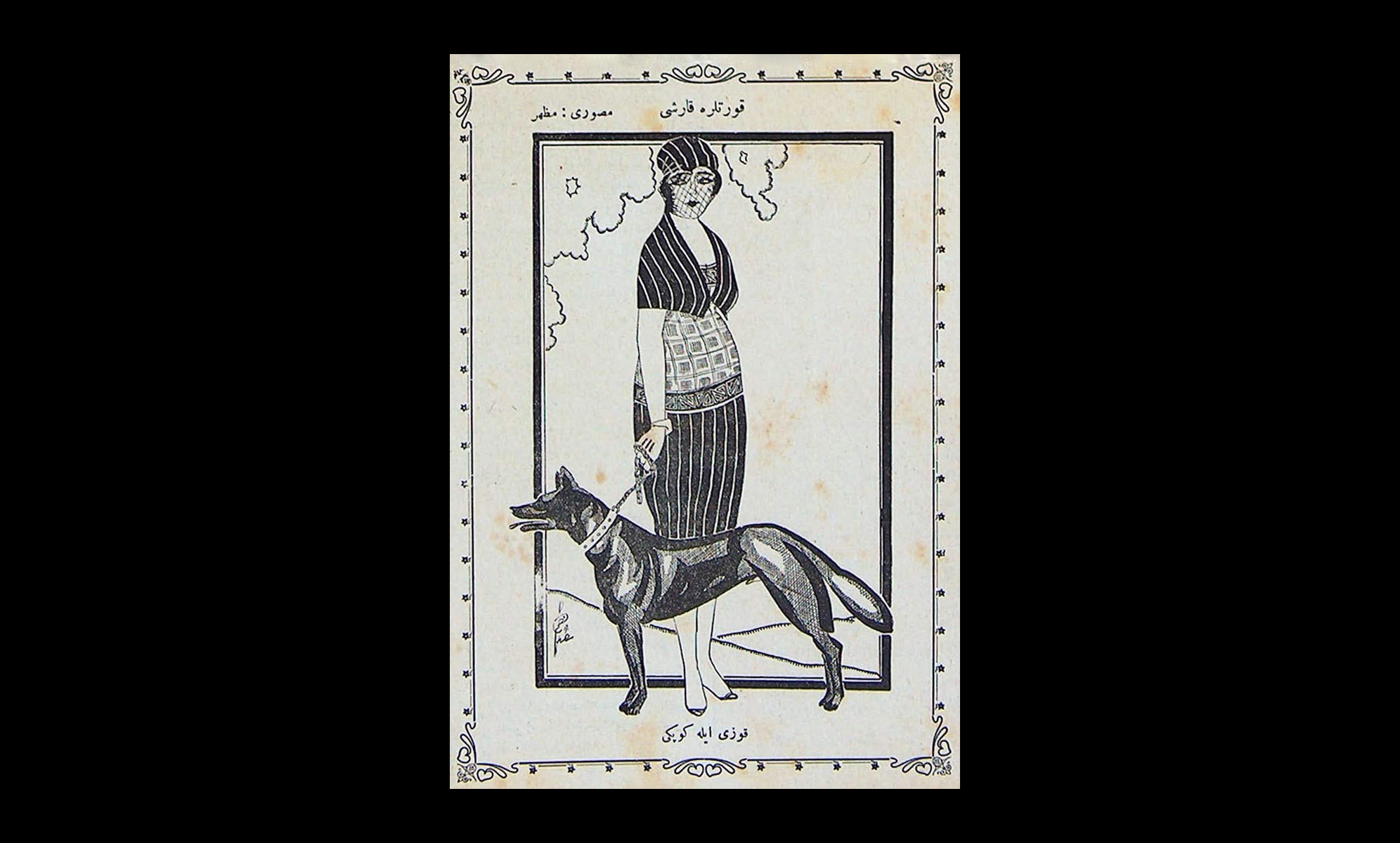 English
(Above)
Against the wolves
(Below)
A lamb with her dog

Comments:
Today’s cartoon features a woman in a basic landscape with her dog. The woman’s dress and the fact that she owns a dog makes her a a member of the upper classes. She wears a netted face veil and hat that cover her modern, flapper-girl haircut. Her short-sleeved shirt and skirt leave much of her arms and legs bare. Standing stationary in the landscape, she holds the leash of her dog, who appears alert and threatening. At that time, even in Istanbul, a single, unattended young woman in public would have been a rare sight indeed.

But the imagery on its own is not humorous, rather it is the text that provides an amusing framing for the scene. The text above declares the inclusion of the dog as a precaution taken “against the wolves.” However, the woman’s style of dress, including high-heeled shoes, suggests that she is a city-girl, perhaps walking in a park where the threat of actual wolves is minimal but the likelihood of being harassed by a man is certain. In this way, the cartoonist uses the common trope of predator and prey to underscore the vulnerability of the woman. Yet she is not alone. As the text below points out, she is “a lamb with her dog.” While there may be predators out their targeting single women, at least this one cannot so easily be approached.

Numerous other cartoons deal with matters of romantic love, courtship, and mate-finding. So common is this theme that it could be called a genre. A few examples from the Today in 1920s Turkey vault can be accessed from the below links:

Hunters in the Forest of Love

A Clever Cartoon of Combat and Courtship