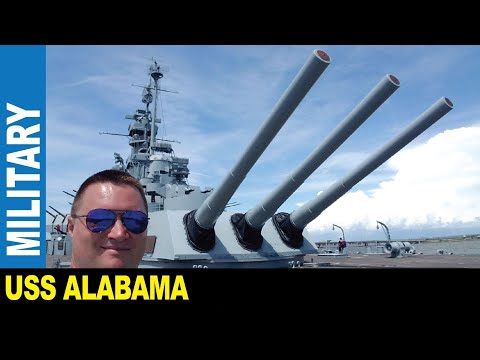 From its humble beginnings on February 1, 1940 as the keel was laid at the Norfolk Navy Yard in Portsmouth, Virginia, Battleship USS ALABAMA (BB-60) has had a remarkable career. She began her World War II adventures in the North Atlantic in 1943, then later that year, went to the South Pacific seas. She ended up in Mobile, Alabama as a National Historic Landmark and memorial to millions.

Home to a crew of 2,500 courageous Americans, this 45,000 ton gentle giant’s WWII adventure culminated with BB-60 leading the American Fleet into Tokyo Bay on September 5, 1945. Nine Battle Stars for meritorious service were awarded the “Mighty A” during her brief three year tenure as the “Heroine of the Pacific”.