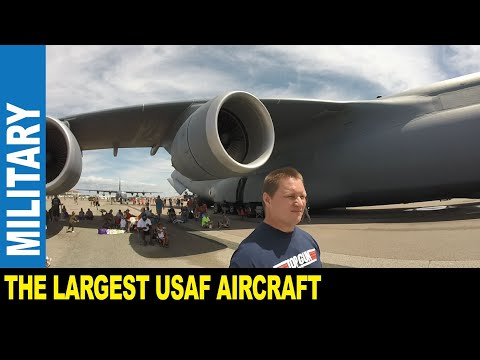 The C-5M Super Galaxy is a strategic transport aircraft and is the largest aircraft in the Air Force inventory. Its primary mission is to transport cargo and personnel for the Department of Defense.

The C-5M is a modernized version of the legacy C-5 designed and manufactured by Lockheed Martin. Currently the U.S. Air Force owns and operates 52 C-5B/C/M. They are stationed at Dover Air Force Base, Delaware; Travis AFB, California; Lackland AFB, Texas; and Westover Air Reserve Base, Massachusetts.