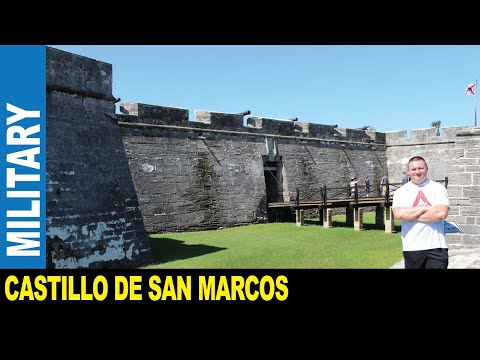 The Castillo de San Marcos (Spanish for "St. Mark's Castle") is the oldest and largest masonry fort in the continental United States.It is located on the western shore of Matanzas Bay in the city of St. Augustine, Florida.

The Castillo was designed by the Spanish engineer Ignacio Daza, with construction beginning in 1672, 107 years after the city's founding by Spanish Admiral and conquistador Pedro Menéndez de Avilés, when Florida was part of the Spanish Empire.

Castillo de San Marcos was attacked several times and twice besieged: first by English colonial forces led by Carolina Colony Governor James Moore in 1702, and then by English Georgia colonial Governor James Oglethorpe in 1740, but was never taken by force.

Ownership of the Castillo was transferred to the National Park Service in 1933, and it has been a popular tourist destination since then.