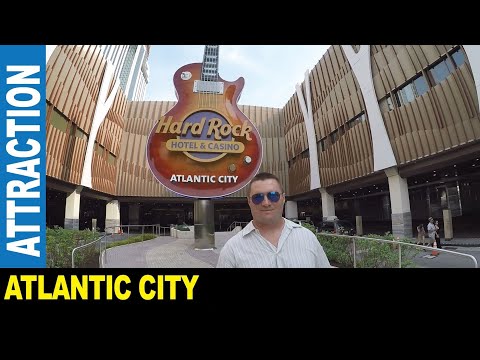 Atlantic City is a resort city in Atlantic County, New Jersey, United States, known for its casinos, boardwalk, and beaches. In 2010, the city had a population of 39,558.

Atlantic City inspired the U.S. version of the board game Monopoly, especially the street names. Since 1921, Atlantic City has been the home of the Miss America pageant. In 1976, New Jersey voters legalized casino gambling in Atlantic City. The first casino opened two years later.

Since February 2, 1887, the city of Atlantic City has seen 2,538 (as of September 2018) professional boxing fight programs, the first one being one with a main event fight between Willie Clark, 3-0-3, and debuting Horace Leeds, won by Clark on points over four rounds. During the 1980s, professional boxing activity boomed in Atlantic City, at times rivaling Las Vegas, Nevada in staging major boxing fights. Fighters who fought in Atlantic City at that era include Marvelous Marvin Hagler, Thomas Hearns, Wilfredo Gomez, Jeff Chandler, Larry Holmes, George Foreman, Mike Tyson and others.

Atlantic City has many different shopping districts and malls, many of which are located inside or adjacent to the casino resorts. Several smaller themed retail and dining areas in casino hotels include the Borgata Shops and The Shoppes at Water Club inside the Borgata, the Waterfront Shops inside of Harrah's, Spice Road inside the Trump Taj Mahal, while Resorts Casino Hotel has a small collection of stores and restaurants. Major shopping malls are also located in and around Atlantic City.

The Atlantic City Boardwalk opened on June 26, 1870, a temporary structure erected for the summer season that was the first boardwalk in the United States.

The Boardwalk starts at Absecon Inlet in the north and runs along the beach south-west to the city limit 4 miles (6.4 km) away then continues 1 1⁄2 miles (2.4 km) into Ventnor City. Casino/hotels front the boardwalk, as well as retail stores, restaurants, and amusements. Notable attractions include the Boardwalk Hall, House of Blues, and the Ripley's Believe It or Not! museum.

In October 2012, Hurricane Sandy destroyed the northern part of the boardwalk fronting Absecon Inlet, in the residential section called South Inlet. The oceanfront boardwalk in front of the Atlantic City casinos survived the storm with minimal damage.