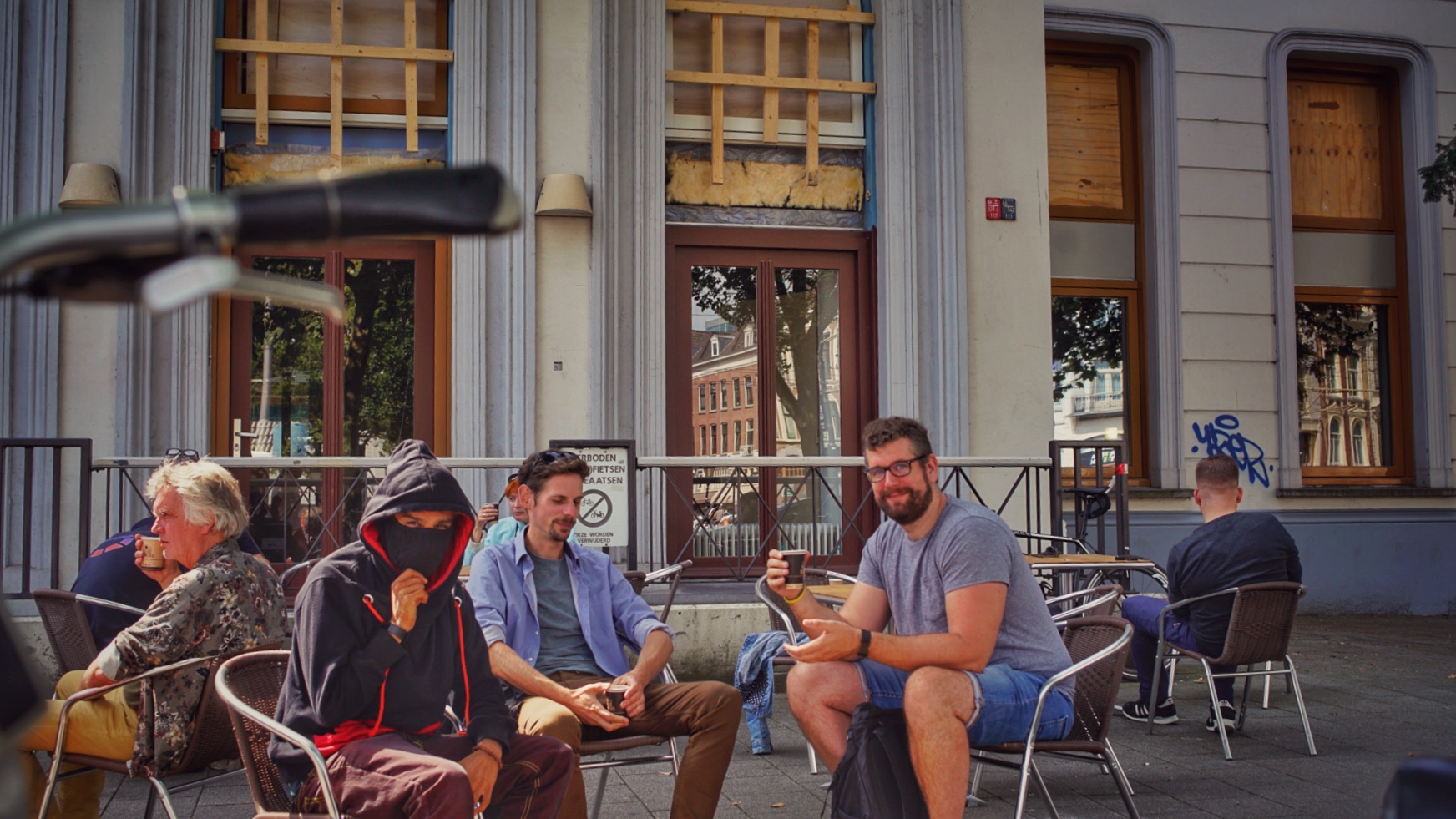 Arriving in Rotterdam this afternoon we finally came to our long anticipated meeting with the infamous @exyle. ;)

Had to take a picture of alliance, as my grand dad asked them to open the one in delhi, because the capital didn’t have one

First of all the Dude is huge! Even taller than @vincentnijman, these two huge Dutch dudes made me feel like the pretty short asian 172cm bruce lee size shinobi that I am. 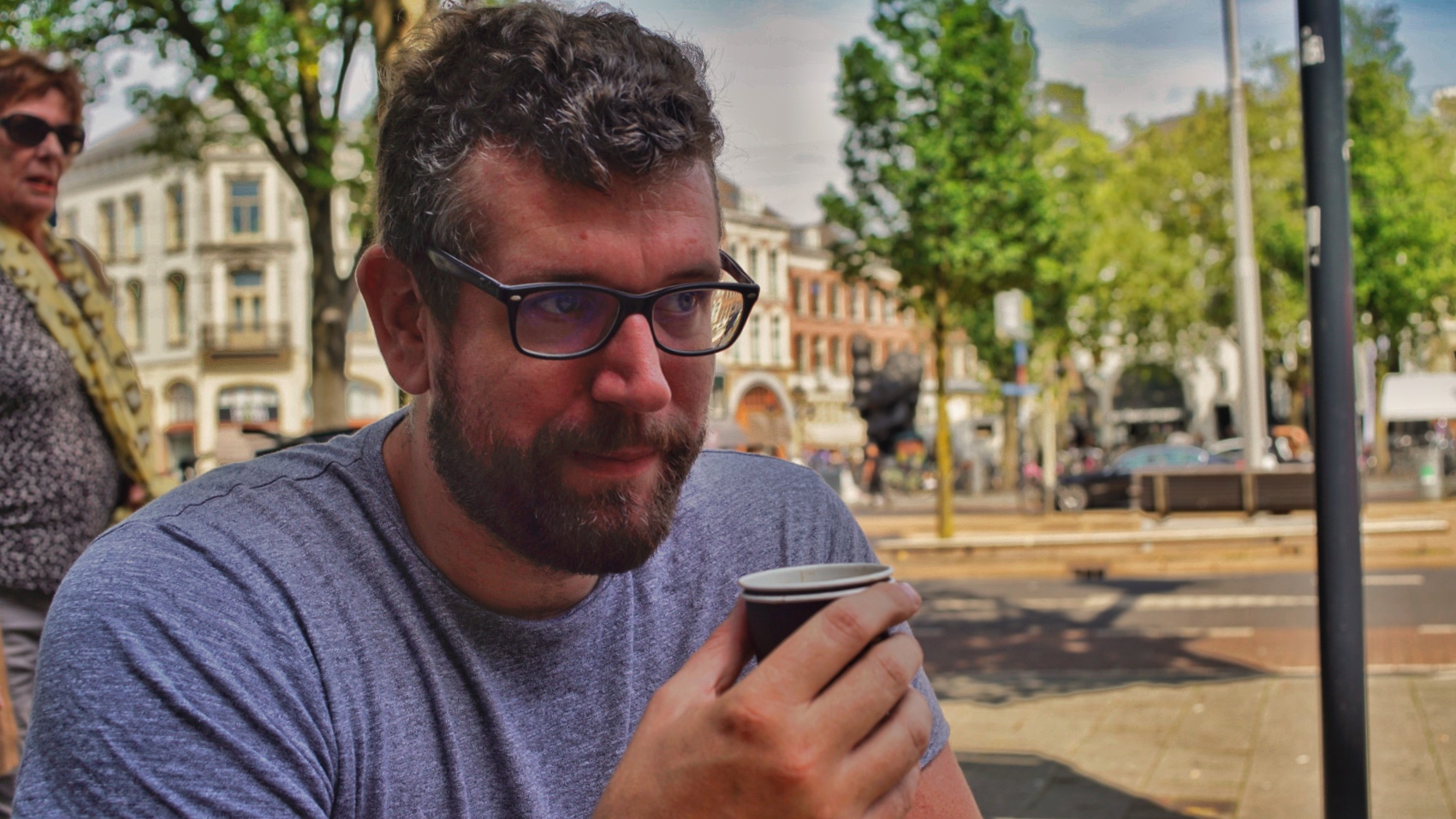 Talking to an OG

Following @exyle and his posts, we all know that he shares a lot of insights and knowledge with our community. Firstly he’s really down to earth. Experiencing his passion for the steem blockchain live, i can tell y’all that he is even more humble in real life. This makes him an even more interesting character. The passion we exchanged amongst each other resonated during our conversations as fruitful ideas began to unfold and flourish.

We spoke about what makes the steem community unique, why a hand full of people believed in it and still built during the bear market and whats coming up. Believe me, i had no idea. I felt like i wanted to become a sponge as he had so much value to share. After meeting him, hearing about his presentations and feeling his dedication, my passion for steem multiplied. My fitbit was showing 117bpm on my pulse that normally averages around 74bpm about an hour after, because my brain was on fire. I even wrote @aggroed a novel about an idea I shared with @exyle to get an input. We spoke about token economics and circulating supply as well as products and services. There is so much happening here and i think we can be the revolution. With we, i mean all steemians!

@ecotrain, @naturalmedicine, @tribesteemup, @cleanplanet and many more communities here make me believe i should go all in for steem after meeting @exyle, because I believe in it ! 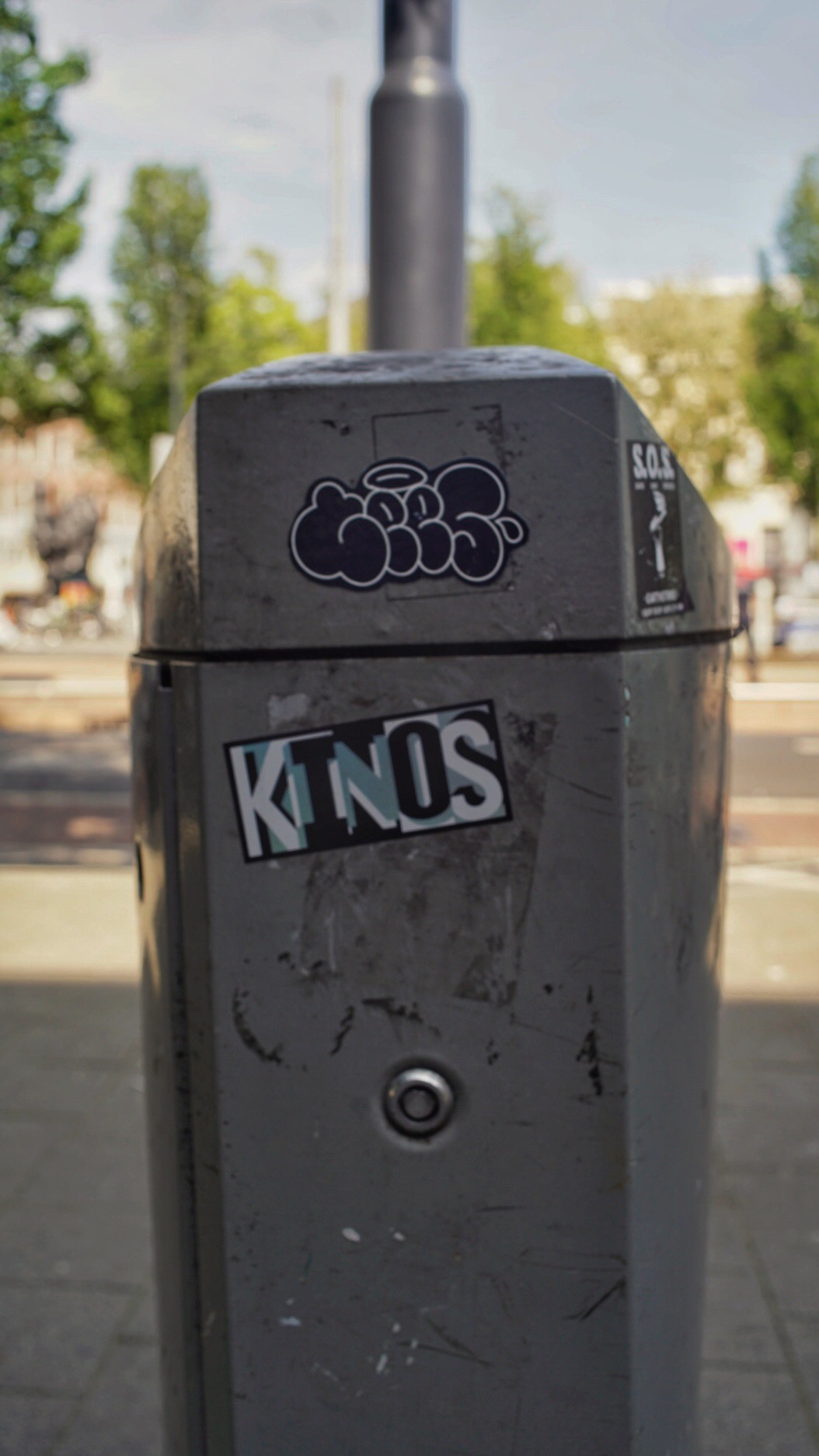 Born and residing in the same country where the mont pelerin society was formed, my origins are from a country that had great economic ideas from Takshashila to Nalanda. Until the 7th century AD, there were societies that thrived through working towards achieving free markets. My grandfather was the co founder of frontline magazine, which became the first magazine in India to oppose another political party at the time. As this post isn’t about politics, I will leave the several reasons for somewhat concealing my identity for another post with some action. 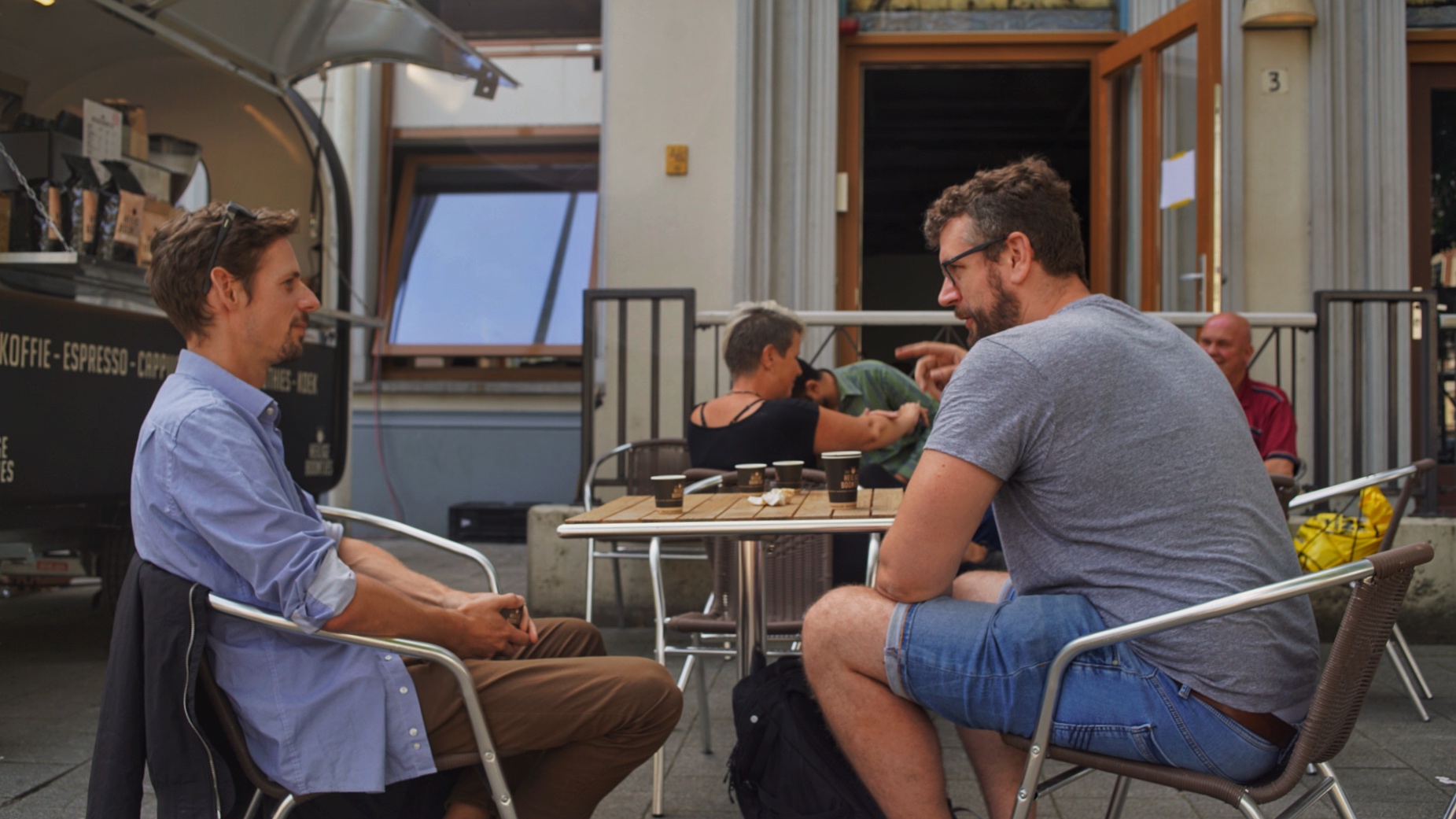 While these two were talking, i decided to take some pictures of the surroundings and the place we had excellent coffee at. 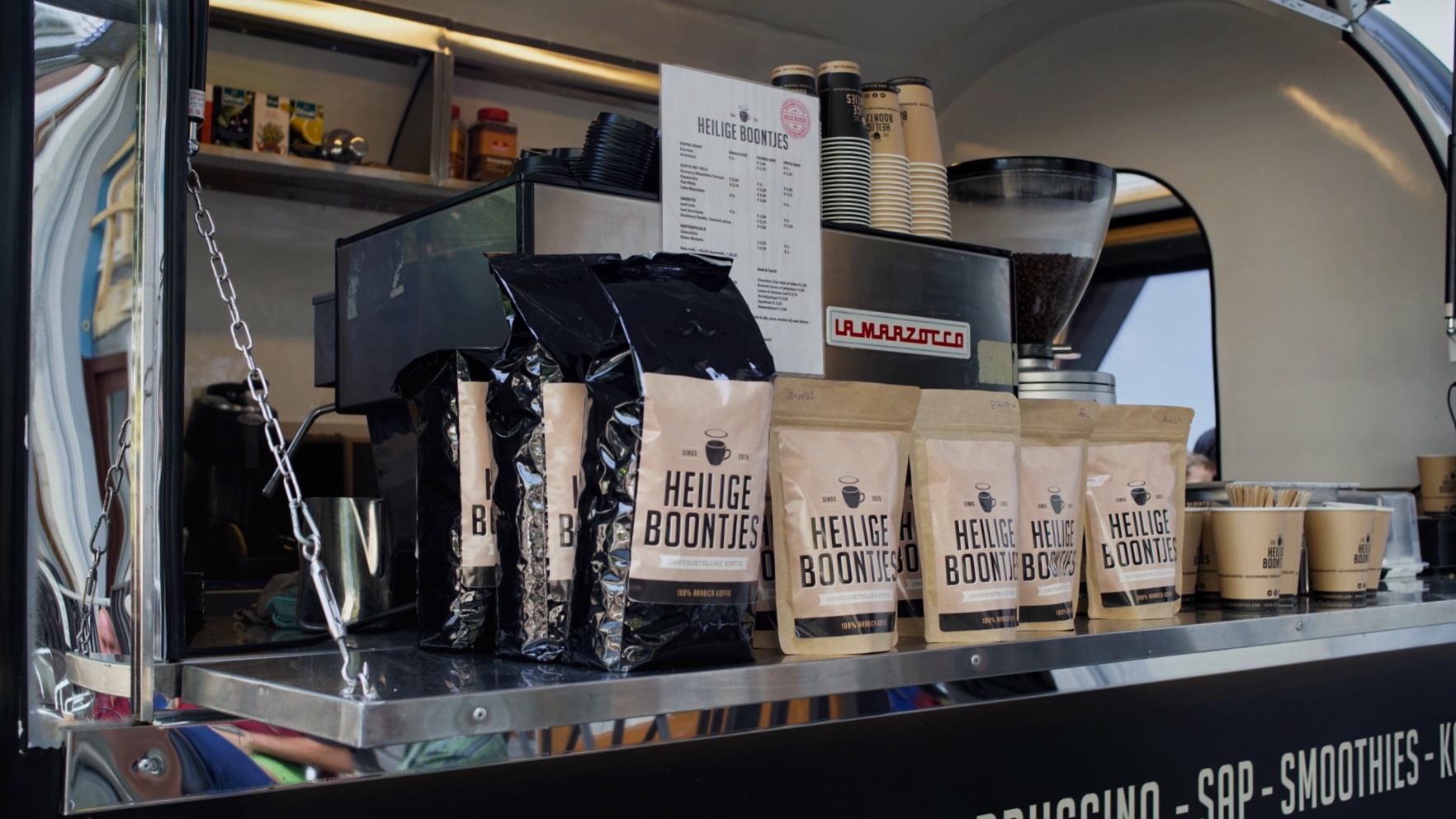 Interesting post. One thing caught my attention; you spoke about coins circulating. That is really fundamental to an economy - including the Steem economy - it isn't just about minting coins and creating sinks (that include just cashing out!) but about the coins circulating.

@busbecq Totally, we need goods and services and can be much more than just a platform for incentivized content. Something that also sets us apart.

Time flew by, I had an absolute blast meeting you two!

It was truly inspiring my friend 😉 epic!

Likewise! The pleasure was mutual :>)

This is absolutely brilliant. I am so pleased that you met him because sometimes these faces on Steem are like mythical creatures and you are not sure whether they entirely exist. I am really loving seeing you guys having a good time and is really nice to hear some positive things about Steem straight from the horses mouth, so to speak. Like you, I am in for the long haul! A Steemian through and through.

Beautiful photos, exited to read more posts in the future. I love finding new people I can connect with from all over the world.

Same buddy. Our SGM is really powerful. I was slightly skeptical in the beginning to do a meditation in a conference call, but i must admit it’s an addition that changed my life and brought the steem blockchain much closer to my heart.

you ended up in the right place :>)

seems like an awesome meetup! If you are visiting Switzerland as well let me know for a coffee!
@vincentnijman bende op bezoek op het oude nest?

Flying to Zurich tonight! Where do you live?
Would be fun to meet up.

Really? I live in Luzern so thats just a breeze away! Contact me on discord dude, I have some time to meet up!

You are not perhaps visiting zurich open air today as well right?

It is truly a joy to be able to meet an endless source of ideas. When you meet @exyle it must be like someone on a journey in an endless desert and then suddenly find an oasis. When you see the coolness and friendliness of a welcome aka make us more excited to work.
if I may use the wise word, ,once rowing two three islands exceeded, that's what you do. Meet a famous figure in Steem, then have a long discussion. In fact, from the post @exyle told to meet with @vincentnijman and you have a discussion for 4, 5 hours. During your discussion, surely you will get a splash of soul and strong motivation.
Especially when discussing you still have time to take pictures and have a clear description then of course it will be a posting material for some sort. Can be from photography, can be from traveling and maybe culinary. And last but not least, it's certainly the material to post the results of a long conversation with @exyle.
Of course there is more value to be achieved.
Thank you @yangyanje, @exyle and @vincentnijman
Warm regard from Indonesia

This gives me such good vibes to see! I hear a lot of people so worried about the price of Steem or the hardfork, that it is really nice to see some folks just getting together and being excited about all the possibilities! Of course the meditations we share give me some excellent energy, as well. Such a blessing to spend that time together, even when we are in all different parts of the world!

Awesome to see Steemians meet . Great guys in one picture.

😅. Great to know you have family in India. Glad to meet you.