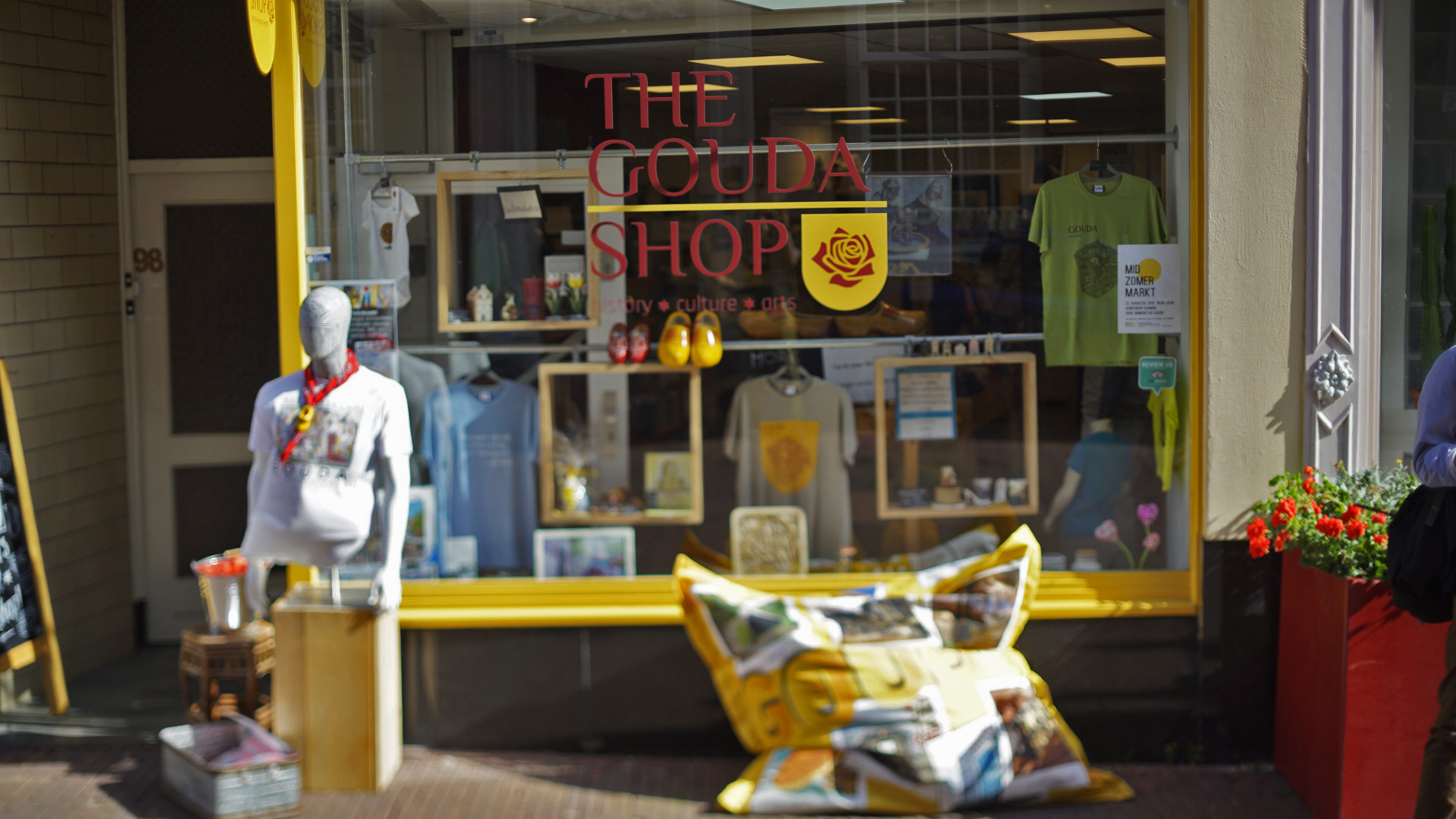 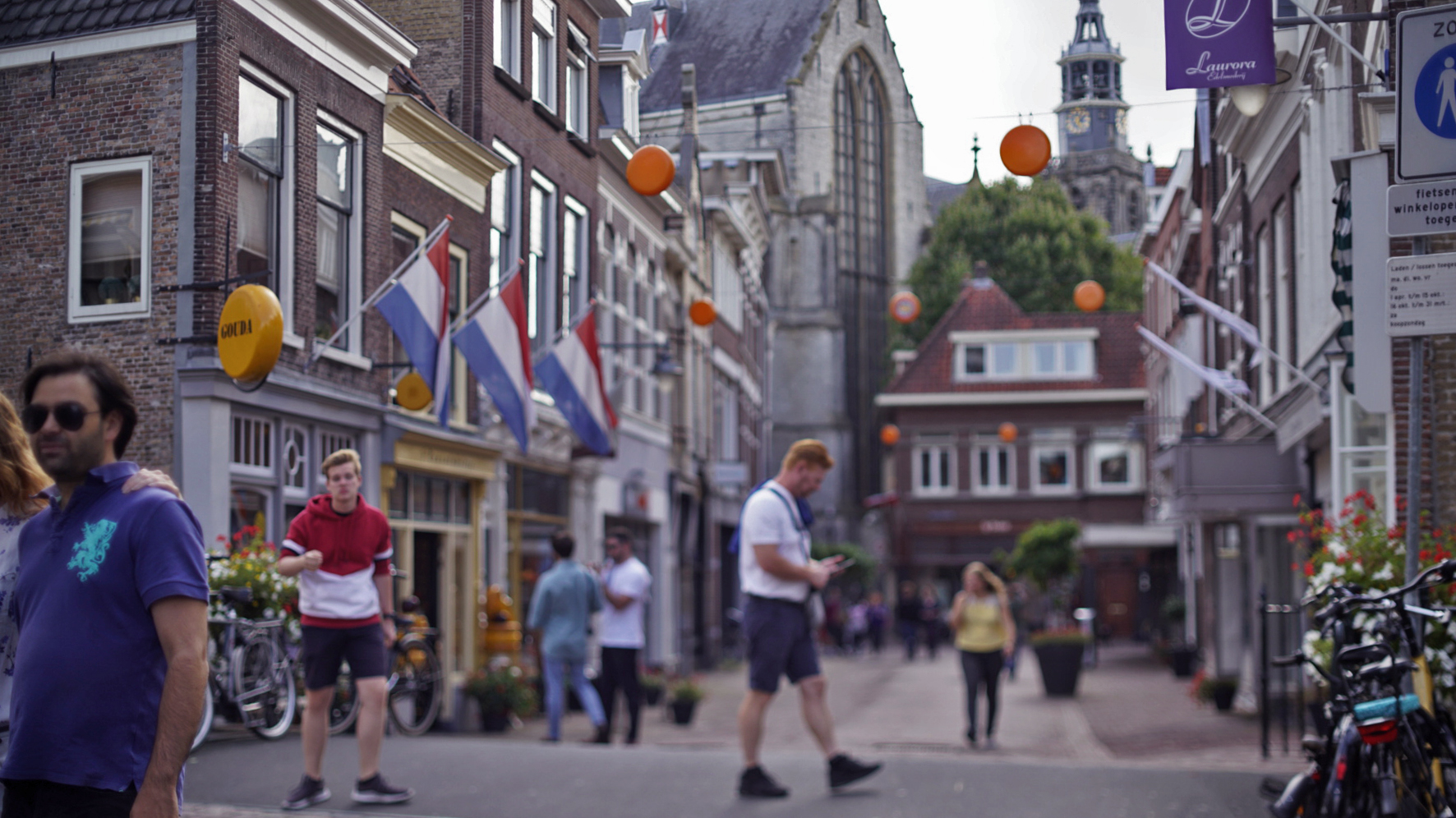 Home of the Goudse kaas, this little town is where my buddy @vincentnijman is from. During my stay in the Netherlands, I also spend half the time living at the House of Vincent's lovely parents, who were kind enough to host me. His mom makes an excellent Ratatouille and is into baking, cooking and likes Ginger as much as I do. She had everything a Kitchen needs from vinegar to baking powder and plenty of ingredients to make practically anything. As I spent more time with Vincents parents, I noticed that both his parents are highly creative, very resourceful and interesting individuals. With such a lovely family, I was only more convinced, yet less surprised as to how @vincentnijman became this slick, polite dude with a friendly outspokenness that anyone would randomly warm up and respond to. During my stay, I also learned a lot of kitchen hacks from his mom, just by using her kitchen. She also suggested to keep Ginger in Soil and make sure is stays fresh.

Cooking amazing meals, going out for walks, meeting his little sister and her Kids for cake I had a total blast just being around such great people. Thank you Buddy! I also blogged about Gouda and Utrecht partly in an actifit Report on the 16th of August. Apart from Den Hague, Utrecht also struck me to be an interesting city, but with a typical European consumerist dress code with neat Nike Air Max, New Balance and clean sneakers the first thing that people seemed to look at. The streets around the Urban very modern center reminded of clean english streets and house made of brick walls. Gouda being a Gothic City center surrounded by small villages with cheese producers. Vincent mentioned Utrecht being a student city, which made a lot of sense.

Speaking of Gouda, I got many mixed impressions of one Nature and the country side, and the classic urban parts of town. Here are some more visual impressions: 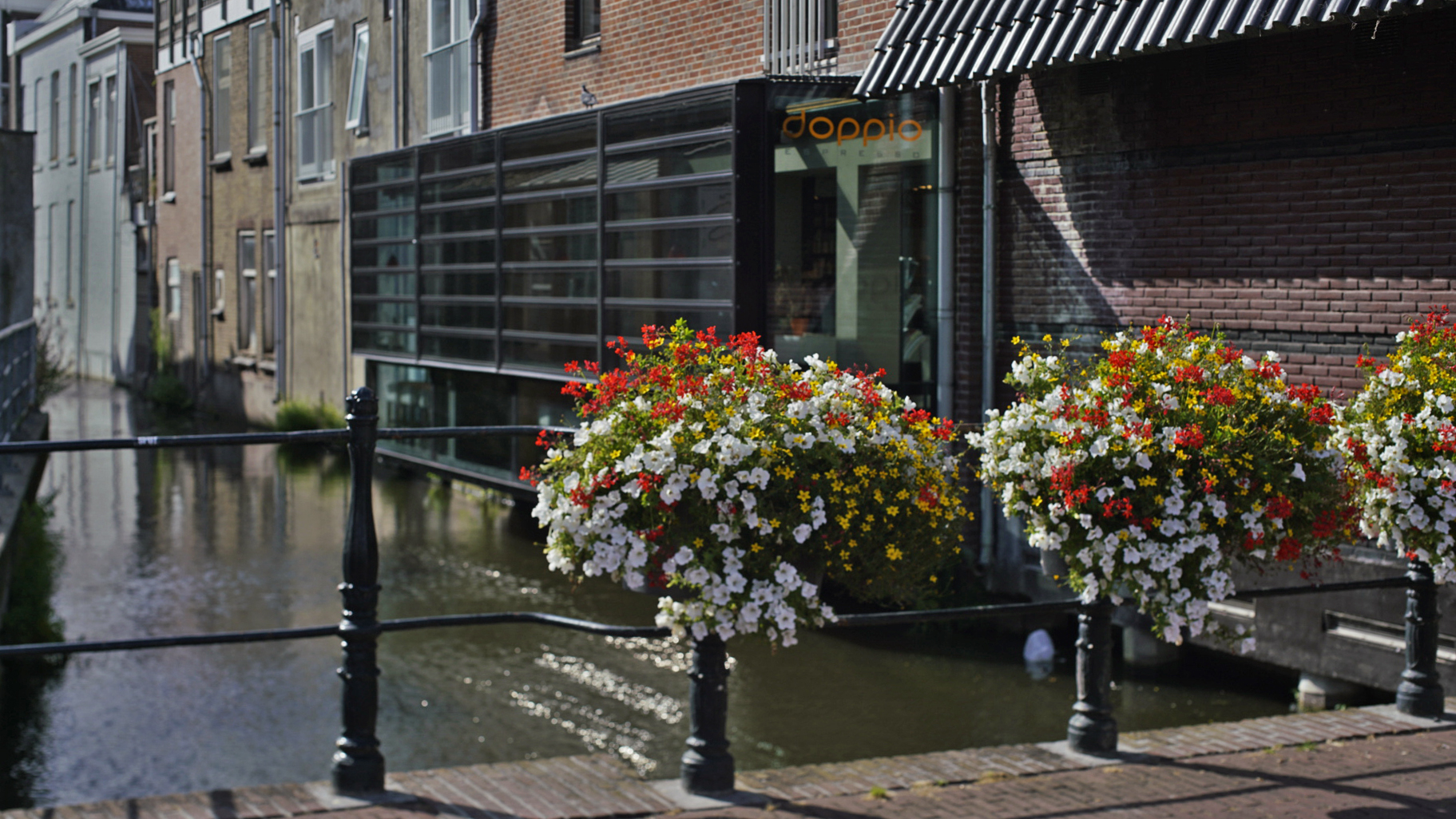 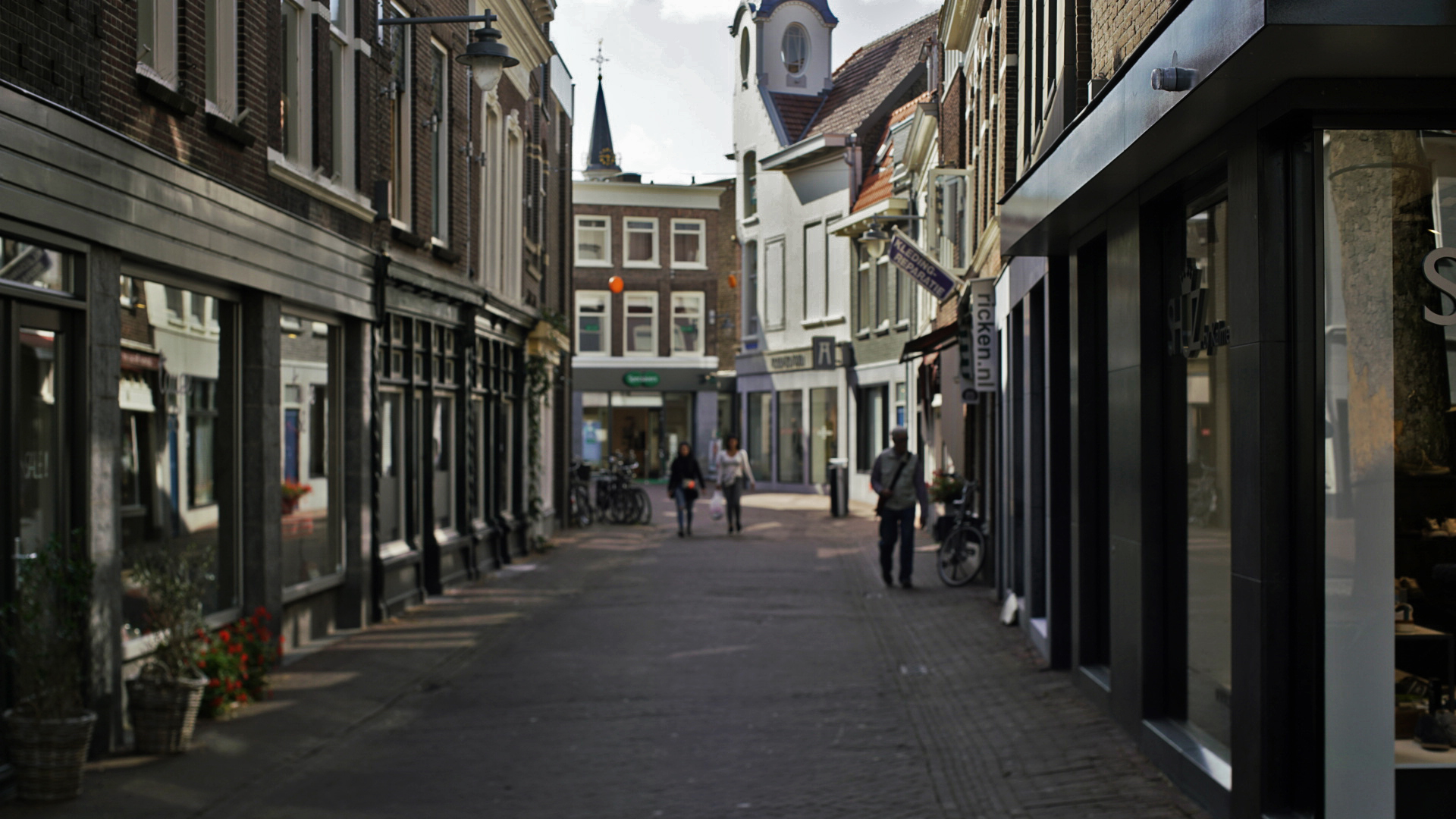 With the various possibilities to do an airbnb type listing front end on Steem, where people can list their couch or apartment SBD has surely been hypothesised. Speaking to @exyle, an ecommerce type front end already existed, but wasn't used much. With projects such as peerhub by @steemrollin or sob.rb that lets you list to openbazaar, another project by @inertia, what could maybe later be segregated into SMT's. User experience and collaboration with developers here to make this happen seams strategic and most intuitive.

The vision that me an @vincentnijman really shared was that if Steem users such as us could list their apartment of House in a Workaway or BNB type listing, other resourceful Steemian builders could collaborate on Projects. Facilitating BNB's with a certain quality standard and tokenisation, would only encourage a distinction.

Who says we can't be a next Decentralised Amazon? Why not?

Flexport is already doing it. I wish we had a decentralised searates on tokenised steem. Somebody has to grab these OODA guys by their *alls and squeeze them before drone hives leave a floating warehouse mothership and come to destroy those that disobey Alexa. Just Kidding!

My point is that while Amazons vertically integrates in every possible Segment, Steem and it's global decentralised reach isn't restricted only by fiat, remittances or other factors stopping steem to offer commodity transactions, listing brokerage rates and dapps respective smart contracts for the delivery of goods and services. I am waiting for a searates type front end tokenised on steem. I also think if these things won't be built on steem, they might be build on EOS and become DAO's there. If we can be there early, our nodes cost less and we can do a better job!

Continuing Gouda, my visit there and spending time exchanging ideas about Steem and the D-economy with another two Steemians and later also in Zurich with @karinxxl only really gave me a clearer picture of how our global economy is already a Digital Village and a Hive Mind. 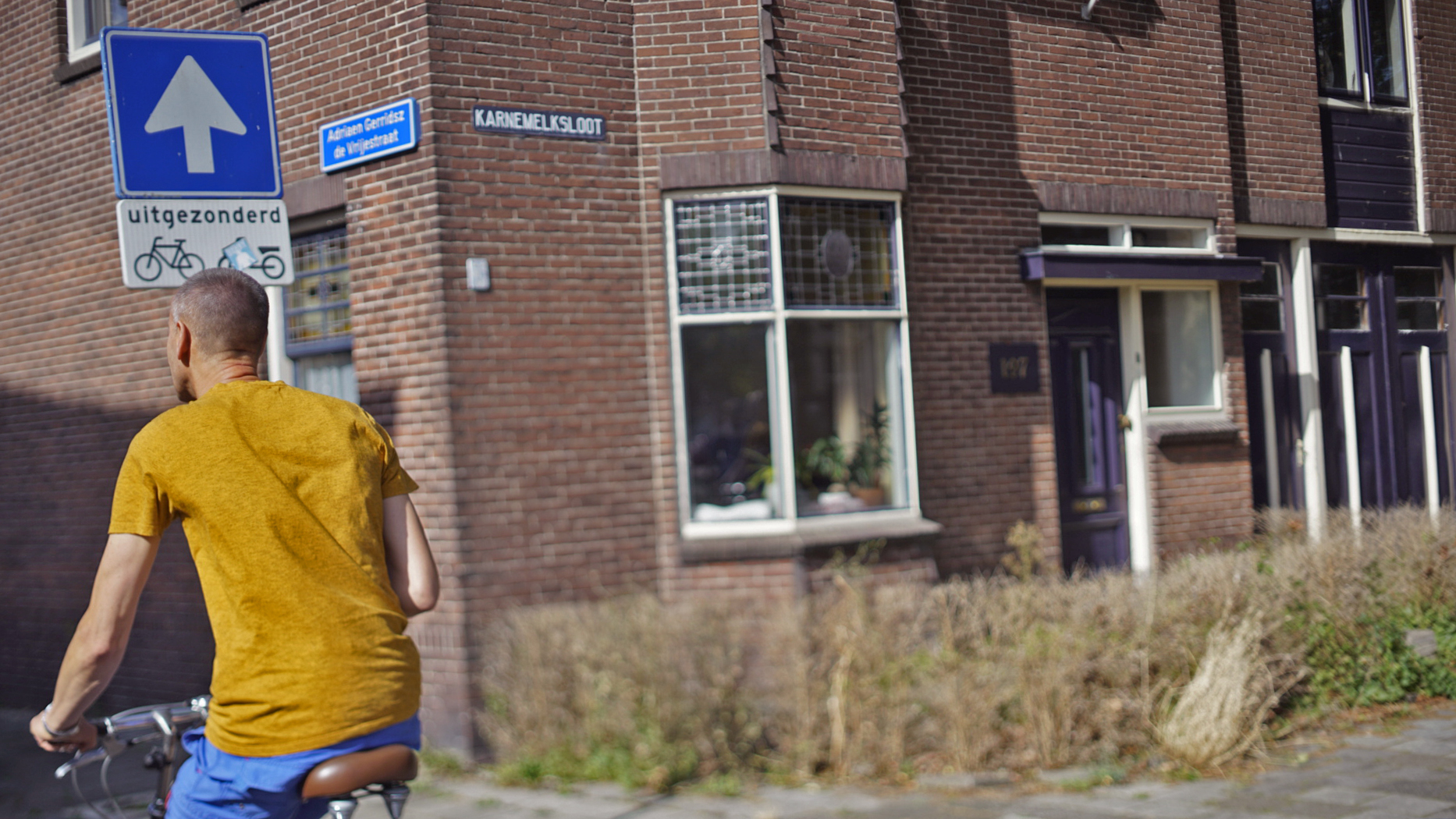 Passing by brick wall houses and seeing the Dutch on their beloved cycles, really conveys another Dutch vibe that one will surely get acquainted within Gouda. 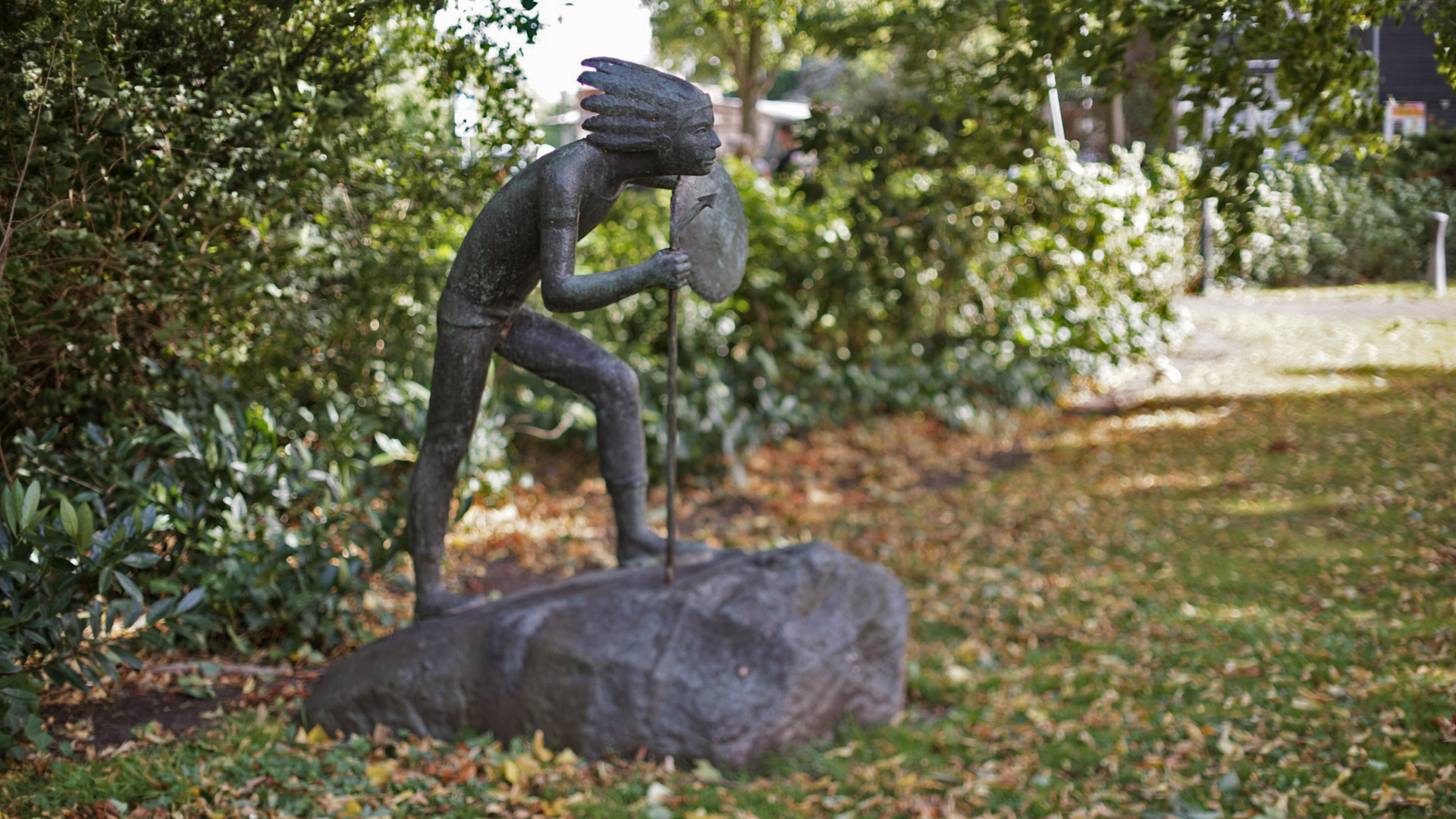 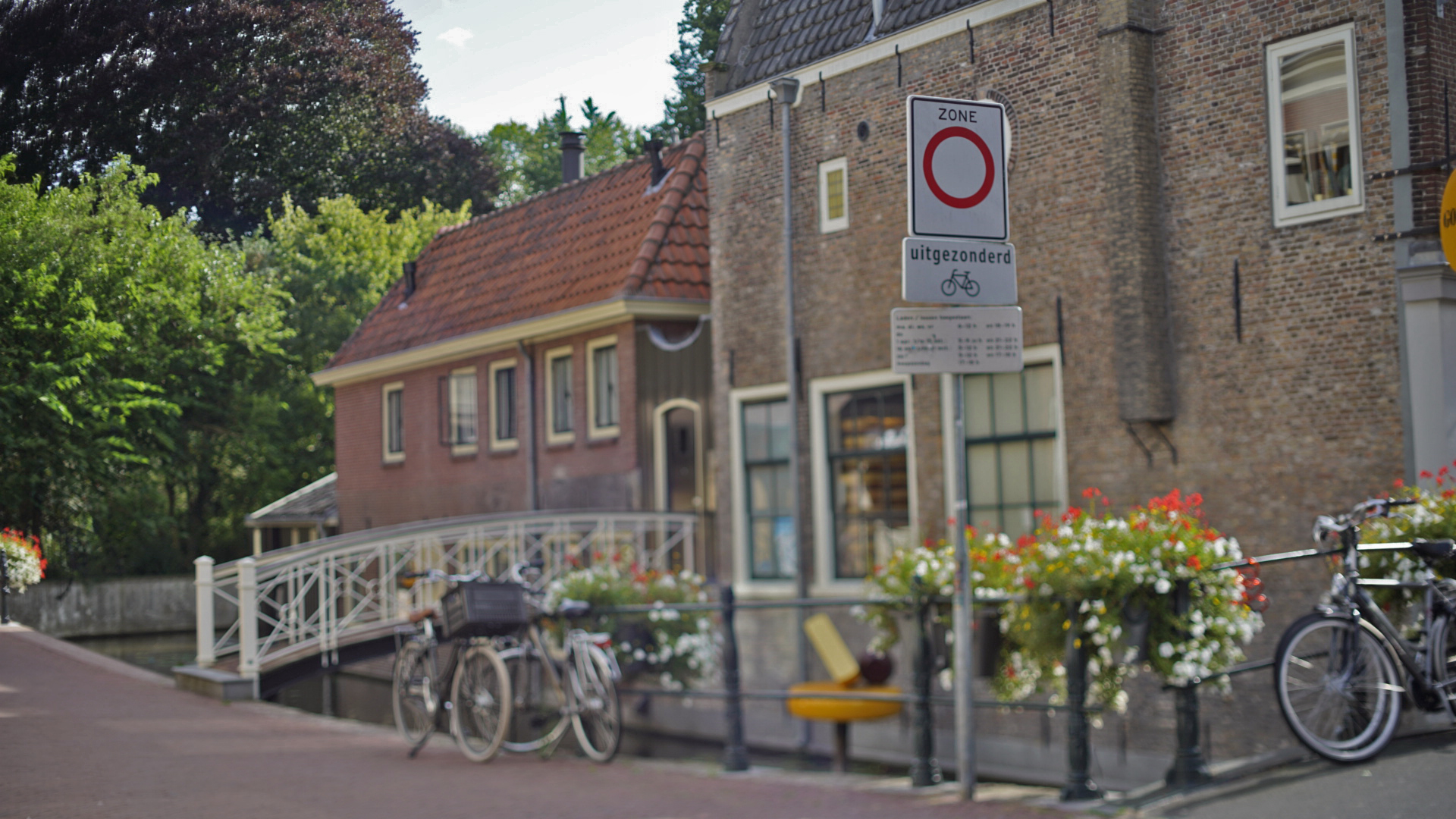 While walking around Gouda, I noticed that people would smile back and greet me if I said 'Hi'. Some Ladies had a really friendly smile that really made them appear very sympathetic. I don't want to compare, but this is wonderful and really cool in essence. Not the commonly idealised look alike, it was so much more meaningful to encounter genuinely friendly people. Trust me, anyone can smile with warmth and will radiate positively and sentiments were emanating. I mentioned to Vincent that the reflection in the eyes of many here have a lot of soul. It became a running gag to term natural looking and friendly Ladies that seemed really down to earth as 'Chouda' /Gouda because overrated looks can't top compared to a charming personality. We weren't labelling, just cracking jokes to amused ourselves, noticing superficial and hypocritical everyone is inclined to become while trained in consumerism. 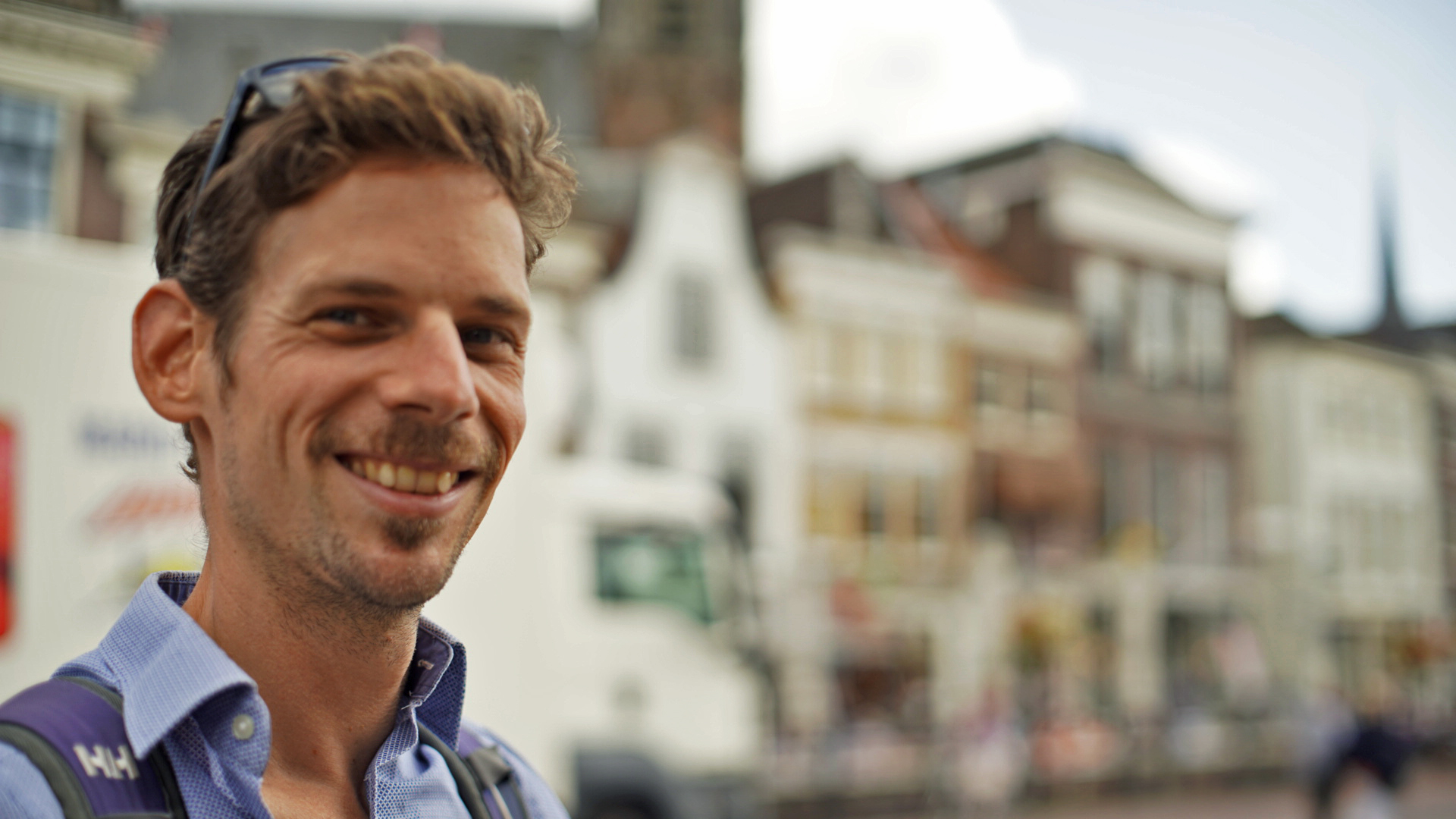 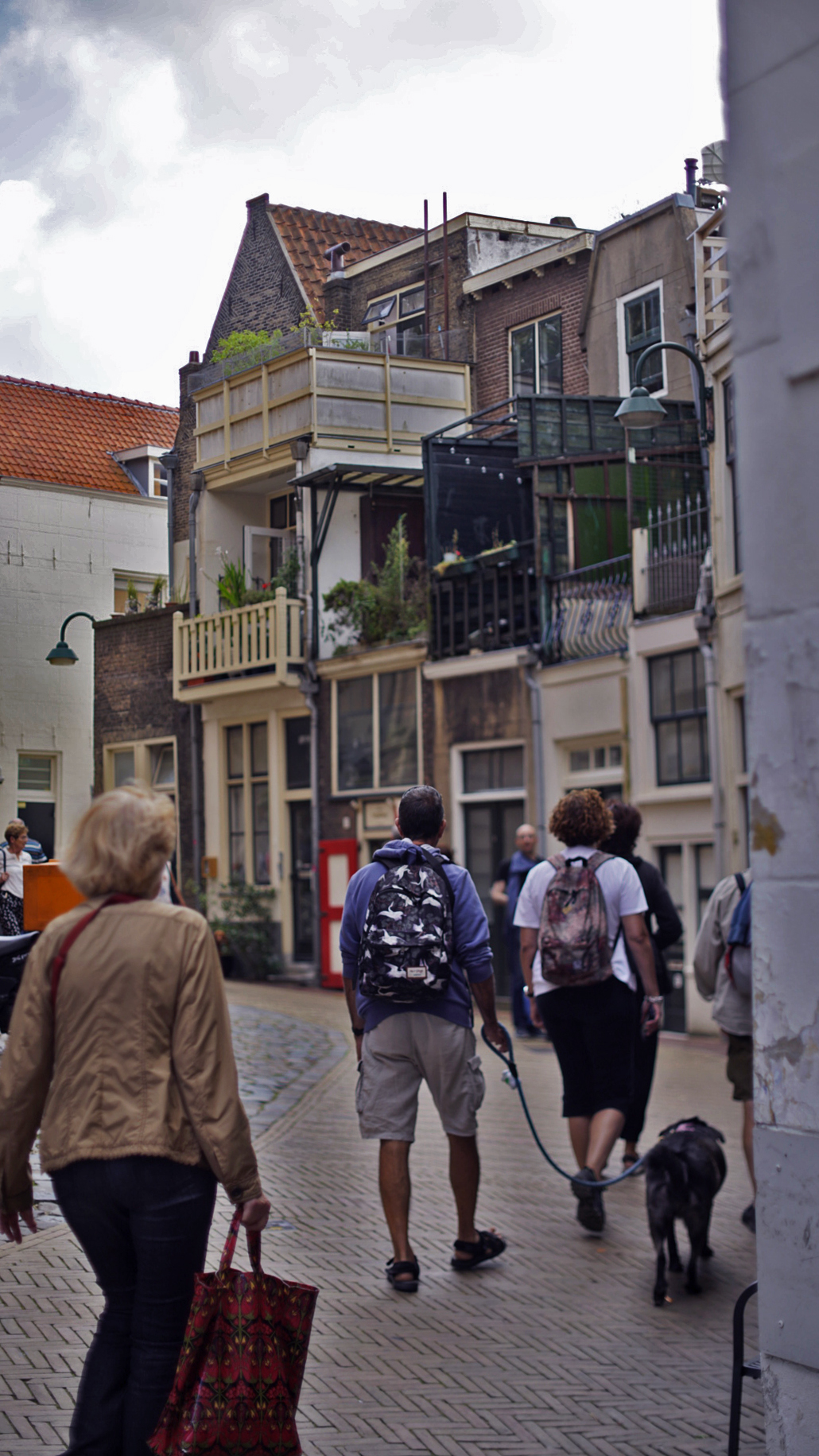 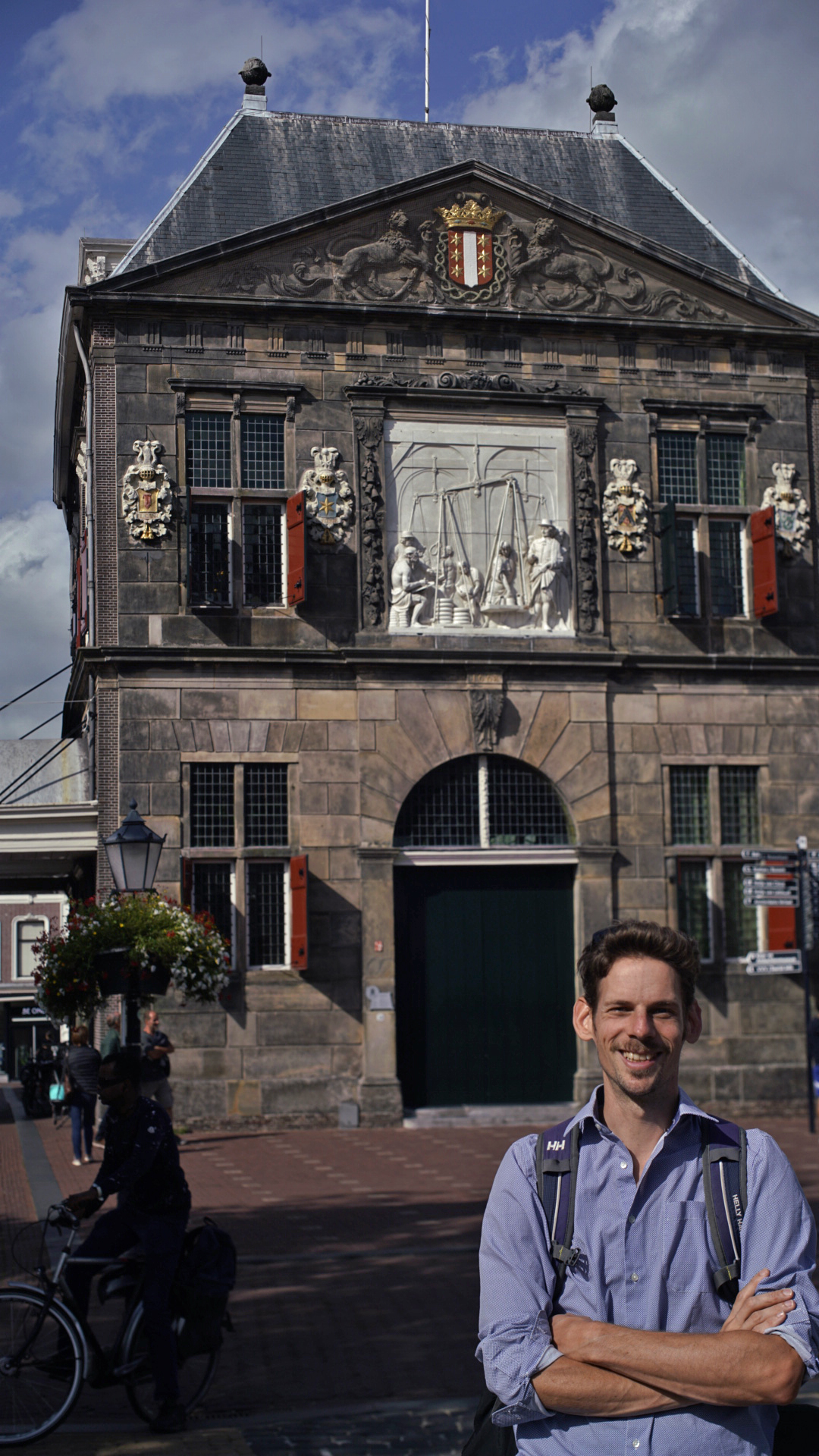 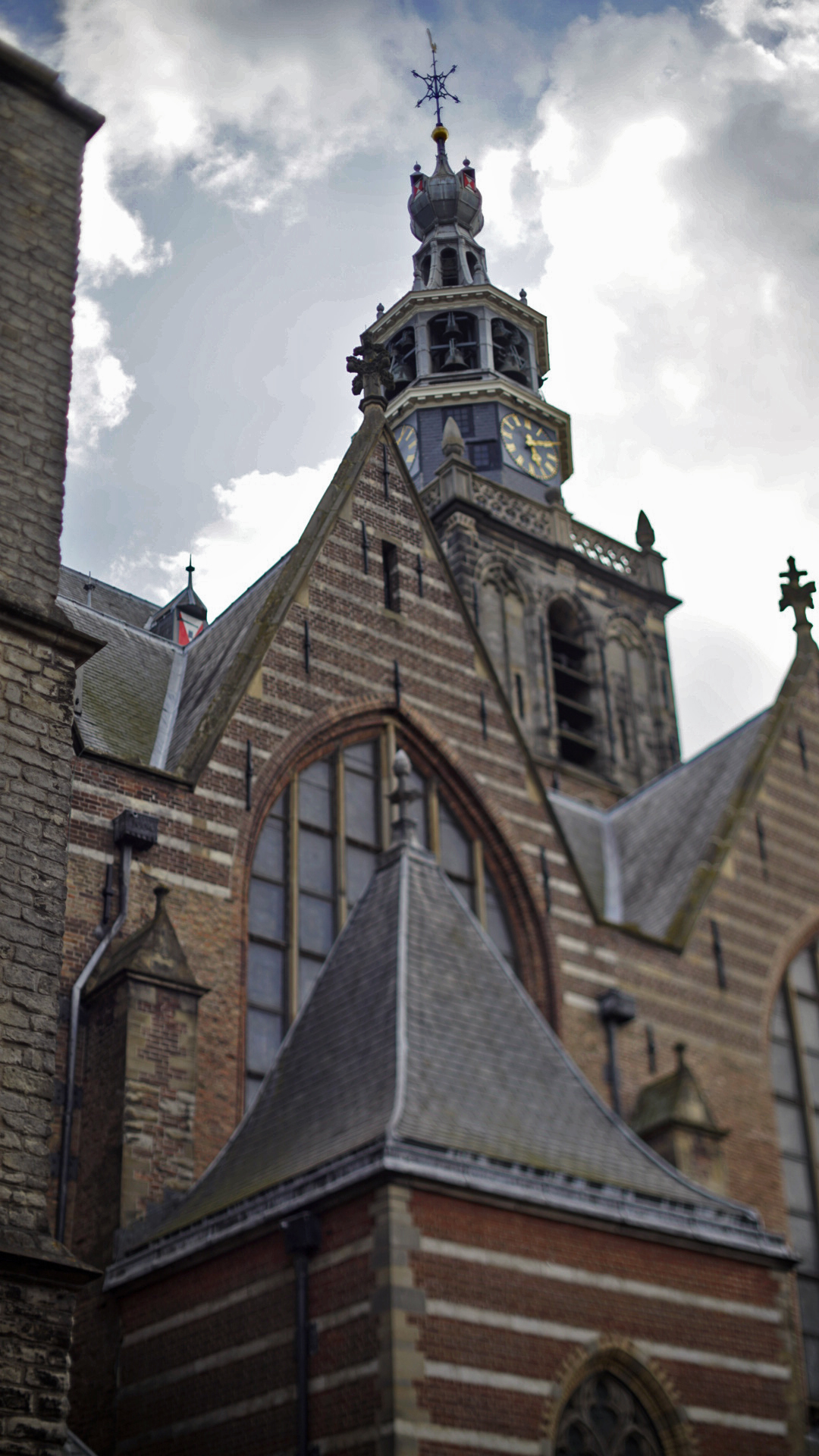 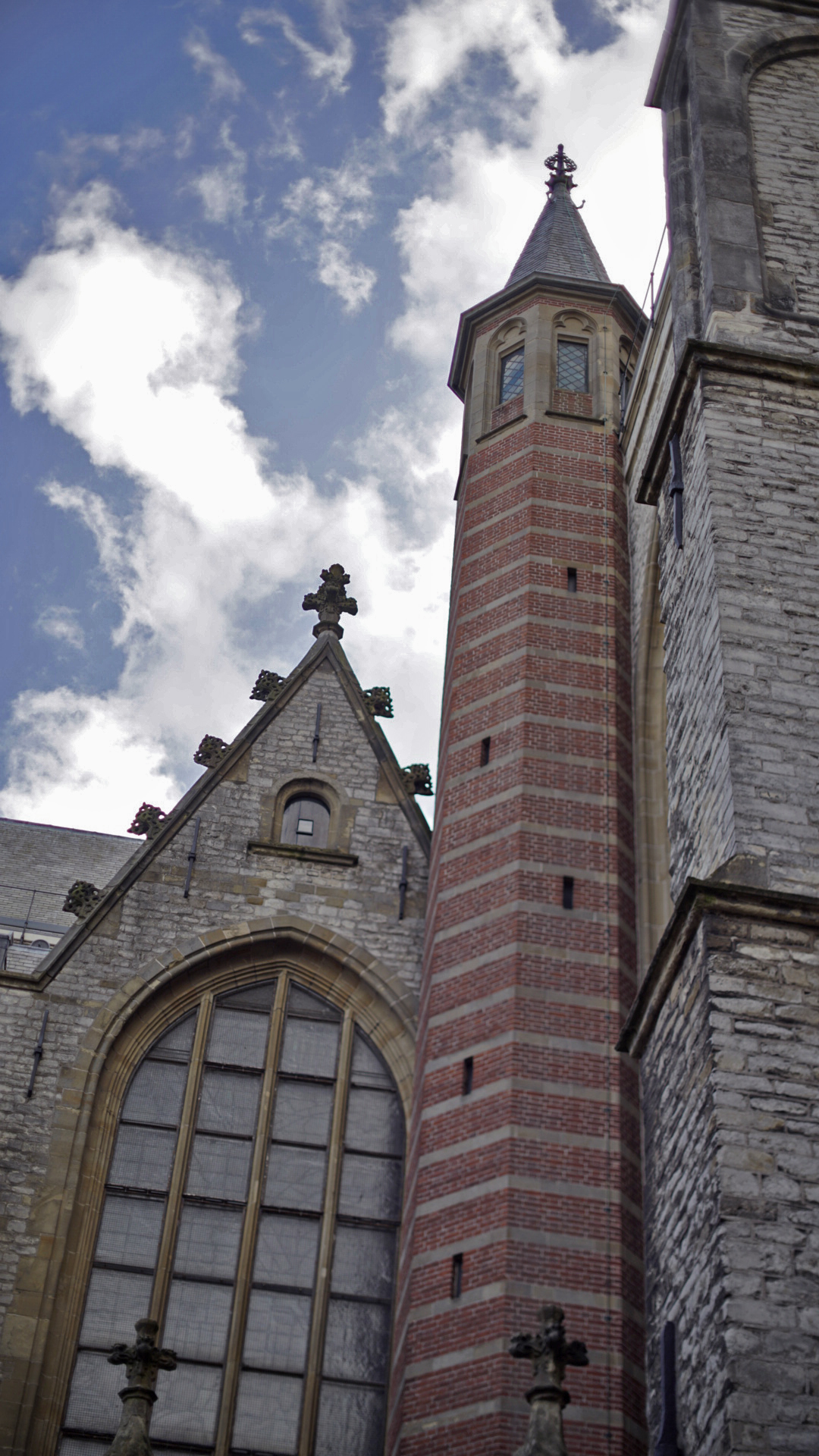 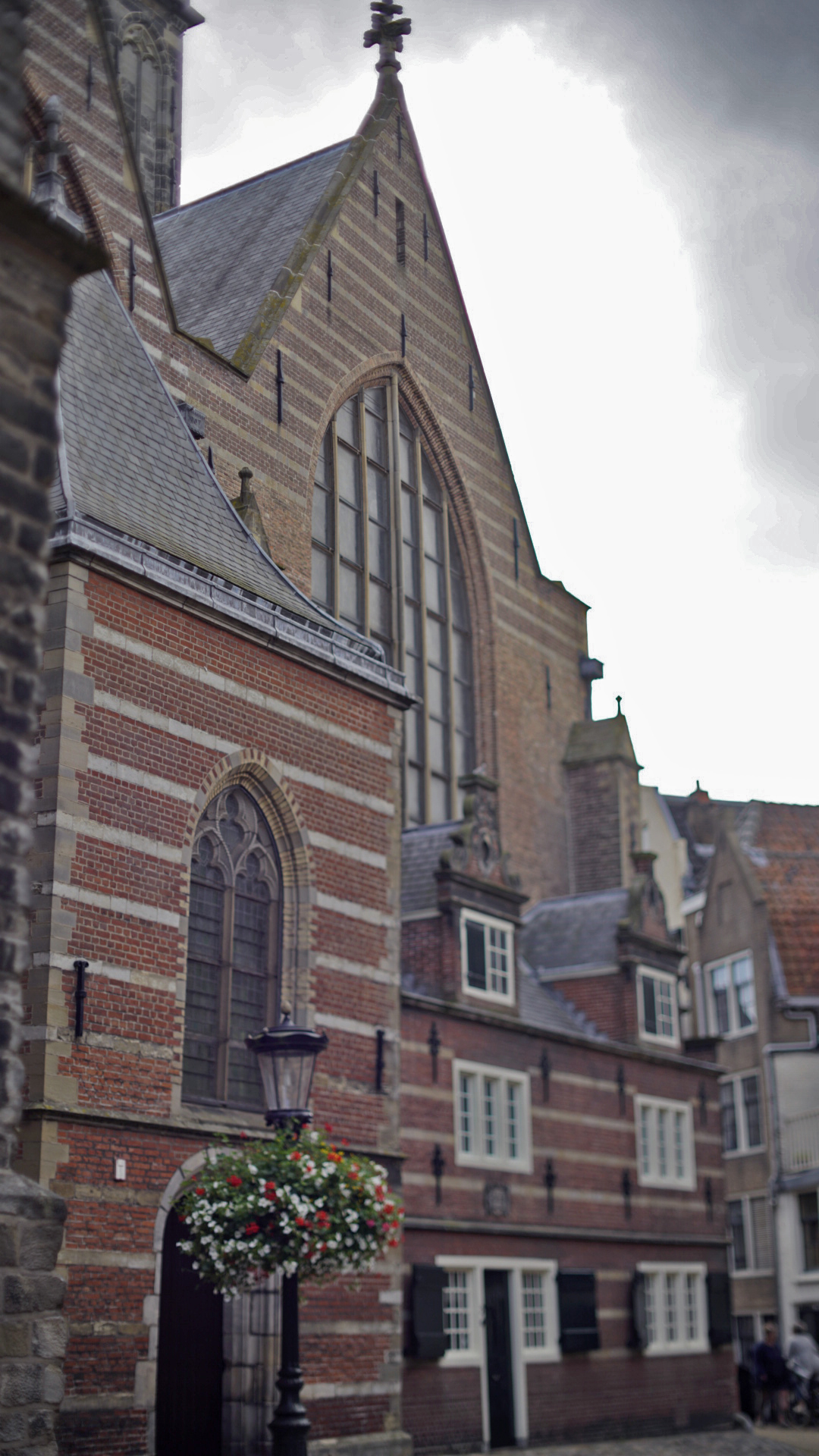 I really enjoyed the old part of town and the classical Gothic type architecture in Gouda.

Me and Vincent also spend a lot of time in nature, walking and even cycling to his sister walking along canals and circling around the lake next to his house. 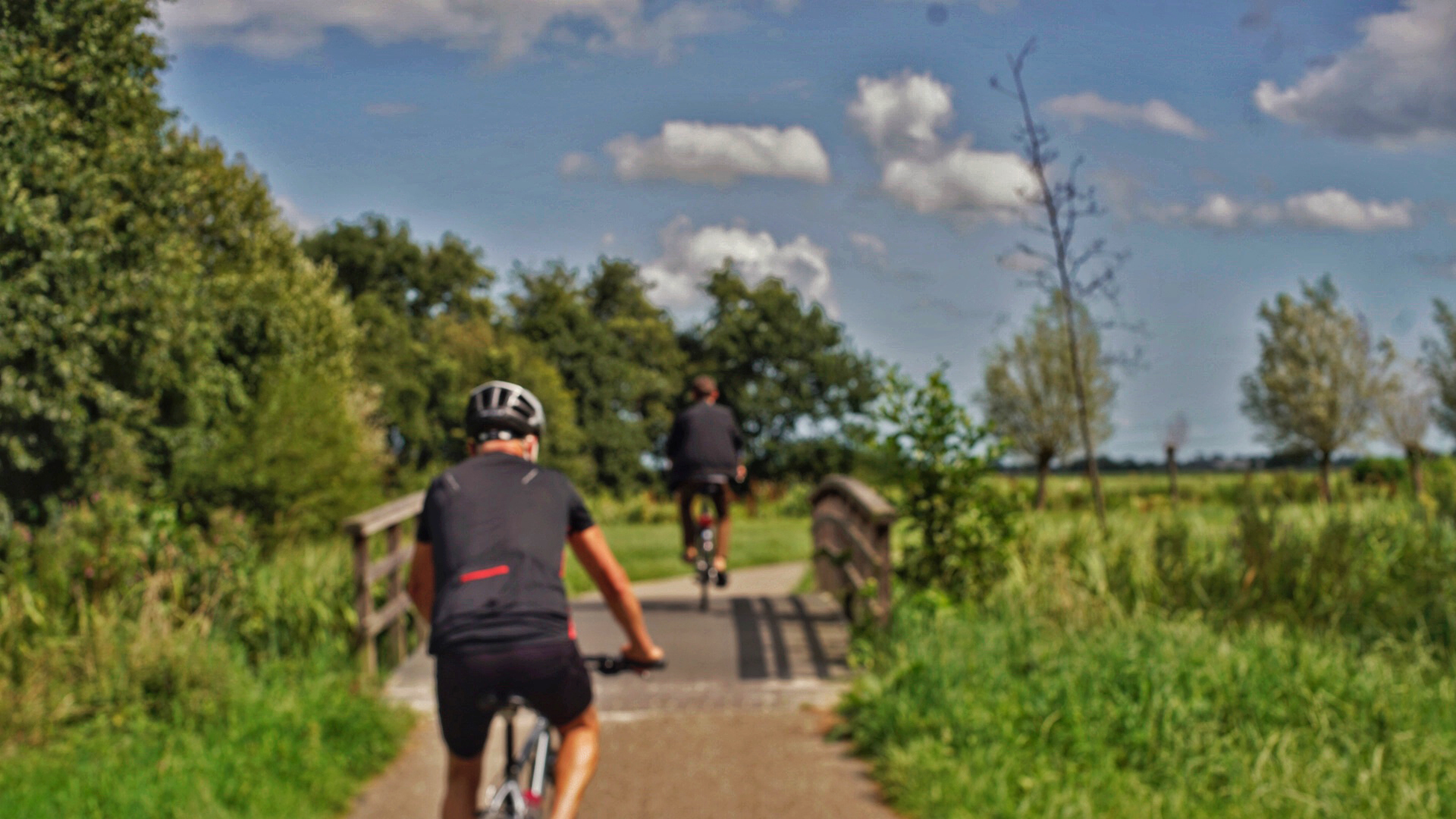 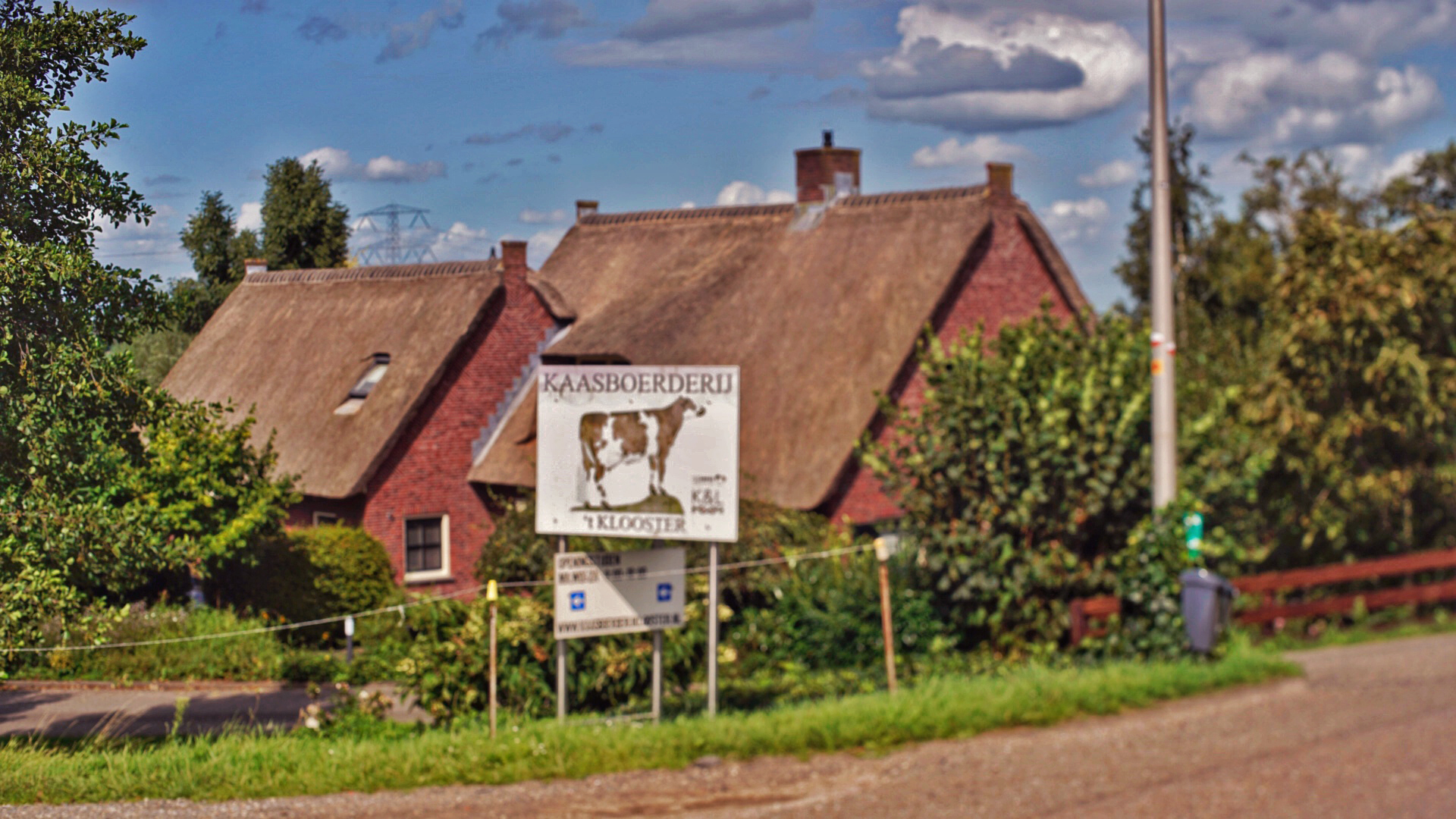 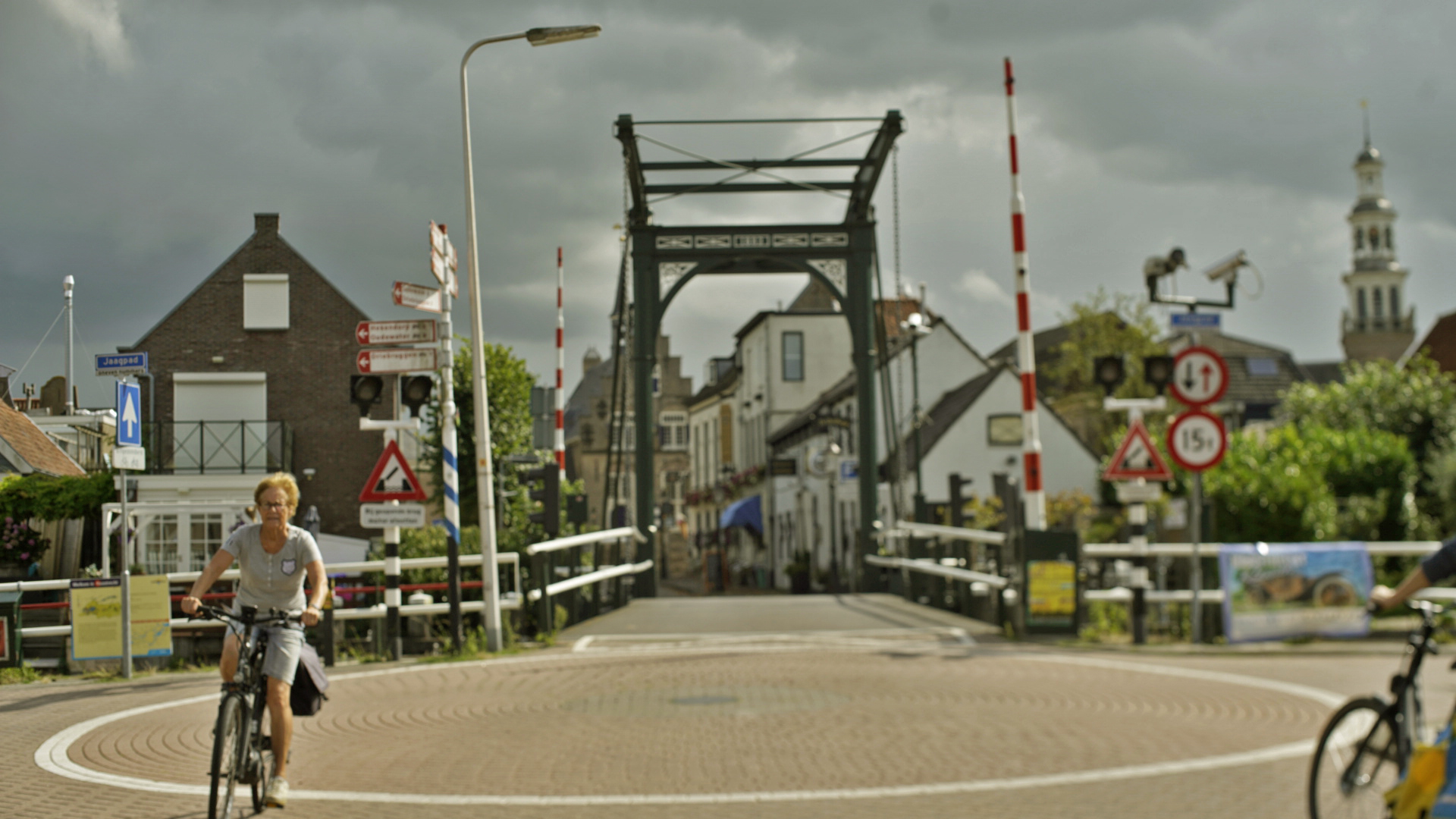 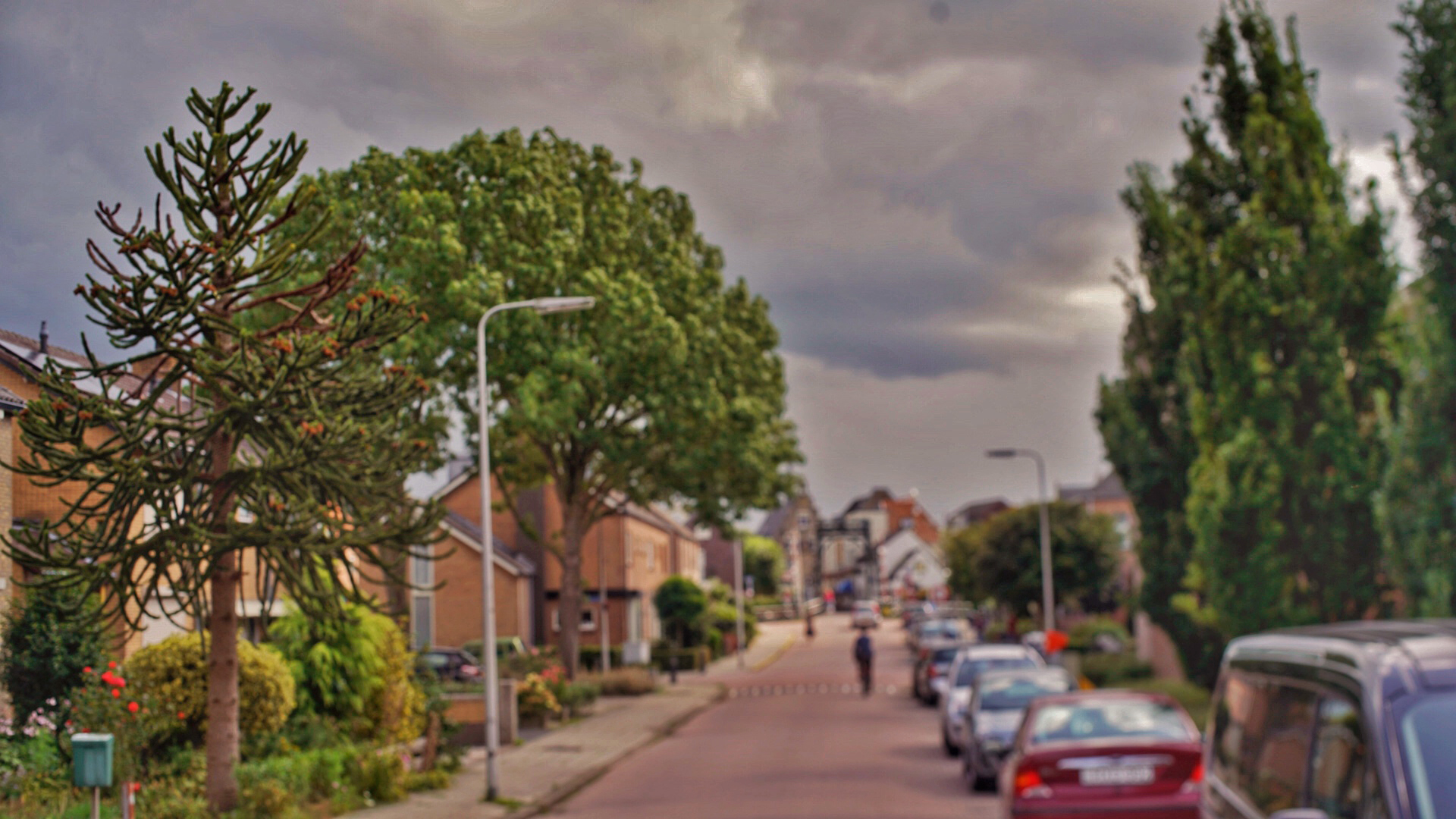 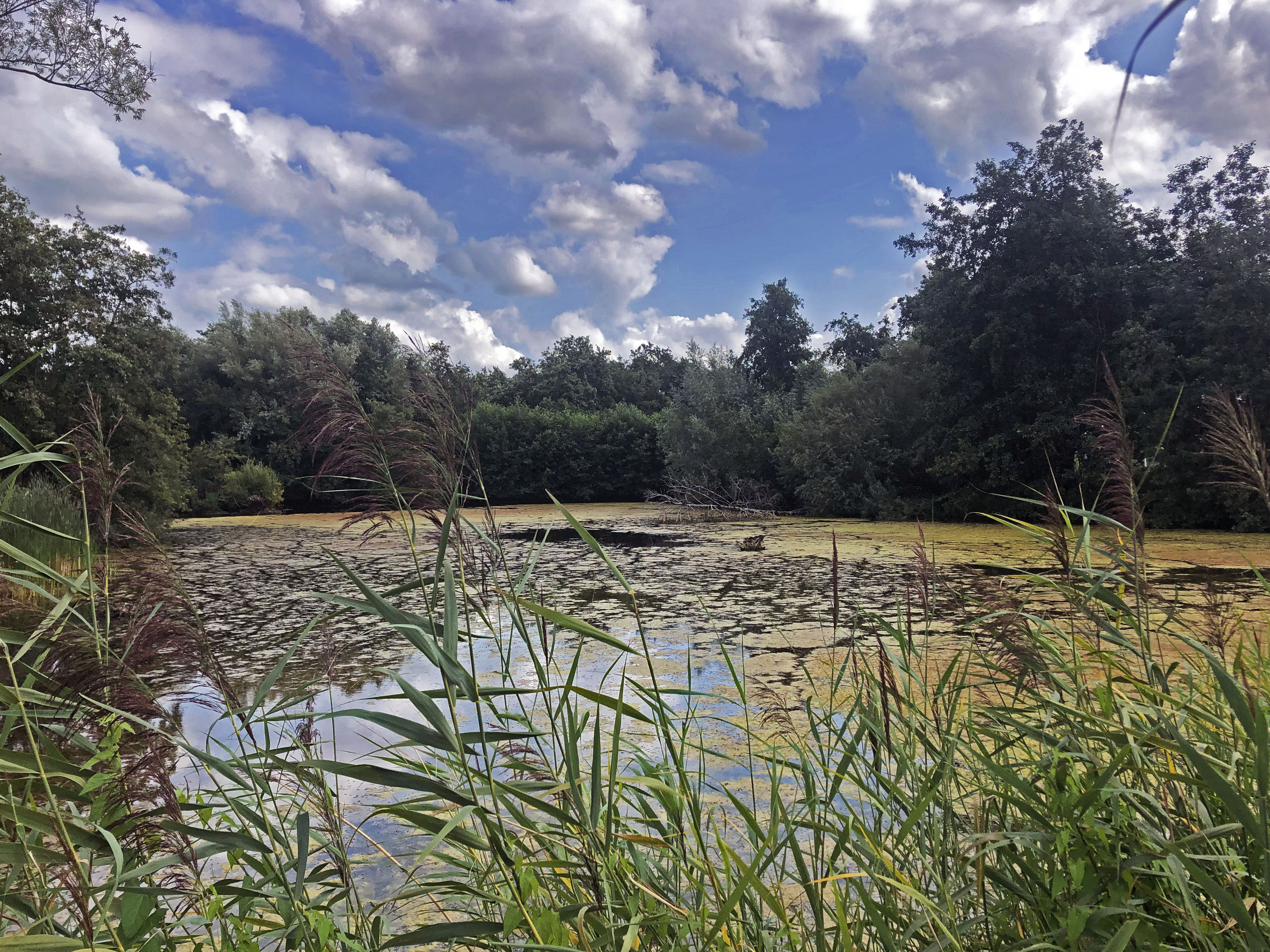 Finally my affinity towards the Netherlands was confirmed during various occasions while engaging with strangers, meeting forward thinking people with a great sense for system and infrastructure. Gouda is surely a place one should visit, to get an idea of the country side and the Dutch Cheese Culture and traditions. 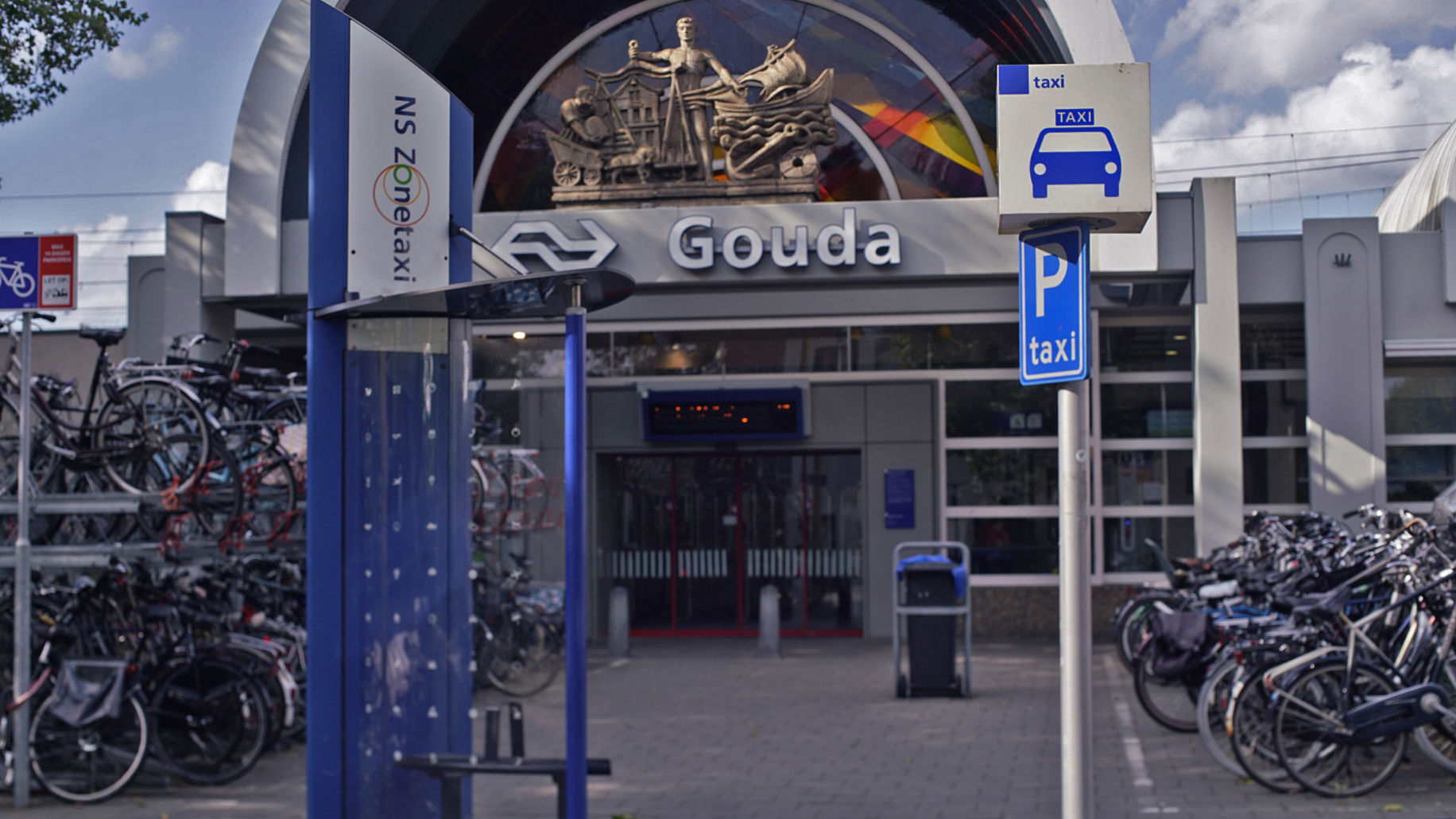 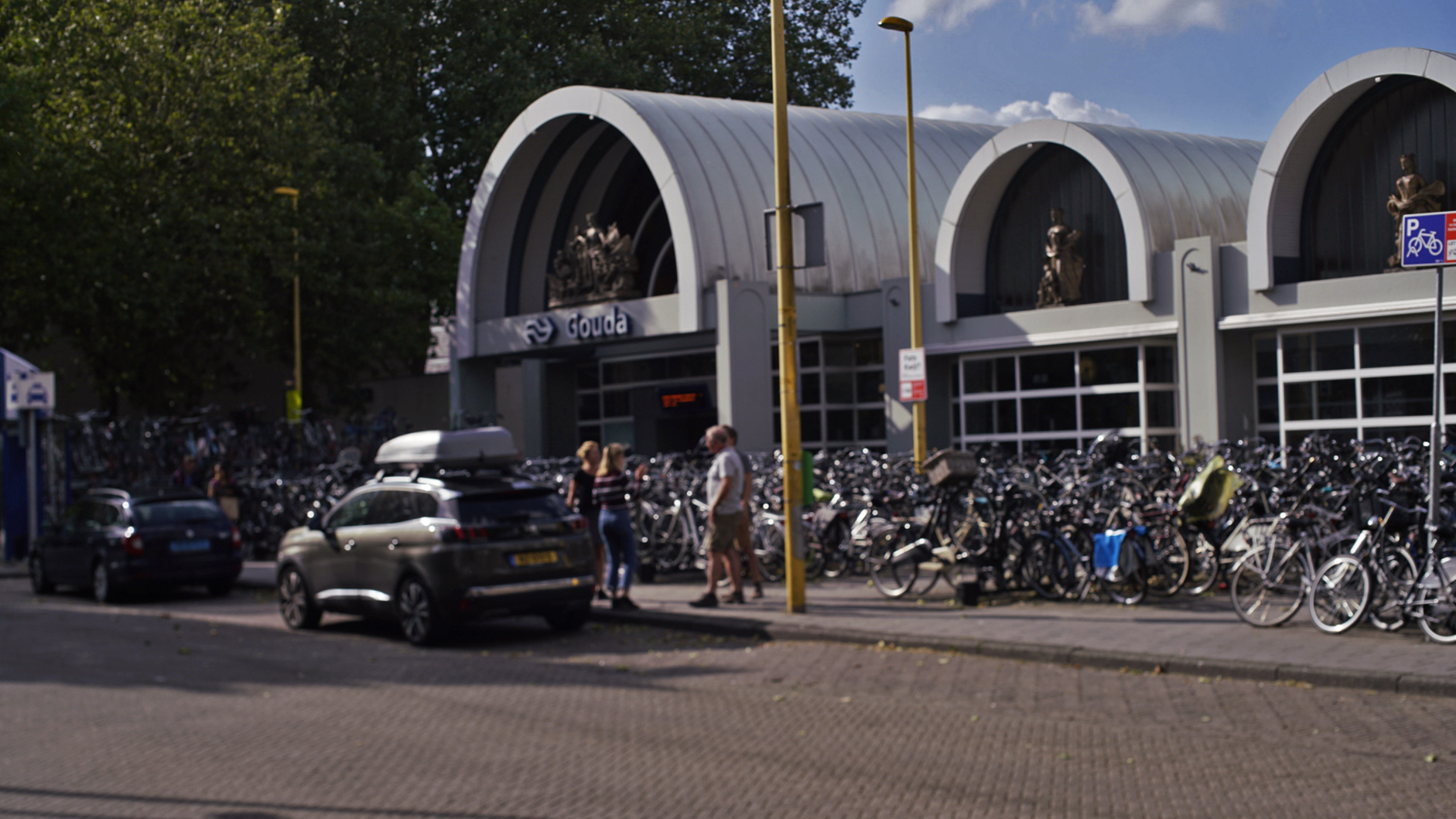 Possible is just within the human mind, the achievable impossible to the human mind is simply being the universe discovering itself. - Soan Shinobi a @yangyanje original

[ NOTE: This post was created using the travelfeed.io front end.]

Join Steemians that meditate together:
![2gsjgna1uruvCMJTX7owXd26zXYjZqAJUBTewkwpoEFuRzL1nF22iUyCz7hkxfhsQrDgonprnwfGXowsrcVzbbsJkmBMBPWKVRFvJvpZAh22Ht9AE1.gif](https://cdn.steemitimages.com/DQmPoMkC68uyhwVdcx5eGcf5SxeLupL3xbgnZ6eaRZuUe6d/2gsjgna1uruvCMJTX7owXd26zXYjZqAJUBTewkwpoEFuRzL1nF22iUyCz7hkxfhsQrDgonprnwfGXowsrcVzbbsJkmBMBPWKVRFvJvpZAh22Ht9AE1.gif)
https://goldvoice.club/steem/@yangyanje/gouda-the-netherlands) for the best experience.

I am such a lover of traveling the neatherlands !! This looks like such beautiful trip ^^ .. it makes me want to take another vacation ;)

You know I have lived in Holland for like 25 years and I have never been in Gouda? Should I be ashamed of myself now? :D

The new world of digital people connecting to one another. It has already started for sure. The BNB situation...damn I would love that to pull off!

@karinxxl that would be so awesome, right. I could already list places that have top infrastructure close to remote white sand beaches, big cities and friends that could list places way better than 5 star hotels but they would probably not want to list on aibnb. This is surprising, but i also stopped listing on airbnb for various reasons. Ratings, flagging, downvotes etc. so many things to take into account.

Btw. Den Hague really blew my mind! I will go back there to paint!

Hiya, @choogirl here, just swinging by to let you know that this post made into our Honorable Mentions in Daily Travel Digest #622.

Ah, i just want to grab Vincent and HUG him. His parents must be amazing.

Feel lucky to be surrounded by such charming individuals. Funny is that we both sat on a bus stop once, talked about you and that we just wanna travel to Australia to give you a hug!