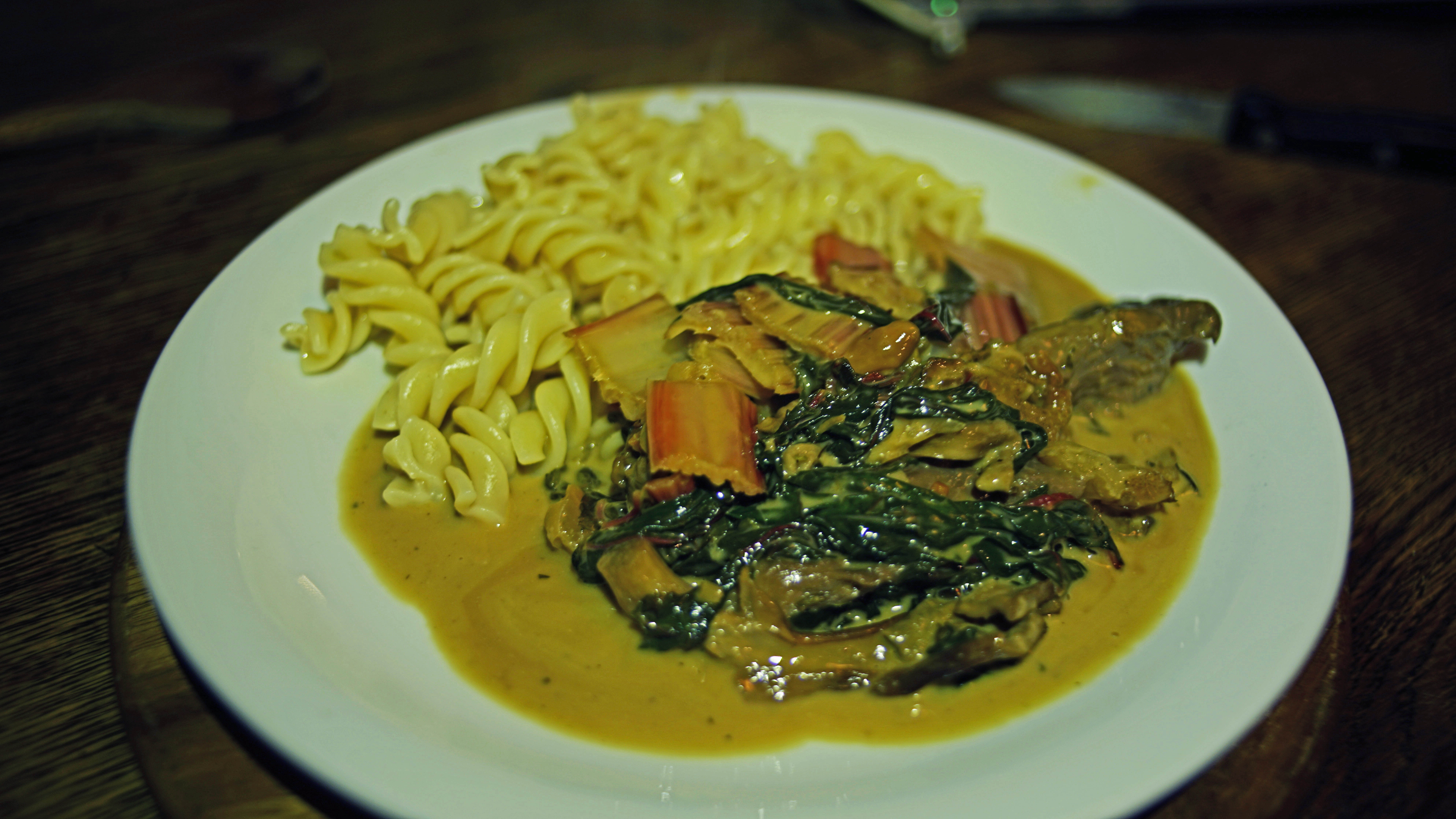 As you know, I am a fan of simple and quick meals that are best enjoyed with good company. I love spinach and I remember having a Friday at a restaurant, where I made a Spinach recipe I was asked to add as a side dish to almost every meal because people started craving it. After guests asked for it months later I started making various versions of it. To be honest, it's just a vegan version of one of my mom's recipes. My parents moved to where I grew up in the 70s. People back then did not know what ginger was. If you looked Asian you were Chinese. No matter if you were Korean or Mongolian. If you looked Indian, which confused most, you definitely had to be of African origin. I feel that in several Big Cities in the world today, Restaurants make one big mistake. They don't have the courage or even want to take the risk of being different, experimental or just authentic. With authentic I mean putting some chilis in your Chinese and blending that spice with the Ginger. Considering that not everyone likes Garlic or Spicy food, working as a cook I really didn't care, because the ones I wanted to cook were the ones that would return. Someone who can't try or appreciate something they don't know as opposed to something they are accustomed to, should go to places that serve their usualness. I am also not interested in their insignificant opinions when it comes to culinary vastness. Talking about the countless Indian Restaurants in Zurich that serve you Veggies with curry powder as authentic Indian Food, to which such Guests refer to when something is out of the ordinary. Anyone would agree that Indian food is probably best eaten in India. I think that so many culinary snobs in Switzerland are spoiled, because restaurant culture isn't affordable. Such snobs, being used to adding NO pepper or even garlic to their food, should just stick to eating potatoes with creme fresh and Italian tomato sauces rather than imposing preferences on others. Luckily there are enough places serving Rösti and Fondue here. I can appreciate certain guests who are considered more annoying. They demand gluten free which is a fun challenge. Who doesn't like cooking vegan knowing that someone would appreciate a vegan version or something that will provoke to question his or her understanding of conventional food. It becomes pretty lame if you are trying to adjust by cooking in a generally accepted way. Working as cook is something I will have a lot of trouble doing again, unless it's private and something wherein I can be completely creative. I left my job 13 months ago. Having worked in several places, I remember the shopping, the ideas, the extras for filling up the showcase with Salads, Cakes, Smoothies, Acai Bowls etc. Finally some of that passion is slowly coming back to me. Every place I worked at could not scale properly and in two places I could never return to eat there myself, because they never met a standard. This and a lot of additional experience as a mystery shopper allows me to asses places with tasteem reviews. I can make out a lot about methods used by the layout or even by certain tools by peaking into a kitchen for a few seconds. As cooking was just a part time job that began as a passion, it only paid me one third of a minimum monthly wage. I still met other creatives, cooks and really great talents that were exploited in working conditions that mimicked slavery. In many places in Europe dishwashers are mostly of east African origins or even a lot of the times Tamil refugees from Sri Lanka, specially in Switzerland. I feel that the image and trend of workforces covering these Jobs can also result in patterning appearance and racial profiling. To an average swiss, a African Banker on his way to work isn't more than possibly a Black Guy wearing his best clothes to go to a funeral or a wedding. Restaurant owners who aren't even Swiss have told me that people from such places aren't too sorry to do just about anything, whereas swiss people refuse to bring out for instance trash bags and actually have contracts that state that they are relieved from these particular duties. Unless one is not doing a job one truly loves, doesn't it become frustrating when trading time for just subjective paper value anyways? Today I would rather pay 25 Dollars for a burger than lesser if I know what went in it and prefer to save eating in places that don't deserve me gracing their doorstep. In trying to asses my position between liberty and coercive restrictions, I am questioning not only my ability to choose, but the liberty I have due to my appearance and the color of my skin when applying for a job here. I tend to see the stronger change with in the younger and aspiring generations of creatives, that remind me that the world changed. In this industry, a lot of things have room to change...

I love going to Veggie markets, forests and pick fresh food or even just from Gardens. I remembered that Chard is something that goes really good with onions and ginger, but thought of something more French while I went shopping to pick up some ingredients in Denns in Berlin the other week.

In my last post containing a really simple vegan chocolate cake, I shared a lot of info on being vegan, the colon, genomic research and areas of interest to me when it comes to health and it's relationship to epigenetic mutation in genomes of human gut biota. Having tested my blood values and changing my diets from more alkaline to less over more than a decade, I am currently experiencing a very robust and strong immune system since 2011. What I find the most interesting in certain diets is that some can just favour superior organ functions that maintain a bodily balance that can constitute to better health. To be outdoors is really crucial, as there are so many positive chemicals released by trees and forests that are just great for humans in their battles against free radicals. Even plants and their bio-available nutrients can be synthesised through the air, which is also scientifically proven. I can only encourage anyone to leave LDL Cholesterol out of your diet completely and making sure that the HDL is from select nuts with a slightly acidic value but rich in fatty acids and desaturated fats. Also to add a lot of herbs and berries to your diet can improve overall wellbeing significantly. Remember, our brains are composed of fats. I recently also started using a lot of lemon skin and juice for my sauces and rice as well. When it comes to thinking about how food breaks down when we chew it or in the gut, there are many ingredients for which I use a food processor as digestion in unprocessed forms aren't favoured. One must also consider aspects of other foods that are best taken in their unprocessed form.

Here are all my previous recipes, in case you feel like trying something else. (Pragmatic means they are simple and quick recipes that don't take a lot of time.) 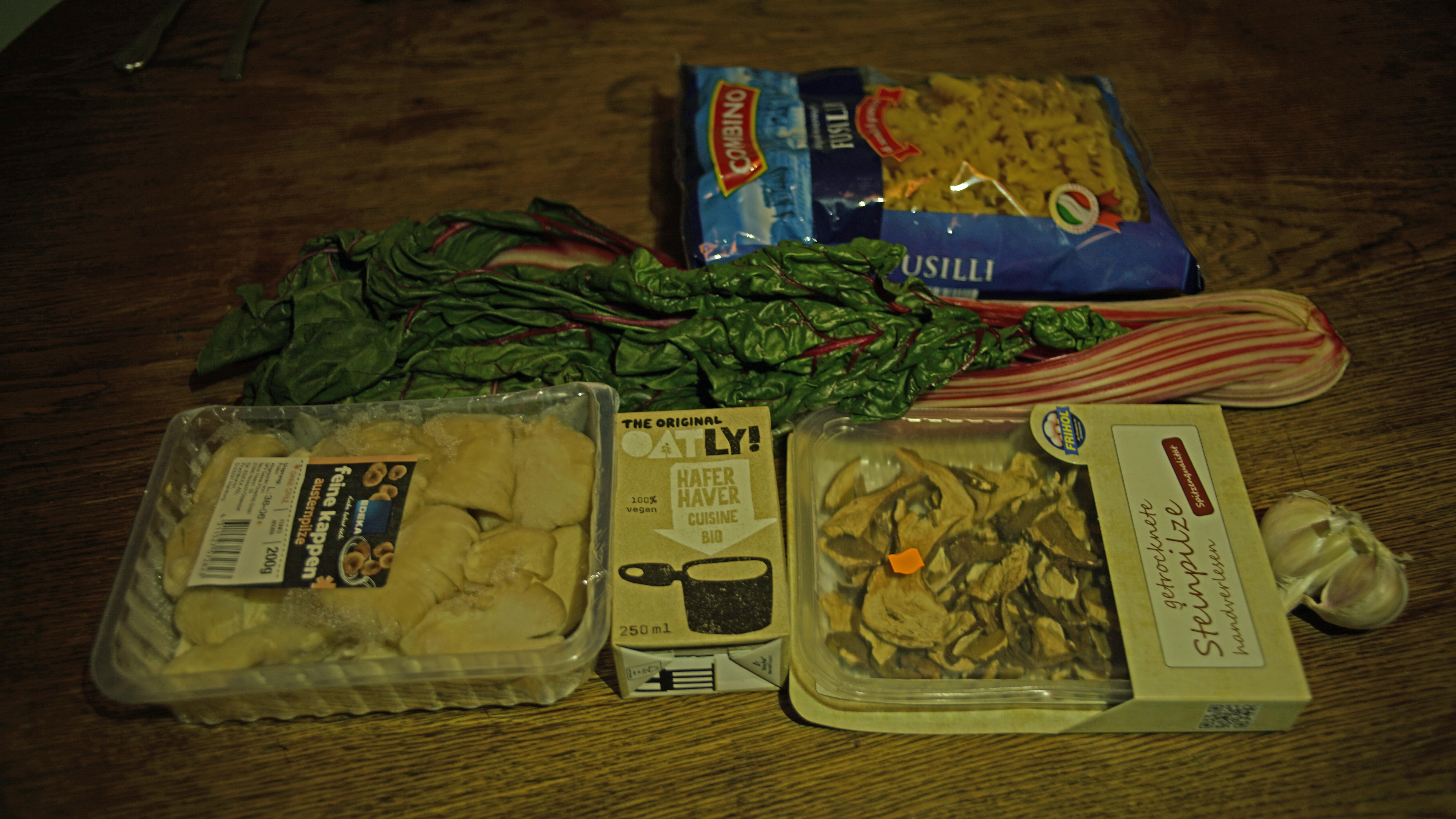 You were a chef. That’s really interesting. It must help you understand how food combinations work together. I am also of Asian origin. My parents came to the UK from HK in the 70’s and we used to own a Chinese takeaway. The food was not HK cuisine! In my late 20’s I briefly did a Saturday shift in a Buddhist vegetarian cafe in London and loved it. Great article 🙏🏽

You Have Been manually Curated By Vegan-Curate, Here to Curate For the Animals And Heatly Living.

I approve of this plant-based posts.
Upvote 👍