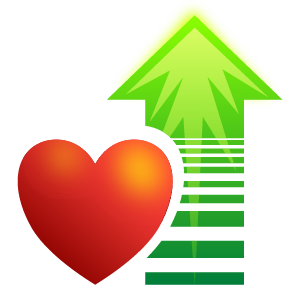 EQUALIZER is a ruleset in which the initial health of all monsters is equal to that of the monster on either team with the highest base health. 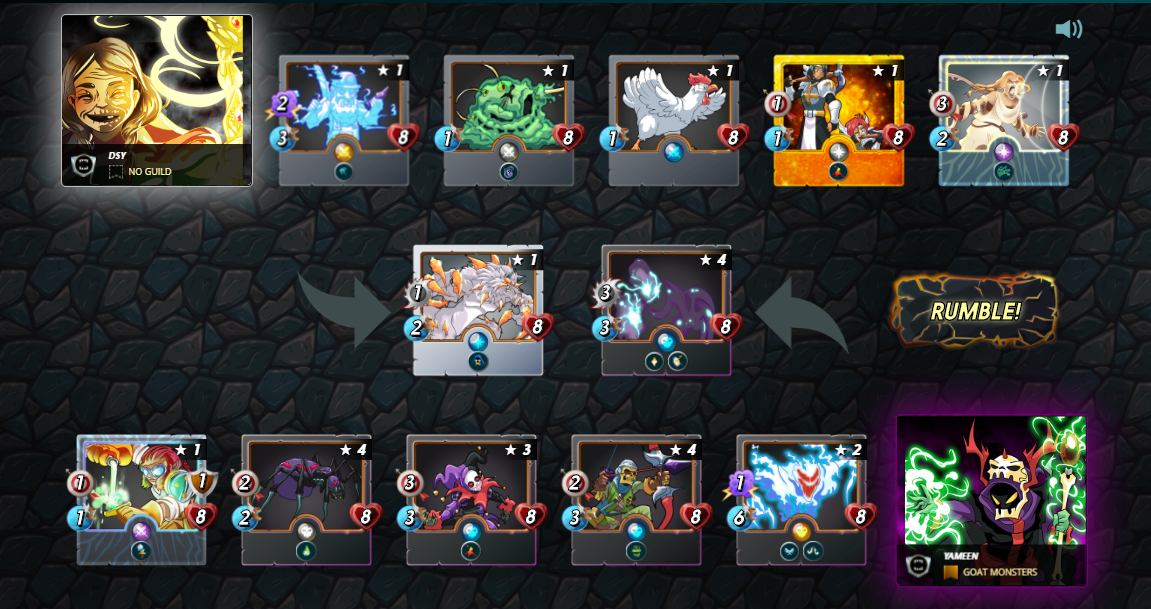 The ruleset was of Equalizer. The allowed mana was 21 and two summoners were inactive Earth and Dragon. 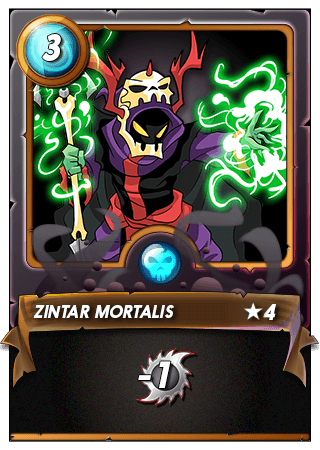 I choose Zintar Mortalis as a Summoner for this battle, which is a beta edition Rare Splinter Death Summoner. I always love to play with this Summoner because it reduces -1 melee damage of all melee attack monsters of the enemy team. I have upgraded it to level 4 and will try to level up soon. 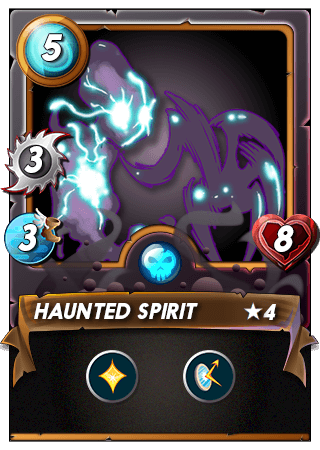 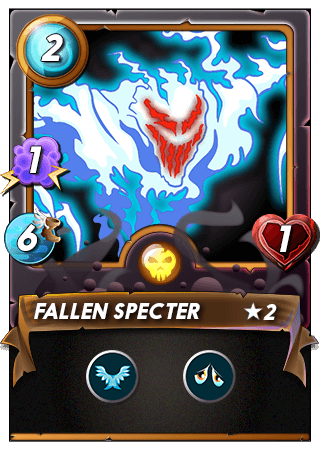 In the second position, I used a legendry magic attack death monster FALLEN SPECTER which cost 2 mana and has 6 speed. I used it in the second position because it is a magic monster so it will be able to do attack from the first position. I have upgraded to level 2 for Demoralize ability. The magic monster directly attacks on health instead of armor unless there is no change in the rules. 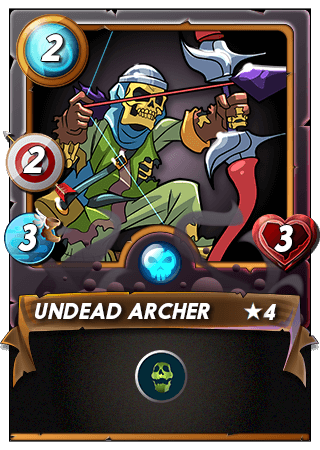 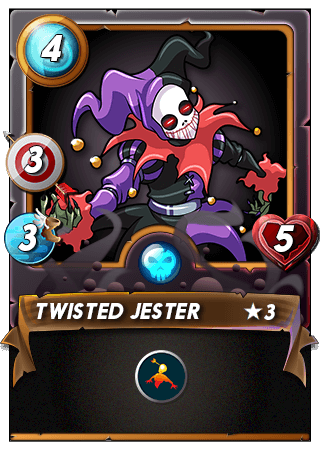 In the fourth position, I used TWISTED JESTER which is a Ranged attack Rare Death Splinter Monster. At the lower level, it has Snipe ability and gives -2 ranged damage in each round. Most of the time I use it in the last position because it is a ranged attack Monster and can only attack from some distance. I have upgraded it to level 3 for -3 ranged damage and will soon upgrade it to level 5 for Dodge ability. 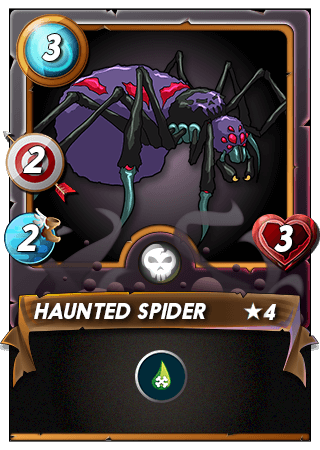 In the fifth position, I used HAUNTED SPIDER which is a Ranged attack common Death Splinter Monster. At the lower level, it gives -2 ranged damage in each round. I used it in the fifth position because it has Poison ability and also it is a ranged attack Monster so it can only attack from distance. I have upgraded it to level 4 for Poison ability. 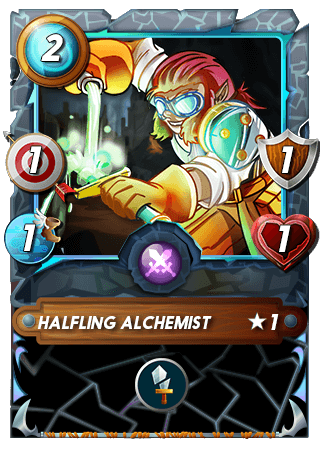 In the last position, I used HALFLING ALCHEMIST which is a ranged attack Epic Neutral Monster. I also like this monster because it costs only 2 mana and having Halving ability with 1 armor. Here I used it because if its halving ability which will cut half of the enemy monsters attack. 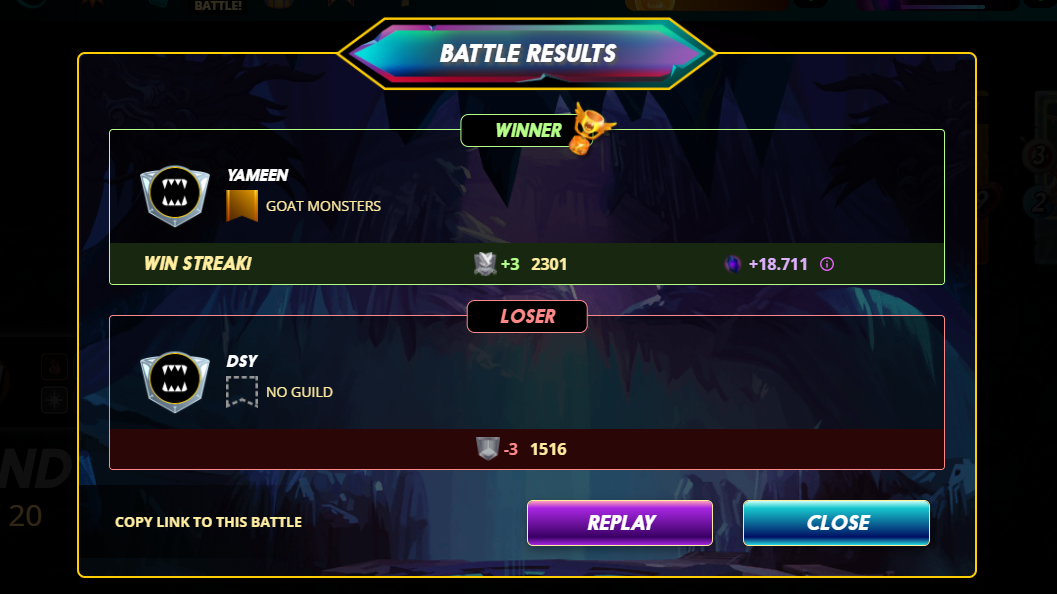 Yes, my strategy worked very well for me and I won this battle. 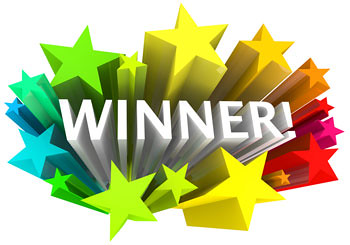 Yes, I like EQUALIZER ruleset because in this ruleset all monsters have the same health. It is the best ruleset in which we can use the low health monster.