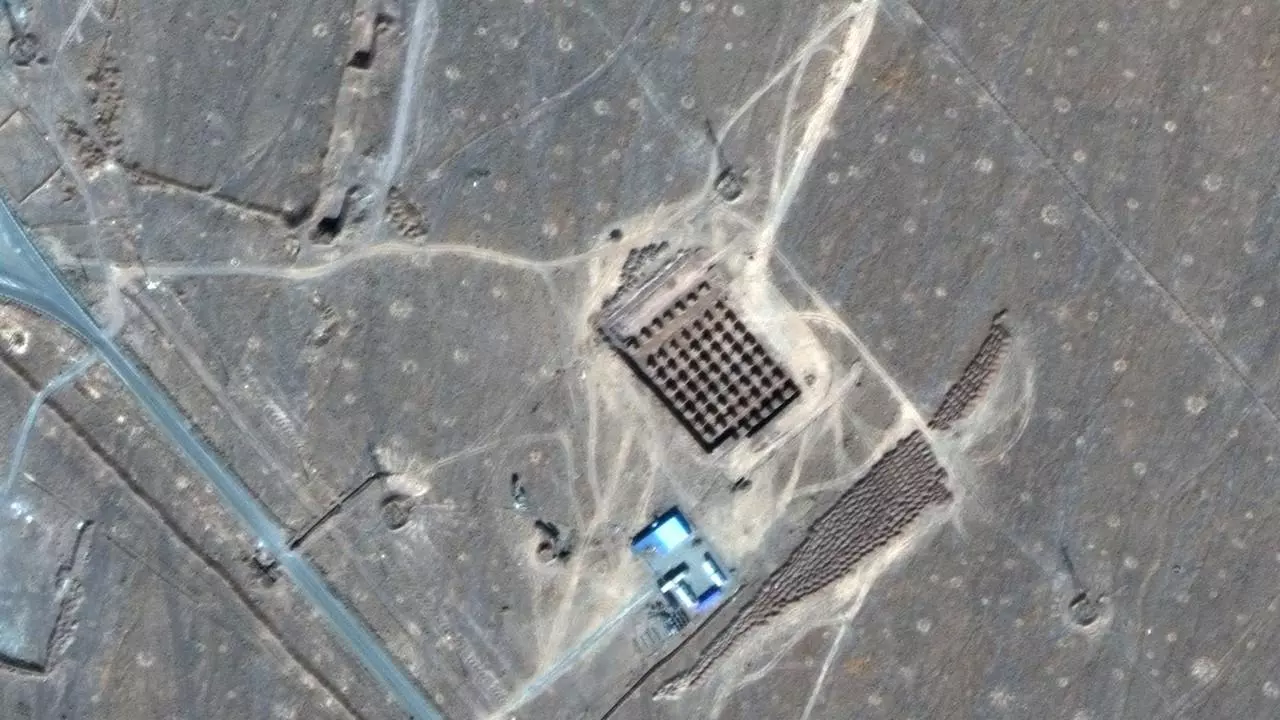 As efforts continue in Vienna to bring the United States back into the nuclear deal with Iran, Israel sent a high-level delegation of intelligence and defence officials to Washington last week to try to dissuade the US from returning to the accord, while at the same time, it prepares for after it does.

The Israeli delegation, which included Mossad Director Yossi Cohen, Israeli National Security Advisor Meir Ben-Shabbat and the heads of the military intelligence and strategic branches, held several meetings with top American officials to discuss the repercussions of US reentry into the Joint Comprehensive Plan of Action (JCPOA), better known as the Iran nuclear deal.

Prime Minister Benjamin Netanyahu briefed the delegation before it left for Washington, instructing it to “to express opposition to the agreement with Iran and not to discuss it, because it constitutes a return to the previous deal, which was dangerous to Israel and the region”, according to a news briefing by Netanyahu’s office, quoted in the daily Haaretz. “If serious talks are held in the future on an improved agreement, Israel will express its opinion.”

Netanyahu has repeatedly said, since the deal was signed in 2015, that Israel was not bound by it. But the fact that he sent a high-level security delegation to Washington indicates that there are still issues to be discussed.

“Although Netanyahu said that Israel isn’t bound by the agreement, I assume that the meetings in Washington are taking place under the working premise that Israel understands that the United States is returning to it. Otherwise it wouldn’t have made sense to hold these talks while indirect negotiations are being held with Iran in Vienna”, Eldad Shavit, a senior research fellow at Israel’s Institute for National Strategic Studies (INSS) specialising in relations with the United States, told FRANCE 24 on Sunday.

“It’s possible that Israel presented its reservations about the US returning to the agreement, but more importantly, I imagine the delegation’s visit was intended to produce some effective and good channels of communication with the new administration,” Shavit said. “Things don’t simply end with the US re-entering the deal. The Americans themselves said they wanted the deal to be a platform to achieve a 'longer and stronger' agreement, and I think in this context, Israel has a lot to contribute.”

Among other high level meetings in Washington, the Mossad chief met with US Secretary of State Antony Blinken on Thursday, according to officials cited by news agencies. And on Friday, US President Joe Biden dropped in on one of the meetings, a US National Security Council spokesperson told Haaretz.

During the meetings, the American security officials “updated Israel on the talks in Vienna and emphasised strong US interest in consulting closely with Israel on the nuclear issue going forward”, the White House said in a readout released after one of the meetings.

Israel’s ambassador to the US and the UN, Gilad Arden, who took part in the talks, told the Israeli news website Ynet that he expected that the US and Iran would strike an agreement within weeks.

“I say it with regret, the Americans presented before us the difficulties in the negotiations with Iran, but still, the estimates in Israel are that the sides will reach an understanding in the coming weeks,” Erdan said. “There may be some disagreements on how many sanctions [the US] will remove and how [Iran] will return to abide by the agreement, but the Iranians have recognised that there is an overall desire to return to the old nuclear deal signed at the time of Obama. We believe that returning to this bad agreement is a mistake, even a significant one.”

Yossi Kuperwasser, the former head of Israel's strategic affairs ministry and a senior fellow at the Center for Public Affairs, a Jerusalem-based pro-Netanyahu think tank, agrees.

“The return of the 2015 agreement means paving a safe path for Iran to achieve the ability to produce nuclear weapons in large quantities – a large arsenal of nuclear weapons – within 10 years,” Kuperwasser told FRANCE 24 on Sunday.

“Israel is very worried about this and wants to be very clear that Israel is not bound by this deal and that it will do everything it can to prevent Iran from producing nuclear weapons. And I’ve also heard the Americans say that they understand this. That it is important,” he said.

When the Iran nuclear deal was signed in 2015 under President Barack Obama – also with France, Germany, the UK, Russia and China – it was welcomed internationally as a great diplomatic achievement. But Israel and Arab Gulf countries, close allies of Washington, vehemently opposed it.

Three years later, in May 2018, President Donald Trump withdrew from the accord and announced harsh new sanctions against Iran, and in retaliation, Tehran ramped up its uranium-enrichment activity. The deal has been flailing since.

Biden, who was Obama’s vice president when the deal was signed, has said he now intended to return to it – once Iran returned to compliance and rolled back its nuclear activities. But Tehran is demanding that the US first lift the sanctions before it can even rejoin the talks.

The Vienna meetings, in which representatives of France, Germany the UK, China and Russia have been shuttling between US and Iranian delegations, are intended to break this impasse. And though progress has been reported from the talks, diplomats have said they need more work and time. “I’m not going to characterize the substance of the negotiations at this point because they are in... an unclear place,” US National Security Advisor Jake Sullivan said on Friday.

“We’ve seen willingness of all sides, including the Iranians, to talk seriously about sanctions relief restrictions and a pathway back into the JCPOA,” Sullivan told an Aspen Security Forum webinar on Friday. “But it is still uncertain as to whether this will culminate in a deal in Vienna."

Israel says the deal needs to be vastly improved before it can support it. “The powers have to force Iran to dismantle all of their installations intended for solely military purposes (though in my opinion, all of their nuclear facilities are military), like the enrichment facility in Fordow. They don’t need them, since they promise that their intention is not to produce weapons,” Kuperwasser said.

Also, “there needs to be better oversight. The Americans say this deal includes more international inspection in Iran than ever before, but there’s none!” Kuperwasser exclaimed.

According to Shemuel Meir, a strategic blogger at Haaretz, there is, in fact, very strict international oversight in Iran. “The IAEA’s nuclear agreement and regime of oversight were cast according to the rules of the Cold War: to constantly suspect the other side and devote all effort to verification and oversight. This is how the most intrusive supervisory regime in nuclear history has been imposed on Iran," Meir wrote in his blog on Sunday.

"It includes the continuous presence of field inspectors; use of advanced technologies; and a direct broadcast from the facilities to the agency in Vienna in real time. This is in addition to the independent effort (satellite photography, eavesdropping and collection of environmental samples) of the United States and other countries.”

Another Israeli demand is to extend the “sunset” provision on uranium enrichment and centrifuges, which sees some restrictions on Iran’s nuclear enrichment programme lifted in 2025 and 2030. But the ban on military enrichment required for the production of fissile material for a bomb is not limited in time, according to Meir. It is imposed on Iran by virtue of its signing of the Non-Proliferation Treaty (NPT).

Israel is also concerned about Iran’s ballistic abilities, as well its funding and arming of regional militant groups, such as the the Hezbollah and Hamas, and these concerns were also raised in Washington.

“The United States and Israel agreed to establish an inter-agency working group to focus particular attention on the growing threat of Unmanned Aerial Vehicles and Precision Guided Missiles produced by Iran and provided to its proxies in the Middle East Region,” said the White House readout released last week.

Kuperwasser said this assistance was welcomed, but that Israel would need more from the United States.

“This always comes up: When our security is put in jeopardy as a result of American actions, we seek compensation for other elements of our security,” Kuperwasser said. “But what Israel really needs – and on this, the Americans will be more hesitant – is to achieve a better capacity to harm Iran’s nuclear infrastructure. I don’t know if this was discussed in Washington – it certainly wasn’t reported – but we must talk about the need to give Israel a more significant capability to attack in Iran.”

Arab countries in the Gulf have long shared Israel’s concern over Iran’s military and nuclear ambitions. It was this shared concern that made it possible for Trump to broker the Abraham Accords at the end of his term as president, normalising ties between Israel and the UAE, Bahrain, Sudan and Morocco.

Saudi Arabia has also demanded more oversight and that the “sunset” provision be removed from the Iran nuclear deal.

“We want the ‘sunset’ provision to be eliminated so that Iran cannot indefinitely enrich uranium. And we want to have a broader and deeper inspections mechanism to make sure that everything in Iran can be inspected, should there be a need,” Saudi Foreign Minister Adel Al-Jubeir told Arab News in an exclusive interview on in March.

The foreign minister also blamed Iran for being involved in intensified Houthi attacks on Saudi Arabia. “All of the missiles and drones that came into Saudi [territory] are Iranian manufactured or Iranian supplied,” he said. “Several of them, as we've said, came from the north; several came from the sea.”

But with a new US president in the White House, the geopolitical balance might be shifting again.

Last Tuesday, Saudi Crown Prince Mohammed bin Salman called in a television interview for “a good and special relationship” with Tehran, after sources said the two countries had held secret talks in Baghdad.

Iran’s foreign ministry spokesman Saeed Khatibzadeh reacted on Thursday by saying that Tehran has been “a pioneer on the path to regional cooperation and welcomes the change of tone from Saudi Arabia”.

For Israel, one of the most important things right now is to be aligned with Washington, said Shavit of the INSS.

“First of all it is important to ensure that our positions are aligned. The discussion with the Americans right now should be about how to react if the Iranians do not return to the agreement, or if they don’t abide by it, or violate it and take [aggressive] action in the region. There are many issues on which it’s very worthwhile to coordinate Israel and US activities in advance vis-à-vis Iran,” he said.

“It’s essential that the Americans will always retain the option to respond," said Shavit. "During the Obama era, he used to say all the time that all options were on the table. The US needs to make it clear to the Iranians – and I think it already is – that it has options – diplomatic, economic and use of force – all options are open."