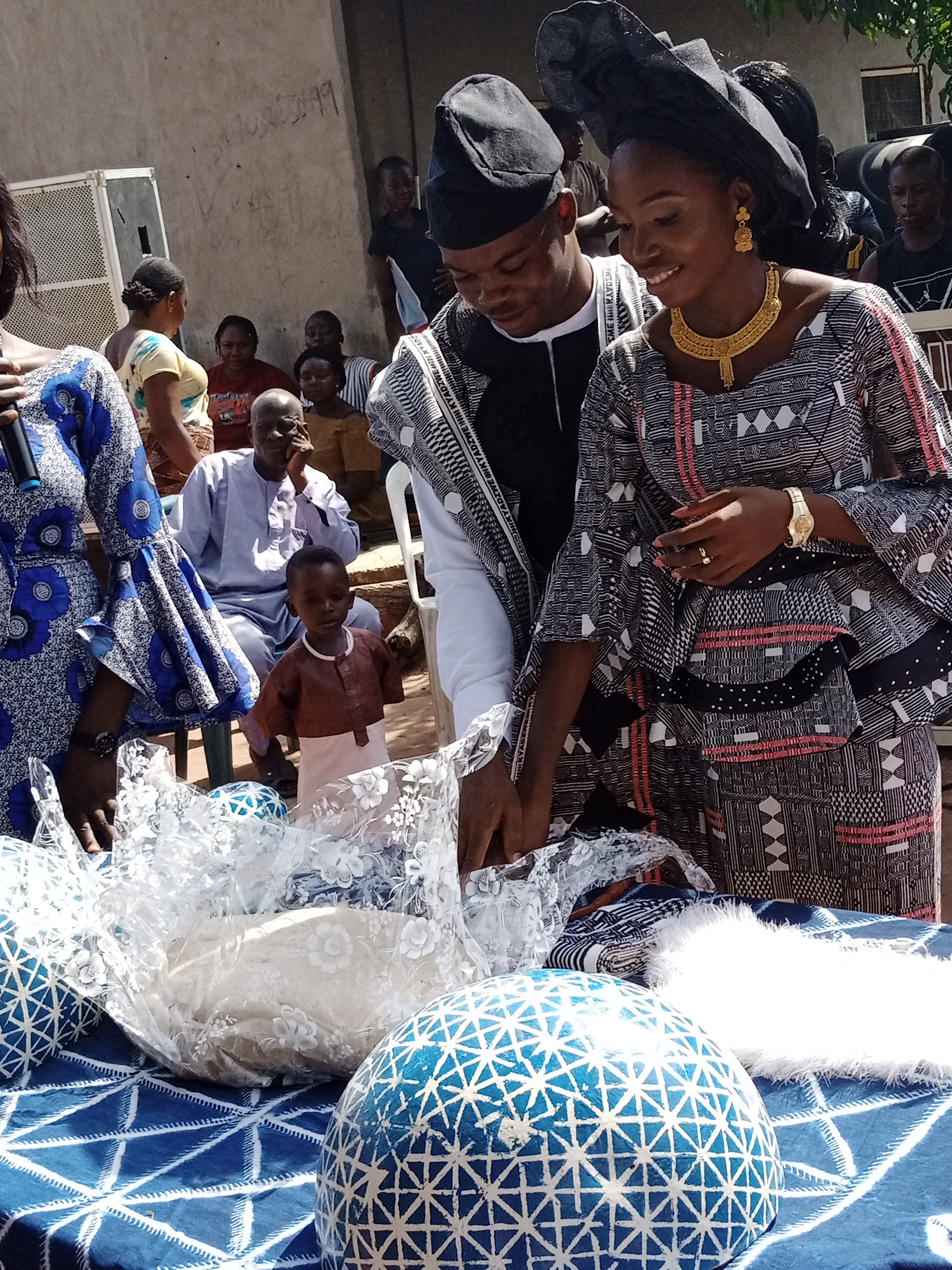 Dear dairy,
I woke up today by 6am said my morning prayers then I went to the tap and fatch water. After that I brush my teeth then took my bath and drank a cup of coffee.

On my way going for the traditional marriage

The program started by 9am. I Left the hostel around 8:30am and I went to there house on my reaching there the mark-up artist was already attending to her.

It was 9am when she finished dressing then my self and the final year student of NIFES took a snap shot with her, after that we all enter the compound because the ceremony has started already.

After the traditional marriage I came back to the hostel it was already 1:30pm I was seriously exhausted then I took my bath after that I went to @simonnwigwe compound so that we will use his system to attend the zoom meeting organized by Uyo city coordinator, @ngoenyi the meeting lasted for 40minute, and it was an interactive session I learned Alot. After the zoom meeting @simonnwigwe prepared this delicious meal which we ate.

It was 4:30pm already then I came back to my hostel and I decided to take a nap for an hours when I woke up I took my bath and prepared for the after marriage party.

I left my hostel by 6am and I went for the after marriage party all her friends and that of the groom were there, and we discussed alot about there white weeding, after much discussion then we celebrated her birthday after which the program ended.

I came back to the hostel around 9:30pm then I took my bath and when straight to bath.