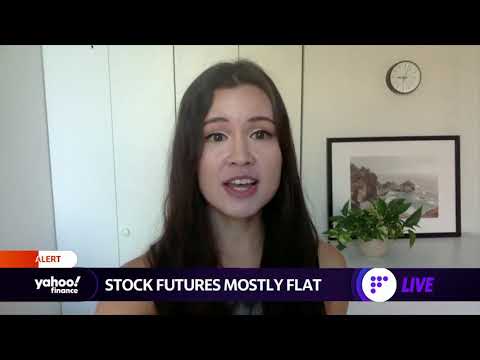 Or rather, has held in better than feared by economists and policymakers alike.

In October, we highlighted data coming in better than expected after the CARES Act lapsed in July and no additional fiscal support had come in to fill the hole. In December, we noted that pent-up demand from an inability to spend on many services and experiences coupled with fiscal support could supercharge growth this year. And earlier this month, we flagged economic surveys and employment data that pointed to continued improvements in the economic outlook.

And then on Wednesday morning, retail sales data spelled out how additional spending power to consumers coupled with continued economic resilience will serve as a potent accelerator for economic growth in 2021. And it shows why folks like Jan Hatzius at Goldman Sachs have been so aggressive in raising their economic forecasts for this year and next.

Retail sales for the month of January rose 5.3%, far exceeding Wall Street’s consensus expectations for growth of 1.1%. Gains were broad-based across categories, with every category recording a positive month-on-month comp and notable gains coming from surprising areas like department stores, where sales rose 23.5% in January. Bespoke Investment Group noted Wednesday that this marked just the fifth month since 1992 that all 13 sectors within the report recorded month-on-month gains.

Michael Pearce, senior U.S. economist at Capital Economics, said in a note Wednesday that this report “underlines how quickly re-openings and the $600 stimulus [checks] have fed through to stronger spending. The faster than expected fiscal boost means we now forecast first-quarter GDP growth to be 7.8% [annualized], up from our previous forecast of 6.0%.”

Pearce added that "outsized gains in big ticket discretionary items suggests that the $900 [billion] fiscal stimulus, passed late last year, is working as intended — with most Americans receiving $600 per person stimulus cheques early in the month, while monthly unemployment insurance payments were increased."

So while the overall size of the individual checks in the most recent round of stimulus were smaller than what was disbursed in April, spending has been quicker to follow from this distribution.

In a report to clients published last month, Michelle Meyer and the economics team at Bank of America included the following chart, which showed the speed with which the latest round of stimulus checks were feeding into the economy.

Consumers have been spending their stimulus checks more aggressively at the start of the year, something we clearly saw feed into a stellar retail sales report on Wednesday. (Source: Bank of America Global Research)

All of which suggests this kind of data may be just a preview of what’s in store over the balance of the year if anything like the $1.9 trillion fiscal plan currently being discussed by lawmakers is indeed passed.

And outlines why upside risks are still a factor in the market story right now.

By Myles Udland, a reporter and anchor for Yahoo Finance Live. Follow him at @yahoofinancelive

What to know today

As Congress debates a minimum wage, both sides say they have the data on their side

For tutorials and information on investing and trading stocks, check out Cashay