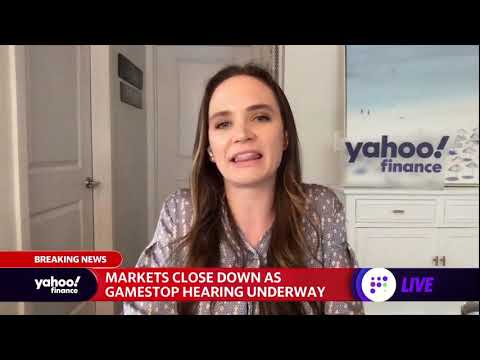 Earlier during the regular session, the three major indexes ended lower, and the Dow posted its first drop in four trading days. The S&P 500 fell for a third straight day for its longest losing streak since December, but still was less than 1% from its recent all-time high after a rally earlier in the month. The Nasdaq underperformed, as investors extended a rotation into cyclical stocks and away from some high-growth tech names.

"While performance breadth has increased, our work shows that the dispersion of individual stock returns has been on the rise and the direction and movement among S&P 500 stocks have become more independent," BMO Capital Markets strategist Brian Belski wrote in a note Thursday. "This combination of rising performance dispersion and falling intra-stock performance sets up an environment that is conducive for potential alpha generation and one that should favor stock selection, in our view."

Though the major equity indexes have drifted lower the past few sessions, they have still held near record levels as optimism over a strong economic recovery continues to fuel a risk-on mood. Treasury yields have also climbed over the past several weeks amid optimism over a firming economic backdrop, and held near a one-year high of 1.31%.

Developments around the virus have been encouraging after a post-holiday spike. New COVID-19 cases, hospitalizations and deaths have abated in recent weeks, and the number of new cases per day has averaged 77,665 over the past week, for a drop of 43% from the average of the two weeks prior, according to New York Times data. And an analysis from Bloomberg on Thursday showed that the U.S. vaccine supply is poised to double from the current rate of 10 million to 15 million doses per week within the next few weeks, allowing more shots to be given in the near-term.

While some economic data have already showed signs of a rebound in many areas of the economy, other data disappointments have underscored the nonlinear nature of the economic recovery. New jobless claims unexpectedly rose to a one-month high last week, as virus-related pressure on the labor market weighed more heavily than anticipated even after some improving trends in new infections. And while retail sales handily topped expectations at the start of this year, some economists have warned that a pullback may occur in February due to extreme weather and diminishing benefits from stimulus checks distributed earlier this year.

Here’s where markets were trading Thursday evening as the overnight session kicked off:

Emily McCormick is a reporter for Yahoo Finance. Follow her on Steemit: @yahoofinancelive