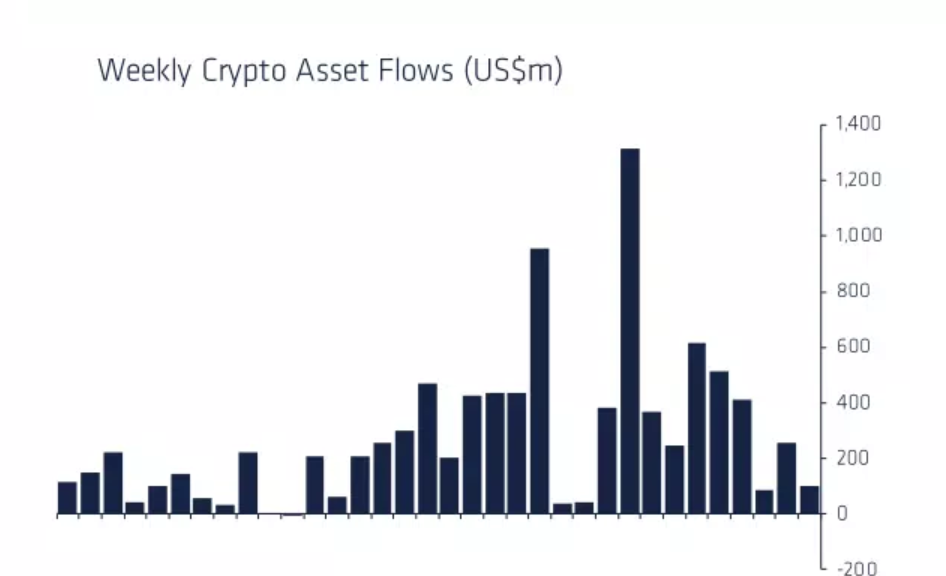 Cryptocurrency fund inflows declined by roughly 58% to $99 million last week. Lower investor appetite for digital asset funds could reflect uncertainty over bitcoin’s price, which recently has traded in a range between $53,000 and $61,000.

“Since the February price highs and heightened volatility, we have seen a steady decline in appetite amongst investors,” according to a report by CoinShares, a digital asset management firm.