Could AMC, GameStop, or Sundial Shares Fall to $0? 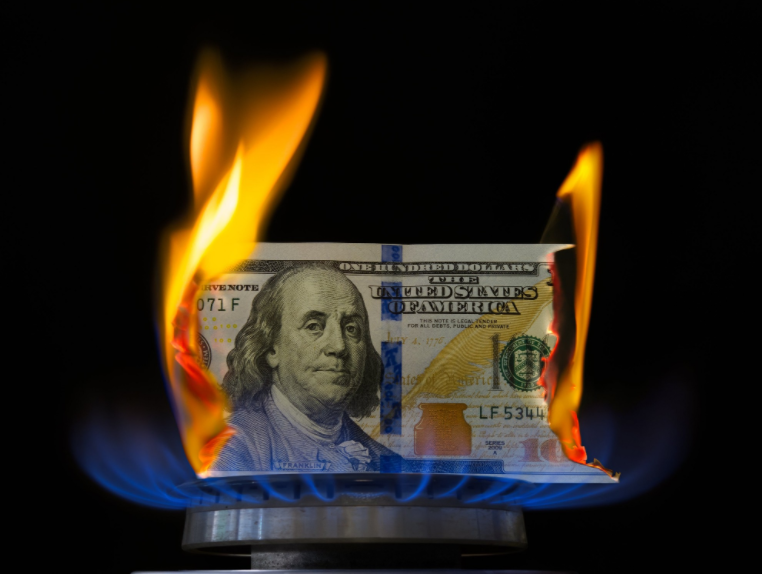 No matter how long you've been investing in the stock market, there's always something unique going on. Last year, it was Wall Street navigating its way through an unprecedented pandemic. Meanwhile, in 2021, it's all about retail investors whipsawing equities.

Beginning in mid-January, retail investors from Reddit's WallStreetBets chat room began allying with each other to take on institutional investors and hedge funds with large short positions in select stocks. Short-sellers are investors who make money when share prices decline.

In simple terms, these retail investors purchased shares and out-of-the-money call options on stocks with high levels of short interest to create a short squeeze -- i.e., an event where pessimists rush for the exit, which causes a rising stock to really take off. Short squeezes were responsible for sending popular Reddit stocks like video game and accessories retailer GameStop (NYSE:GME), movie theater chain AMC Entertainment (NYSE:AMC), and Canadian pot stock Sundial Growers (NASDAQ:SNDL) "to the moon."

While the year-to-date gains in this trio have been robust, what remains to be seen is if these gains have any staying power. None of these businesses have performed particularly well over the past year, and Wall Street's consensus price target over the next 12 months calls for each of these stocks to lose in excess of 50%.

It begs the question: Could the market's most-hyped stocks -- AMC, GameStop, and Sundial Growers -- completely break down and eventually fall to $0? Let's take a closer look.

Could GameStop go to $0?
There's little question that GameStop has some serious challenges that lie ahead. This is a company built on a brick-and-mortar business model that worked very well for a good two decades. But with gaming pushing into the digital realm and GameStop stuck with its brick-and-mortar platform, it now finds itself behind the eight-ball.

But there is good news: I don't see it going to $0 anytime soon, if ever.

GameStop ended fiscal 2020 (Jan. 30, 2021) with approximately $635 million in cash. This compares to $146.7 million in short-term debt (due within 12 months) and $216 million in long-term debt. If GameStop wanted to completely wipe out its debt today, it could do so and still have $272.3 million in cash left over. GameStop won't do that because it needs this cash to continue executing on its digital-focused transformation, but there's almost no pathway in the intermediate future (i.e., the next three to five years) where GameStop goes bankrupt and heads to $0.

Keep in mind that just because I don't believe it's going to $0, it doesn't mean the stock is a buy. On the contrary, GameStop's full-year results were pretty bad, and its outlook for the future less than stellar. Plagued by coronavirus closures and the permanent closing of 12% of its stores, total sales fell 21% in 2020 despite a 191% increase in e-commerce sales.

I see a scenario where GameStop eventually gives back all of its Reddit-based gains, which would return it to around $20 a share.

Could Sundial Growers go to $0?
Marijuana could be one of the fastest-growing industries this decade, but Sundial Growers has been largely left in the dust by rapidly growing U.S. multistate operators and even many of its Canadian peers, which have used dealmaking to their advantage.

And yet, there's good news here, as well: I don't see Sundial's share price heading to $0.

As noted in the company's fourth-quarter operating results, Sundial had $719 million Canadian dollars in cash (about $572 million U.S.), as of March 15, 2021, and no debt. It also recently floated a prospectus to sell up to $800 million in common stock via at-the-market (ATM) offerings. Suffice it to say, Sundial is one of the most cash-rich marijuana stocks, which should ensure it doesn't go bankrupt and head to $0.

However, it's also one of the most poorly managed pot stocks. In an effort to clean up its balance sheet, Sundial issued a mountain of shares via registered direct offerings, ATM offerings, and debt-to-equity swaps. In just a five-month period, the company more than tripled its outstanding share count from 509 million to 1.66 billion. If Sundial were to execute its recent ATM offering in full, its total share count would easily surpass 2.1 billion.

Having lots of cash is fine, but Sundial's management team doesn't exactly have a plan for what to do with it. And with each capital raise, shareholders are being diluted into oblivion. Having so many shares outstanding will make it virtually impossible for Sundial to generate meaningful earnings per share, and it could make the company a regular threat to be delisted, with its stock struggling to stay above $1 per share.

As the icing on the cake, Sundial continues to lose quite a bit of money as it transitions from wholesale cannabis to retail. The arrow is most definitely pointing lower -- just not to $0.

Could AMC Entertainment go to $0?
Lastly, there's move theater chain AMC Entertainment, which has been clobbered by the coronavirus pandemic. The good news for AMC is that most states are beginning to lift some of their coronavirus restrictions, which is allowing the company to reopen its theaters. As of March 26, 99% of its theaters were open, in some capacity.

But unlike GameStop and Sundial, which both have healthy net cash positions, AMC's balance sheet is nothing short of a horror flick. In other words, I believe a pathway exists where AMC could go bankrupt and have its stock end up worthless within the next couple of years. In my view, this makes it the most dangerous of these popular Reddit stocks.

According to AMC's fourth-quarter and full-year operating results, the company has in excess of $1 billion in cash. The majority of this capital ($917 million) was raised between mid-December and mid-January by selling nearly 165 million shares of common stock and issuing over $400 million in debt capital. That might sound like a lot of cash, but it's peanuts compared to the $1.3 billion free cash outflow reported in 2020 and Wall Street's consensus of $1.75 billion in aggregate operating losses over the next two years.

What's more, AMC ended last year with a whopping $5.7 billion in corporate borrowings and paid almost $357 million in interest expenses. The vast majority of its loans in 2020 were undertaken with interest rates ranging from 10% to 12%. With lending rates at historic lows, these ultra-high loan rates demonstrate just how much trouble AMC's balance sheet and operating model are in.

To round things out, the company's business model is being turned on its head by select streaming providers. Without the guarantee of film exclusivity, AMC has virtually no chance of getting back on its feet.

This article represents the opinion of the writer, who may disagree with the “official” recommendation position of a Motley Fool premium advisory service. We’re motley! Questioning an investing thesis -- even one of our own -- helps us all think critically about investing and make decisions that help us become smarter, happier, and richer.